Canada will be vulnerable to economic disaster should the Northern Gateway pipeline be rejected, the proponent told a federal review panel Monday as the final phase of public hearings got under way.

Richard Neufeld, the lawyer for Calgary-based Enbridge Inc., said there are billions of dollars at stake. "It's going to allow our country to enjoy tremendous economic benefits that would be afforded by this project, while at the same time providing fair and reasonable protections for local and regional interests," he said.

The $6-billion project would free land-locked Alberta to expand its customer base beyond the United States, delivering oil to a tanker port on the B.C. coast and beyond, to the lucrative oil markets of Asia. Should the line be rejected, the whole country will face the economic consequences, he said.

"How about a decision from the U.S. that it will no longer need Canadian oil?" Mr. Neufeld told the panel. "Canadians would be facing, we suggest, an economic catastrophe of unprecedented proportion."

After a more than a year of hearings, dozens of members of the public packed a hotel conference room in Terrace, B.C., to listen to the final arguments under the watchful eyes of private security guards and RCMP.

About 200 opponents of the project held a rally in the city on Sunday, and they promised another protest Monday afternoon outside the hotel in the scenic city 62 kilometres from Kitimat, the home of the proposed Northern Gateway tanker port. Last year, the city council in Terrace voted to oppose the pipeline. Nearby Smithers and Prince Rupert have done the same.

The project involves two 1,200-kilometre pipelines, one carrying diluted bitumen, the heavy, molasses-like oil produced in the oil sands, west to the tanker port, and the other carrying natural gas condensate, used to dilute the bitumen, east to Alberta.

More than three dozen parties are scheduled to make a final appeal to the panel over the next two weeks, including the province of British Columbia, which announced last month that it does not support the pipeline going ahead as proposed.

Although the panel reiterated Monday that all evidence is now closed, B.C. Premier Christy Clark said just last week that negotiations continue on the five conditions set out by the province.

Supporters of the pipeline that have remained largely quiet throughout the process are now slated to present their final arguments, including the Alberta government, the Edmonton Chamber of Commerce and Canadian Association of Petroleum Producers, as well as industry players such as Nexen Inc. and Cenovus Energy Inc.

Chief Herb Arcand, of the Alexander First Nation in Alberta, told the panel that his band has signed a partnership agreement with Enbridge, though he criticized the federal government for failing to meet its obligation to consult with First Nations.

Although Enbridge has said 60 per cent of First Nations along the pipeline route have signed on for equity agreements, only one had admitted publicly to doing so, and faced a backlash from some community members.

John Carruthers, president of Northern Gateway Pipelines, said that as the clock winds down on the review process, he believes the project will go ahead. The company told the panel that, if approved, operations would commence in 2018 – two years after the initial estimated start date.

"Yes, the project should proceed, and that doesn't stop the dialogue," he said outside the hearing room. "We'll continue to have dialogue with those who support the project, with those who oppose the project. There are still issues people have and we'll still try and address those, but in terms of the big questions, it's urgently needed and it can be built and operated safely."

Art Sterritt, executive director of Coastal First Nations, disagreed. The coalition of aboriginal groups that call the B.C. coast home rejoined the review process it had walked away from earlier this year in order to appeal to the panel to reject the pipeline.

The panel's report to the federal government is due by the end of the year. 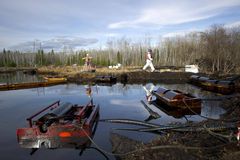 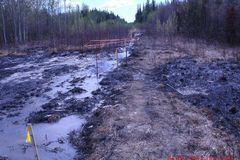 Opinion
Forget pipelines – Canada must prepare for a post-carbon world
May 17, 2013 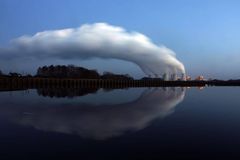 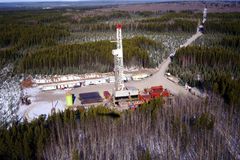 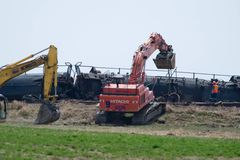 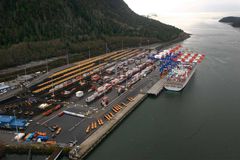 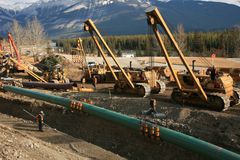 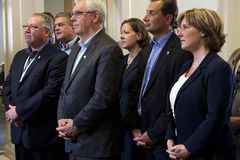