The Keystone XL pipeline has brought into sharp relief some of the most pressing economic, political and social issues facing the continent. As a U.S. review on a presidential permit for the project nears its conclusion, reporter Nathan VanderKlippe hopped in a car and drove the pipeline's route to sketch the people and places that stand in its way. This is the third part of a week-long series.
Part one: What I found on my trip along the Keystone route
Part two: Skeptical artists, multiplying bison and American believers
Part four: 'Great white father... we do not want this pipeline'
Part five: Nebraska pipeline fighter: 'I wouldn't take $5-million'
Part six: Keystone builder's view: 'We take great pride in our work'
View a map of Nathan's journey
Explore more on our Keystone XL pipeline page.

But this is a school that oil has made wealthy. Baker, Mont., sits on a high prairie plain, surrounded by clay-like "gumbo" buttes, a pretty little lake and a forest of oil wells. In Montana, those wells pay a production tax, and somewhere between a fifth and a quarter of that tax goes directly to the school districts. At one point recently, those dollars had piled into a $43-million war chest at Baker High, some of which is now being poured into facilities that would make most big-city high schools jealous. The entire annual budget of the Baker municipality, by comparison, is about $3-million.

"Our school district is rich. Literally, rich from the oil revenues," says Mark Arnold, the man who leads Baker Community Church and goes by Pastor Mark.

Baker is an important spot for TransCanada. It is a crossroads for the Keystone XL project, where oil flowing from the roaring oil fields of North Dakota's Bakken play will join crude travelling down from Canada. This junction was not in TransCanada's initial plans, but lobbying by former Montana governor Brian Schweitzer successfully pushed the company to add plans for a line to take some U.S. energy south.

The surge of U.S. energy production is creating obvious change. Roads in these parts of North Dakota and Montana are swollen with trucks. Fields and backyards sprout RVs, home for workers unable to find better – or more affordable – housing.

It's also provided opportunity for Pastor Mark. He recently added a contemporary Tuesday service and a Thursday community dinner to cater to newly-arrived workers and those stuck on weekend shifts. His church is small, but changing fast. "I bet the average age of my adult congregation is down 30 years since I came here," he says. That was just seven years ago. And while not everyone likes the idea of a big new oil pipeline passing their town, most are supportive.

"We have pipelines all over the place. One of my leading families owns a pipeline company," Pastor Mark says. He once asked for a show of hands to see how many parishioners would turn down an oil well on their property. No arms were raised. In 2012, he points out, 80.3 per cent of people in surrounding Fallon County voted for Mitt Romney, the Republican candidate.

Pastor Mark wouldn't say no to some oil money himself.

"I'll let them drill behind the parsonage," he says, laughing. "Praise God! Let the oil flow!"

THE CHALLENGES OF A 'MAN-CAMP'

It's a small project, but Baker, Mont., is a small town. And the heavy equipment digging in a new water line to a field on the outskirts is a sign that something big is coming.

Baker is where TransCanada plans to build one of the Keystone XL worker camps, or "man-camps" as they're known in the United States. To prepare, the company is spending heavily here. Between the water line, a sewer line, a new 2.9-million-litre water tank and other upgrades to the municipality's services, it is pouring nearly $3.5-million into the area. If Keystone XL goes ahead, the man-camp will hold 800 to 1,000 workers. In 2011, Baker was home to 1,780.

Clayton Hornung, a 43-year school teacher who is retiring this year but intends to stay on as mayor, calls it a "win-win" for the community.

"We don't have the revenue to improve our infrastructure. So if TransCanada is willing to help us out, I think that will be great, and we can help them," he says.

But dealing with TransCanada hasn't been all easy for Baker, which is spending its own money to support a camp that will likely provide benefits for just a couple of years – and opens numerous avenues for problems. Worried about the public security implications of so many workers descending on the area, Baker has already hired two new cops, beefing up its police force from three to five. Those officers have already been hired, though it's not clear when or if the pipeline will be built.

TransCanada also rebuffed requests to drill an additional water well, opting instead to recondition one of the town's existing four sources of drinking water. Baker, too, is spending its own money to add an extra holding cell to its sewage lagoon. It only expects to get two or three permanent workers out of Keystone XL, if it's built. Even in this oil-rich area, many opposed the project.

"When you look locally, it's probably a 50-50 split," Mr. Hornung says. "Some people say there's probably too much of a negative impact."

Even Michael Heiser isn't entirely happy about the project. His great-grandfather bought Heiser's Bar in 1933; the thin wooden planks on the floor were installed during Prohibition times, when it became a bowling alley. Today, the bar serves up a tasty brisket sandwich, and Mr. Heiser refuses to take payment for it. He likes the rise in oil drilling in the area. "We've noticed there's a lot of people in, and they come in and eat almost every night. And they don't cause problems," he says.

Keystone XL, too, sounds like a good idea, he says: "It could do a lot of good. Put a lot of jobs out there for a lot of people."

But the man-camp? That's different.

"From what I've heard, they're going to put their own grocery store out there, their own restaurant," he says. "That's just going to take away from our town."

Between local ranch work and oil field work, it's not like Baker needs the jobs, either. The unemployment rate here stands at 2.2 per cent – about as close to zero as a place can be.

The mayor confirms Mr. Heiser's fears. The camp will, in fact, have a mess hall.

But no one wants to eat camp food forever, the mayor says, and workers will invariably find their way into town – perhaps into Mr. Heiser's bar. Besides, the opportunity to renovate some infrastructure – even if Mr. Hornung didn't get everything he wanted – was too good to pass up. He estimates the town needs $17-million worth of improvements; the TransCanada money is a start, and Baker will get access to the water and sewer lines once the pipeline is built.

"It's nice to protect the environment," Mr. Hornung says, referring to one of the biggest criticisms of the pipeline. "But my biggest concern is an opportunity to create jobs, create revenue, improve our infrastructure."

If you were to commission a movie today on Keystone XL, it might be temping to call it "The Phantom Pipeline." After years of lobbying, political rancour, industry advertisements and activist arrests, this is a pipeline that does not yet exist.

It's not assembled yet, but the Keystone XL pipeline is already largely built. TransCanada has spent more than $1.8-billion already. And a good chunk of those dollars is lying on a field beside railway tracks running through North Dakota.

It's a startling sight on Highway 12, mid-way between Scranton and Reeder, right next to Zeke's Rooster Ranch. Pile upon pile upon pile of 36-inch-diameter pipe fills the field. Some pipe segments bears prominent "Made in Canada" ink. Others are made in the U.S.

Most pipes are coated in green. Some have now been painted white to protect the coating from damaging UV rays – a step TransCanada has been forced to take amid the long wait for Keystone XL. A man at a nearby rail yard says this will be the third summer it has been here.

There is so much that it would take days to count. I struggle to find an angle for a picture to convey the scale of it. Conservatively, I tell myself there must be at least hundreds of lengths of pipe, all 23 to 24 metres long.

A check with TransCanada proves that I'm wrong. The company calls this its Gascoyne pipe yard. It is home to 218 miles of pipe, or 350 kilometres. The northern leg of the pipeline is 1,897 kilometres long. This field contains nearly a fifth of Keystone XL. There are some 15,000 pieces of pipe here.

It is a staggering sight.

Seeing it makes clear the quandary TransCanada finds itself in today. It has spent heavily to prepare for pipeline construction. And yet it – and, indeed, the entire Canadian energy industry – continues to wait.

At the same time, the giant pipe yard is a tangible look at exactly what pipeline opponents are fighting so hard to stop. Where TransCanada looks at the steel and sees a gleaming piece of infrastructure that will be built to the highest standards of modern metallurgy and fabrication, critics sees pipe that looks disarmingly thin.

If nothing else, the Gascoyne yard is some kind of proof that Keystone XL is no phantom. It is very real, and it lives in a North Dakota field. 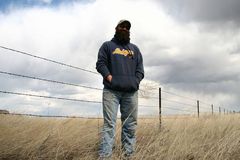 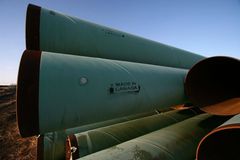 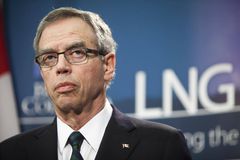 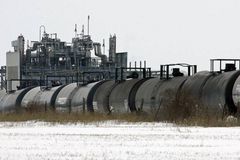 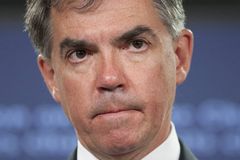 Oil sands growth will depend on Keystone: Canadian Natural
May 3, 2013 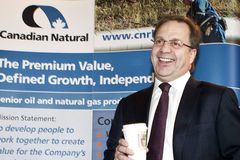