The provincial government and the gas industry are continuing to send a positive message about LNG development in British Columbia, but critics are saying a new report has exposed a harsh reality.

B.C. may not see any LNG facilities built until after 2020, according to the International Energy Agency, which reported Thursday that the world market is flooded with liquefied natural gas.

The Liberals swept to power in 2013 largely on Christy Clark's promise of a booming LNG industry, with five terminals predicted by 2018.

But the IEA says the Asian market has plunged, taking B.C.'s hopes with it.

"New projects … will struggle to get off the ground at current prices," the IEA stated in releasing its medium-term gas report.

It said companies are cutting capital expenditures and several LNG projects "are likely to be delayed or even cancelled."

"We realize we are working in a competitive market," Mr. Coleman said in an e-mail. "We are aware of the short-term challenges outlined in this report and have plans to address them."

He said the government has put in place long-term royalty agreements and other policies to give LNG proponents certainty.

"I'm very comfortable that this industry is moving forward and that we will in fact deliver LNG projects to British Columbia," he said. "I can't put numbers to it but I can say it wouldn't surprise me to see an LNG facility operating in 2020 … or perhaps two."

Mr. Keane said one or two companies may make final investment decisions later this year or early next year.

"Their timelines may not fit a political agenda, but they are moving forward," he said.

But Dr. Jennifer Winter of the University of Calgary's School of Public Policy said the prospects for B.C. are "definitely a lot worse" than they were a few years ago because the LNG market has been flooded with supply.

"There has been a big increase in [world] supply," she said. "Australia started building these facilities 10 years ago and now they are coming on line. … As well [there are] pre-existing facilities that have ended their 20-year contracts and now they have spare capacity to sell on the spot market."

"The cost of coal is tumbling, the cost of renewables are tumbling and Australia has locked up a lot of the long-term [LNG] projects for the near future," he said.

Mr. Ralston also said that in a push to get LNG projects going, the B.C. government has put the public interest at risk by offering LNG proponents extremely low royalty and tax regimes.

"They signed a long-term royalty agreement, a 23-year agreement with Petronas on the supply side, and that's unprecedented in British Columbia," he said. "These long-term deals can look pretty ill-considered in the harsh light five or 10 years out."

Dr. Andrew Weaver, the only Green MLA in the B.C. legislature, said the IEA report makes it clear that the government has been irresponsibly pushing LNG development.

"The really shocking thing about this IEA report is that it shows Canadians trying to buy their way into the international market [by offering low tax and royalty regimes]," Dr. Weaver said.

He said the B.C. government shouldn't be promoting the LNG industry in the face of a declining international market.

"I would describe it as irresponsible, desperate and reckless," he said. "It's reckless economic policy to continue down this path chasing a falling market. It's like trying to buy Nortel stock as it's plummeting … because you wish it would go up." 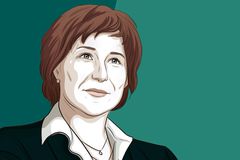 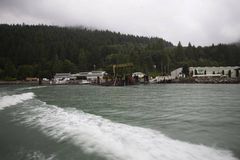