Canada must create a long-term, stable renewable-energy policy if the burgeoning sector is to become a sustainable industry in this country, solar industry executives say.

That policy should provide incentives to alternative energy companies until the sector's costs fall and it is able to compete with traditional energy firms in the oil , gas , nuclear and hydro businesses, they say.

Chief executive officers from the solar sector spoke Monday on a panel at the annual conference of the Canadian Solar Industries Association of Canada, an event that has expanded dramatically in recent years as the sector flourished.

One reason for the expansion is Ontario's feed-in tariff (FIT) program, which pays very high prices for solar-generated power (and other renewables), as long as a proportion of the equipment is manufactured in the province. The system won praise from the executives, but they say a broader, permanent policy of support from the federal government is also needed.

"A federal program [should]include solar in an overall energy program," said Ted Lattimore, CEO of Carmanah Technologies Corp., a Victoria, B.C., company that makes solar lighting equipment. "What [Ottawa]needs to do is to put something in place … and keep it there. Then people will build careers in the industry, education will be started up, and you will get private enterprise money flowing into it."

Shawn Qu, CEO of Canadian Solar Inc., said a sustainable energy policy is crucial "to get the industry kick-started."

Canadian Solar is a huge multinational solar-panel maker that does most of its manufacturing in China, but it recently started up a plant in Guelph, Ont. Other large-scale solar manufacturers may come to Canada, Mr. Qu said, but only if they are sure that support policies such as Ontario's FIT program will be in place for the long term.

He said it may take only about five to 10 years for the solar industry to sustain itself without direct government incentives. By that time Canada could have a substantial and highly automated solar "ecosystem" that will be able to compete with China's labour-intensive industry, which by then will have dramatically increased wages, he said.

A report released yesterday by the industry association said the solar sector would be competitive with other sources of electricity by 2025 at the latest.

Phil Whiting, CEO of EnerWorks Inc., a company that makes solar-thermal equipment - devices that use the sun's rays to heat water rather than generate electricity - said his segment of the industry is in deep trouble. It does not gain from Ontario's FIT program, and the federal EcoEnergy program that provided subsidies to solar-thermal customers is coming to an end.

"Whether we like it or not, the reality is that renewable energy today needs help from governments in order to build an industry," Mr. Whiting said.

Some large foreign players have withdrawn from the solar-thermal market, and Canadian players are seeing revenue fall, he said. "Without some support for the domestic industry today, the small Canadian manufacturers of solar thermal may not survive." As a result, he said, the solar-thermal industry could end up using only equipment brought in from outside Canada.

Kerry Adler, CEO of solar developer SkyPower Ltd., said Canadians don't realize how many subsidies the fossil fuel sector receives, and so should not be resentful of the renewable sector getting some help. "Let's face it, the federal government … goes out of its way to ensure that the oil and gas companies get all the subsidies and all the grants they need," he said. 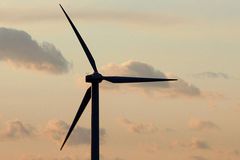 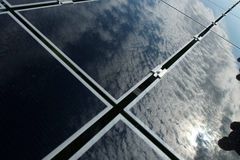