It was early 2014, and the mid-level financial manager couldn't hide her exasperation with the accounting practices at Penn West Petroleum, then one of Canada's largest energy firms.

"We are starting again with the stupid stuff to make the numbers look better," wrote the woman, a manager of operations analysis at Penn West, in an e-mail to her superior, Jeffery Curran. She was referring to a journal entry that would reclassify $2-million in operating costs as capital expenditure.

"My guys have spent the last day analyzing," the subordinate accountant complained. "And because they can't logically find reductions in opex [operating expenses], we are being told to play with the reclass again to get opex to a place where cost per BOE [barrel of oil equivalent] is reasonable."

This wasn't the first time the manager had raised concerns about accounting irregularities at Penn West Petroleum Ltd., according to a legal complaint filed by the U.S. Securities and Exchange Commission (SEC) in New York last week. What the manager – never named by the SEC document – didn't know at the time is it was in fact Mr. Curran who had directed another employee at the Calgary-based company to record the large, round number that had no bearing on actual spending incurred by Penn West on capital projects, according to allegations in the legal filing.

The manager ended the exchange by asking for a role change so she would no longer be involved with what she had deemed the "stupid stuff."

The repeated complaints from the manager and other employees are part of the extensive details laid out by the SEC as it pushes forward with civil charges against Penn West – now renamed Obsidian Energy Ltd. – and three former employees: Mr. Curran, who was then vice-president of accounting and reporting, as well as former chief financial officer Todd Takeyasu, and former operations controller Waldemar Grab. The SEC alleges an extensive, multi-year accounting fraud at the company between 2012 and early 2014.

Some of the accounting issues were already aired by Penn West itself in late 2014, and none of the specific allegations have been proven in court. But what the commission alleges in its 81-page civil complaint is a startlingly calculated strategy to make operating expenses at the oil and gas company – then valued at about $5-billion – appear significantly lower. The pressure to bring operating costs down, at least on the books, weighed heavily on senior members of the financial team, the SEC suggests.

Penn West used a "reclass-to-capital practice essentially as a 'cookie jar' account of capital to move out of operating expenses when deemed auspicious" by Mr. Takeyasu and Mr. Curran, alleges the SEC.

The "reclass-to-capital" line item in internal budgets was the key part of the fraud, according to the SEC. It allegedly represented Mr. Takeyasu and Mr. Curran's estimate of how many millions of dollars in operating expenses would need to be reclassified as capital annually "to meet management and investor expectations."

Lawyers for Mr. Takeyasu and Mr. Curran say the commission's allegations are without merit, and they will seek vindication through the courts. Mr. Grab couldn't be immediately reached for comment.

Obsidian, formerly Penn West, counters that the issues laid out by the SEC last week were made public and fully remediated years ago. After learning of the accounting irregularities in the summer of 2014, Penn West notified the SEC and the Alberta Securities Commission. A new management team hired a forensic accounting firm and launched a comprehensive review of company practices. In September, 2014, Penn West fully restated its financial reports for 2012, 2013 and the first quarter of 2014.

But the document from the SEC said from at least the end of 2012 through the first quarter of 2014, the defendants ignored warnings from other employees concerning accounting controls and practices.

Penn West had been one of the largest oil and gas producers in Canada, with production of about 133,000 barrels of oil equivalent a day in 2013. But it had struggled to keep its operating costs in check through "legitimate cost-cutting measures," says the SEC.

The alleged misdeeds might have begun with Mr. Takeyasu's July, 2012 reading of an analyst's report announcing a downgrade of Penn West stock, based on those higher costs. Shortly thereafter, the SEC alleges Mr. Takeyasu and Mr. Curran instructed Mr. Grab and the unnamed manager of operations analysis to reclassify $10-million of operating expenses as capital expenditure for the previous quarter – a move meant to give the appearance Penn West was spending less money than it actually was to get oil out of the ground.

From that point on, the alleged fraud of improperly reclassifying operating expenses as capital expenditures, and sometimes royalties, was carried out on a near-monthly basis, says the SEC.

The SEC, as a U.S. law-enforcement agency, has the power to subpoena documents and compel witness statements, and it shows in the detailed legal filing. In a July, 2013 e-mail to Penn West's then-chief executive, Mr. Takeyasu allegedly acknowledged that Penn West was "a bit unique with this reclass," speaking specifically of the "reclass-to-royalty" practice. (The SEC said its investigation found no personal misconduct by two former chief executives, Murray Nunns and David Roberts).

In another instance, reclassifications were allegedly hidden from Penn West's board of directors. During a 2013 discussion on slides to be presented to the board, the SEC alleges Mr. Grab expressed concern about displaying a breakdown that would show $40-million in reclassifications. Mr. Curran instructed: "Agree – just bury it in operated opex."

The SEC alleges Penn West's fraudulent accounting practices were discovered by the company's then-incoming chief financial officer, David Dyck, following the terminations of Mr. Takeyasu in March, 2014 and Mr. Curran three months later. At that point, the unnamed manager gave the new CFO a full rundown of how the books had been managed at Penn West – triggering the reviews and notifications.

For industry watchers, the Penn West case is concerning because it appears a U.S. agency is taking a tougher enforcement line than the ASC, the Canadian regulator responsible for overseeing most of the country's energy companies.

While the ASC provided assistance to the SEC's work on the file, it said last week its investigation led to a different conclusion than the SEC's. "Rest assured the ASC takes investor protection very seriously," spokeswoman Alison Trollope added on Friday.

But Vaughan Radcliffe, a professor of managerial accounting and control at the Ivey Business School at Western University, said the ASC has to be rattled by the details laid out in the SEC legal filing.

"The material that the SEC has presented is deeply troubling. And if the SEC's account is supported, I find it hard to believe that the ASC would not find these allegations to be deeply troubling, also," Prof. Radcliffe said.

"A fundamental question here for Canadian regulators, and for Canadians, is why are we not taking care of our own?" 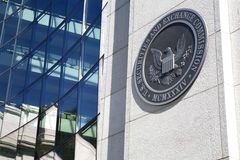