The oil patch is cutting ever deeper to cope with the longest crude-price rout in more than 15 years.

On Wednesday, Devon Energy Corp.'s Canadian subsidiary disclosed that it cut about 200 jobs, or 15 per cent of its work force, having completed major projects. It cautioned that it does not expect to resume spending at its predownturn rate "for the foreseeable future."

Shell did not say how many jobs are affected by the rare downing of tools.

Its move comes as Alberta's NDP government tries to bolster employment amid the steep drop in energy revenue, as spelled out in its budget this week.

More corporate cuts are expected in the coming months as companies struggle to keep costs in line with dwindling returns, and outside investment remains elusive, said Jackie Forrest, vice-president of ARC Financial Corp. in Calgary.

"Generally, companies are spending beyond their cash flow now, and if they take a view that commodity prices are the same next year as this year, we'll see further cutting in activity levels," Ms. Forrest said.

Shell had completed the design and procurement of major equipment and had cleared the Peace River area site for the central processing plant. It had also started drilling on two well pads, spokesman Cameron Yost said in an e-mail.

Companies throughout Canada's oil sector have postponed big-ticket projects as U.S. benchmark oil has languished under $50 (U.S.) a barrel. Prices for bitumen from the oil sands are well below that.

With the crude market having been in a trough for about a year, the longest since 1998-99, developers are forced to sharpen their pencils and put off major production gains until acceptable returns can be generated.

However, as Shell said, major new pipelines that would allow Canadian producers to serve more lucrative export markets remain mired in delay. Last year, Shell Canada president Lorraine Mitchelmore said the company did not have immediate worries about access to markets, because it could use its own collection of refineries across the continent. The price downturn appears to have helped fuel a big change in thinking.

Alberta Premier Rachel Notley, whose government is dealing with a 69-per-cent drop in energy revenue this year, said on Wednesday that getting a pipeline built to a port for ocean-going tankers is a priority.

However, Ms. Notley said she believes Alberta must show it is taking serious action on carbon emissions and improving environmental protection before such a project can proceed.

"That being said, we do intend to work very intentionally with pipeline advocates and the companies that are working for it to see what we can do to come up with some creative lobbying and advocating efforts," she told reporters.

The slowdown has had positive effects on some developers. MEG Energy Corp. said on Wednesday that it achieved record production from its oil sands operations and beat expectations with higher-than-expected cash flow. It said lower industrywide costs have allowed it to reduce its operating and capital expenses. Still, the company said it has cut 30 per cent of its work force since the start of this year.

The Conference Board of Canada predicted that the energy sector will lose a total of $2.1-billion (Canadian) before tax this year, compared with a $6-billion profit in 2014. It said the current cost cuts should help the industry return to profitability next year. 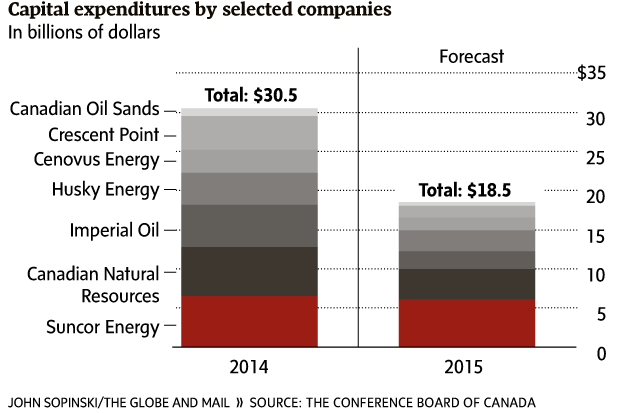 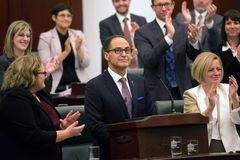 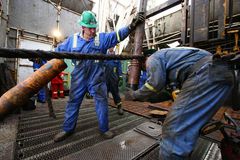