Last Friday at 2:30 p.m., engineers at Royal Dutch Shell PLC flipped the switch on a new technology they say will substantially speed the cleanup of toxic mine effluent - and, in the process, help scrub the image of the oil sands.

In an unusual step, Shell is also offering all the technical data on the new process for free to anyone, including competitors.

Shell's bid to draw attention to its tailings efforts - and it's willingness to share what would normally be closely guarded corporate secrets - comes as the entire oil sands industry finds itself under a sustained attack for its environmental record. Though the Canadian Association of Petroleum Producers has responded with a number of television ads, companies have also been urged to improve their behaviour to ward off critics, from Greenpeace to powerful U.S. lawmakers, who disapprove of the "dirty oil" they produce.

Shell's new technology is called atmospheric fines drying, or AFD, which is designed to take oil sands tailings the consistency of motor oil and transform them into solid soil. Figuring out how to do that has become an urgent challenge for the industry, which has already produced tailings lakes that stretch over 170 square kilometres and must find ways to abide by new rules that demand they dry out some of the effluent so it can be planted into forests and wetlands.

Shell declined to answer questions on whether AFD will allow it to comply with those new rules.

But it expects the new process will allow it to better confront a key industry problem. So-called "mature fine tailings" are a product of the oil sands extraction process that look like dirty yogurt and contain water mixed with extremely fine clay particles. Those tailings, in their natural state, will remain for decades in a thick cloudy suspension that can't be released into the environment.

Shell's AFD process, which cost the company $30-million to develop, can turn them from yogurt into dirt in weeks.

The plant adds a chemical to the tailings, called a flocculant, that helps to thicken them into a sludge. It then sprays the sludge onto the sides of a 30-hectare sloping pit, where water drips from the tailings and leaves behind a solid substance that looks a bit like wet sand. Shell said the technological breakthroughs lie both in the flocculant it is using, and the process of placing down the sludge in such a way that water efficiently drains away.

Shell compared drying tailings with drying laundry; AFD is somewhat akin to laying clothes out on a hillside. The plant is expected to dry out 250,000 tonnes of tailings by year's end. If it's successful, more similar plants could be built in the future.

Despite promising to openly share data, Shell declined to discuss many aspects of AFD's performance. It would only say, for example, that the new plant will process somewhere between 1 and 20 per cent of the company's mature fine tailings. It did not describe the costs of operating the technology, nor did it say how much it could reduce its tailings pond needs.

AFD is not a "silver bullet," said John Abbott, Shell executive vice-president of heavy oil, but will instead serve as one of a portfolio of solutions. The company hopes this commercial plant will provide more answers as to the effectiveness of AFD.

If it works, the new approach to tailings could mute some of the environmental criticism directed at the industry, whose effluent is laced with heavy metals and other dangerous pollutants, and whose tailings ponds are an ugly reminder of the oil sands' environmental toll.

But environmental critics took Shell's vague explanations as a sign that the company may not be completely certain of its new process. Suncor Energy Inc., by contrast, has said its own new drying technology will both reduce its tailings pond requirements and save it money.

"It illustrates the fact that [Shell]is not feeling comfortable with laying out benchmarks they would later be held to," said Dan Woynillowicz, spokesman for the Pembina Institute, an environmental advocacy group. "That could be indicative of not necessarily having a solid confidence in terms of what level of performance could be achieved."

Suncor is the only company pledging to meet the requirements of Alberta's Directive 74, which requires oil sands companies to dry out 50 per cent of their fine tailings by 2013. Imperial Oil Ltd. was recently granted approval for a cleanup plan that won't comply with those rules until 2018; Shell's plan has not yet been approved. 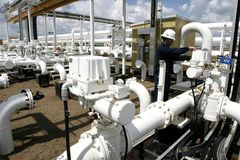 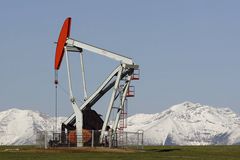