Royal Dutch Shell PLC has scrapped plans for a long-delayed oil sands mine, becoming the latest company to pull the plug on a major Alberta expansion as crude prices hover near multiyear lows.

The global oil giant said on Monday it is withdrawing an application with federal regulators to build its Pierre River mine north of Fort McMurray, Alta., effectively killing a 200,000 barrel-a-day project that had been dormant for years.

The decision underscores challenges faced by even the most well-funded and experienced players in Alberta's energy sector, which has been hammered by the sharp plunge in benchmark oil prices since last summer. West Texas Intermediate oil on Monday fell 2.7 per cent to $49.81 (U.S.) a barrel, down from more than $100 last June and well under the break-even threshold analysts say is needed to justify brand new oil sands expansions.

Shell joins Canadian Natural Resources Ltd., Cenovus Energy Inc. and others who have slammed the brakes on growth projects as they seek to protect dwindling cash flows and investor dividends in the face of the eight-month price rout.

"The Pierre River mine remains a very long-term opportunity for us, but it's not currently a priority," Lorraine Mitchelmore, president of Shell's Canadian unit, said in a statement announcing the move.

"Our current focus is on making our heavy oil business as economically and environmentally competitive as possible."

The collapse in oil prices has forced major budget revisions and led to thousands of layoffs at energy producers and their suppliers, prompting fears that energy-rich Alberta is poised to dip into recession.

Shell is abandoning Pierre River after the Anglo-Dutch company last month cut as many as 300 jobs from its Albian Sands bitumen project, citing broader efforts to claw back costs across the company. That project is a joint venture with Chevron Corp. and Marathon Oil Corp.

Shell applied to build Pierre River in 2007 and initially planned to start production in 2010, according to regulatory documents. However, the company halted work on the proposal last year to reassess the development timeline. It said cancelling the project would result in "very limited" employment impacts.

Shell said it has regulatory approval to potentially more than double its oil sands output from today's level of 255,000 barrels a day. It said it would hold on to the Pierre River leases and may apply to build the project in the future.

But new projects are increasingly falling under the knife. This year, energy companies in Western Canada are forecast to cut an estimated $23-billion (Canadian) from corporate budgets, according to the Canadian Association of Petroleum Producers. In the oil sands, spending is projected to fall by about a quarter to $25-billion, from $33-billion last year, CAPP said.

Oil's steep decline has crimped growth prospects of much smaller oil sands firms the hardest. Laricina Energy Ltd., a private company that counts the Canada Pension Plan Investment Board (CPPIB) as its largest shareholder, last week shut down operations at an oil sands pilot project and halted work on another, for example.

The upstart company scrapped plans last year to float its shares in a public offering and instead put itself up for sale. It faces a cash crunch after defaulting on a $150-million loan. Discussions with its lender, the CPPIB, are ongoing, Laricina said. 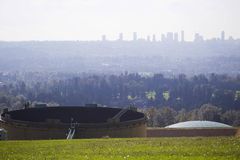 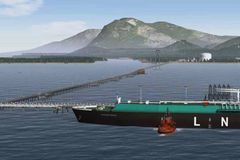 Zambia vows to safeguard jobs at Barrick’s Lumwana mine
February 23, 2015 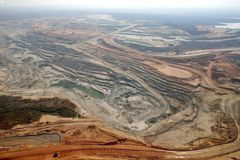