Royal Dutch Shell PLC has postponed the startup of a major oil sands project while it works to wring cost savings from suppliers, amplifying pressures faced by the sector after crude prices sank to multiyear lows.

Shell is tweaking the design of its steam-driven Carmon Creek project near Peace River, Alta., and has re-tendered some contracts as it seeks to lower the price tag for the development's initial two phases.

The work means oil won't start flowing until 2019, about two years later than initially planned, company officials say. The delay comes after Shell deferred investment in future phases of the development as part of a company-wide effort to chop $15-billion (U.S.) from its budget over three years.

A spokesman said the project remains a priority for Shell. "We are still early enough in the schedule to make adjustments to ensure the long-term competitiveness of a project that will ultimately have a lifespan of more than 30 years," Cameron Yost said in an email.

"This revision should result in an improved cost structure and will likely push the full rampup of the project out by a couple of years."

The move reflects a cost purge under way in northern Alberta, as major energy companies scramble to claw back expenses to cope with oil prices that remain subdued at around $60 a barrel.

Some of the sector's largest companies have pointed to a cooling regional market for construction and labour as a big upside of the sharp drop in energy prices, which has hobbled industry growth plans and led to major budget revisions and layoffs that number in the thousands.

Imperial Oil Ltd., Suncor Energy Inc. and Canadian Natural Resources Ltd. are among those pressing suppliers for price breaks – in some cases targeting hundreds of millions of dollars in savings – on equipment and other inputs to offset sharply lower profits as a result of skidding oil prices.

Those efforts have enabled larger and more well-financed companies to press ahead with major expansions in hopes they will pay off over time, even as smaller players dial back spending or cancel projects outright.

However, analysts have said newer oil sands projects are especially vulnerable to deferral and cancellation because of high upfront costs and long payback periods.

Shell announced plans to move forward with Carmon Creek in October, 2013. It has not disclosed a capital cost, but similar developments have clocked up billions' worth of expenditures in recent years. The project's first two phases are designed to pump 80,000 barrels a day.

The decision to push back initial production marks another pause for Shell in northern Alberta as it focuses on improving performance at its existing assets.

In February, the global oil giant scrapped plans for its Pierre River oil sands mine, effectively killing a 200,000-barrel-a-day project that had been dormant for years.

"Our current focus is on making our heavy-oil business as economically and environmentally competitive as possible," Lorraine Mitchelmore, president of Shell's Canadian unit, said at the time.

The company in January also cut some 200 jobs from its Albian Sands bitumen project, a joint venture with Chevron Corp. and Marathon Oil Corp.

West Texas intermediate oil edged up 0.8 per cent on Friday to $59.39 a barrel, up from as low as $43 in March, but well under levels that fuelled massive industry growth plans of recent years. 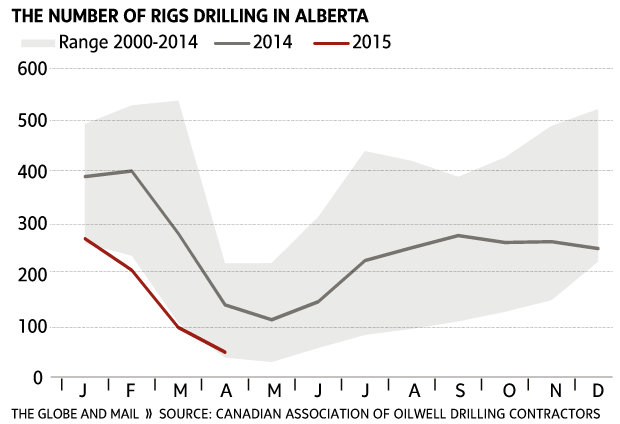 Uncertainty in the oil patch hits energy stocks after Alberta win for NDP
May 6, 2015 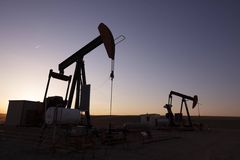 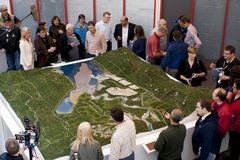