For nearly five decades, Murray Minchin stuttered. It was an impediment that affected not just his speech, but his life.

In his 20s, he turned down forestry work, in part because it would mean speaking into a radio. He loathed public speaking. The idea of bringing something up before co-workers brought panicked butterflies. Though he never struggled for friends, he sought solitary pursuits.

Then one day three years ago, Mr. Minchin wandered down to a pocket beach along the eastern shore of Douglas Channel, not far from Kitimat, B.C., the coastal town he calls home. He came upon a sight that would transform him into not just an advocate for his home, but into a man who mustered an unexpectedly strong voice against a pipeline that has become one of Canada's most controversial industrial undertakings.

Enbridge Inc.'s Northern Gateway pipeline stands to transform the landscape of northern British Columbia. But long before the first length of steel is laid in the ground, it has changed Mr. Minchin, who has cast aside his vocal burdens, one painful step at a time.

Mr. Minchin, more than most, knew the land he lived in. He had hiked many of the valleys within a 100-kilometre radius of Kitimat. He had spent six months paddling the B.C. coast with his wife. He felt an intimacy with the land and sea. It was a feeling that was shattered when he wandered onto that pocket beach and found a boomstick, a massive log used to corral other cut trees for forestry, saturated in oil. Fumes washed over the entire area.

Mr. Minchin is a postal worker, a "motorized letter carrier." He has little formal training of any sort, and certainly no law experience. His sole political involvement: a petition against logging near a hiking trail he once included at a photo show. In any case, his ability to advocate a cause was severely limited by his inability to speak in public.

He started to delve in the plans for Northern Gateway, which would carry 525,000 barrels a day of crude to a spot not far from his home. He began reading, wrestling with the thousands of pages of public filings made by Enbridge. The pipeline became his coffee accompaniment. Many mornings, he would get up at 6 a.m. and begin to read and write until he had to get to work at 7:30.

He began to measure his time spent in the thousands of hours. And he began to speak. First, to his co-workers while sorting mail. Even that small step was tough. "I would get butterflies and my mouth would go dry – just doing that with friends that I had known for a decade," he said. "That's where my public speaking started."

He began to enter larger venues. Community group meetings. Enbridge consultations. Then the hearings. Getting up in front of people was, at first, physically painful. The butterflies would start days in advance. When the time came to speak, his tongue turned to parchment. Gripping a microphone, his hand shuddered. When he opened his mouth, the speech came forward in jagged, stuttered heaps.

"I had to force the words out. It was brutal," he said.

Sometimes, he brought his daughter, Ferron, with him. It helped have her at his side. "I wanted her to know that I was confident," he said.

Little by little, in larger and larger groups, he gained in confidence. It was "tippy-toe steps," each meeting another big of practice. The stuttering began to subside. It was the start of a three-year odyssey that would see Mr. Minchin find his voice and add it to a swelling chorus of northern B.C. residents speaking against Northern Gateway.

He was not the only Kitimat resident doing unusual things. Others had joined the cause: a retired metallurgist; a millwright who crunched numbers that showed a higher risk of pipelines than Enbridge had acknowledged.; and even Mr. Minchin's mother-in-law.

On Monday, Mr. Minchin, along with his wife and daughter, drove eight hours to Prince George, where Enbridge officials were for the first time coming to B.C. to answer questions as part of the federal hearing process. Behind him, he had an 13-foot trailer, which he towed to a campground. Overnight temperatures would dip to –7 Celsius. But at $30 a night, it was much cheaper than a hotel. In a satchel, Mr. Minchin had 30 pages of printed quotes and page references from the Enbridge documents, partly covered by questions on sticky notes.

He likened his past few years to hiking through the Himalayas. Now, he had the summit ridge of Everest in sight. "After all that effort, yeah, you have to go. And if you have to take a week's leave without pay that's nothing in the longer scheme of things."

He got up for the final ascent on Wednesday morning, striding to the microphone in front of dozens of people in the Prince George Columbus Community Centre. And he began to speak. Question by question, he moved through his Post-it notes, ordering up documents onto a projector, teasing out incongruities and doing his best to make the nine-person panel of Enbridge witnesses sweat.

By the time he was done, he had delved into avalanches and pipeline corrosion and seismic risk. He had spent three hours posing questions and acting, for all the world, like a lawyer born to speak in front of others.

"Well, it's been educational. It's been fun," he said. "I'd like to thank everybody for this opportunity as a member of the public to participate on a project and a time in Canada that we're all standing on the edge of history."

Applause rang out. The pipeline, Mr. Minchin would say after he finished, had helped him find his voice. And his daughter was in the room to see it happen.

"We've explained it to her that if you want something enough in life, you can surprise yourself. She got that lesson at 11. That's the cool part," he said.

He added: "I learned that lesson at 50 years old, thanks to Enbridge." 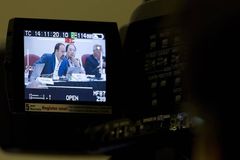 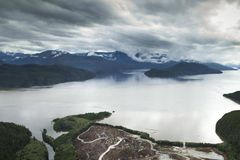 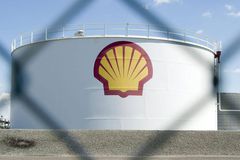 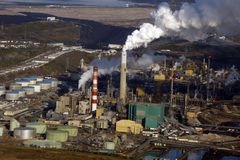 Enbridge grilled on leak detection ability at Gateway hearings
May 9, 2018 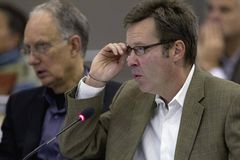 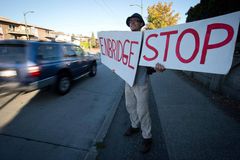