Suncor Energy Inc. and Teck Resources Ltd. are getting a bargain price for bigger stakes in the Fort Hills oil sands mine they are buying from partner Total S.A., analysts say.

The two Canadian companies announced Wednesday they will pay an additional $420-million to take over a three per cent stake in the project from the French oil giant.

"We're pleased to have reached this agreement and taken a bigger stake in what is arguably the best long-term growth project in our industry," Suncor CEO Steve Williams said in a statement.

Suncor and Teck said the deal settles a dispute triggered last year when Total refused to take part in a project to spend an additional $1-billion in 2017 to accelerate construction. The French company said at the time it would not accept "substantial cost increases" at Fort Hills.

Last February, Suncor said delays caused by the Fort McMurray wildfire in 2016, along with construction changes to boost capacity, had added from $1.4-billion to $1.9-billion to Fort Hills' estimated cost, taking it to between $16.5-billion and $17-billion.

Total has recently been reluctant to spend money on the oilsands, which have been attacked by environmentalists as being among the dirtiest sources of energy in the world and considered among the most expensive to develop.

It sold a 10 per cent stake in Fort Hills to Suncor in 2015 and, a year before that, agreed with partners to shelve the proposed $11-billion proposed Joslyn oil sands mine. It also sold its 49 per cent stake in the stalled Voyageur oilsands upgrader to Suncor.

Fort Hills was expected to begin producing bitumen by year-end, but Suncor confirmed it will miss that target by two or three weeks. It is expected to reach output of about 90 per cent of capacity by the end of 2018. 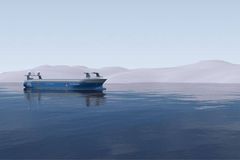