Suncor CEO Rick George went on offence Tuesday, rejecting the "dirty oil" tag for Canada's oil sands and portraying his industry as an essential part of the effort to combat global poverty.

Acknowledging that the sector has become "public enemy No. 1" among environmentalists, Mr. George said the oil sands producers have made significant strides in reducing their environmental impact and will continue to improve.

"Publicity stunts and name-calling are not what we need right now," he told the World Energy Congress, a meeting of industry and government officials.

"What we need is an adult conversation about the benefits and risks associated with energy production - and how we can maximize the former and minimize the latter."

Mr. George was one of a series of global energy executives who said the world's production of fossil fuels is bound to grow significantly in the coming years to meet emerging-market demand.

That increased demand for oil and coal, in particular, threatens to overwhelm global efforts to reduce greenhouse gas emissions that scientists warn will cause catastrophic changes to the climate.

Echoing an often-heard theme at the congress, Mr. Boyce said the world needs to focus more on the fact that billions of people still lack access to electricity, and less on "computer models" about future climate impacts from fossil fuel use.

For his part, Mr. George said the oil sands represents an important source of additional supply for a world that is facing constraints on new production and rising demand for poorer countries eager to lift their citizens out of poverty.

"We are being asked to think about the kinds of energy production that could provide our economies with long-term stability," he told the global audience. "I'd humbly suggest the oil sands reserve is the very definition of what we are looking for."

He acknowledged the industry faces a carbon challenge and must continue to reduce the carbon emissions for each barrel produced in the oil sands. But he said the total level of emissions would inevitably climb as the industry invests in expanding production to three million barrels a day by 2020 from 1.2 million barrels in 2007.

Environmental groups in Canada, the United States and Europe have attacked the oil sands sector, saying its planned expansion will drive up emissions and threaten local water resources.

Mr. George insisted the oil sands are not much worse than many sources of crude under a full life-cycle comparison, including tailpipe emissions, while critics focus on the industry's own emissions from producing and refining the bitumen. And he noted that the sector currently accounts for only 5 per cent of Canada's total emissions, though he offered no forecast for its future emissions growth.

Environmentalists argue the planned expansion of the oil sands will make it virtually impossible for Canada to meet its commitment to reduce greenhouse gas emissions by 17 per cent from 2005 levels by 2020 - a target put forward by the Conservative government under international negotiations.

Yvo de Boer, the former United Nations' climate chief, said Canada needs to adopt a national strategy, in consultation with the provinces and industry, to meet its target. The Harper government has yet to produce a comprehensive plan for meeting its commitment, saying it is waiting for the United States to move first.

"Part of the policy agenda is for Canada to create a national framework that ensures that you have a coherent energy agenda, including energy security on the one hand, but at the same time, are in a position to meet national and international goals on climate change," Mr. de Boer said.

The energy industry has endorsed the call for a national strategy, but the Harper government appears reluctant to become too involved in an area that is largely one of provincial responsibility.

Suncor is involved with a number of different efforts to push for a national energy plan, but Mr. George would not comment Tuesday on how such a strategy would affect the oil industry.

Report warns of deficiency of oil sands cleanup fund
May 2, 2018 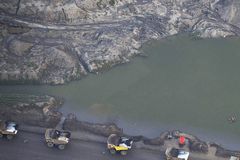 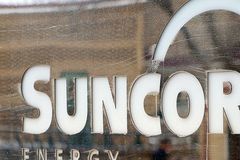