Hollywood hates big business. Movies portraying corporate leaders as greedy villains have been common for decades, but the film that inspired today's movie makers had its roots in British Columbia. That was the 2003 documentary The Corporation, written by a University of British Columbia law professor, Joel Bakan. It featured a procession of leftist luminaries, including Naomi Klein and Noam Chomsky, uttering views such as that corporations turn citizens into "mindless consumers of goods that they do not want" and that "the problem comes from the profit motivation."

Hollywood's attack has escalated to the point where many films feature an anti-corporate "moral" message, the most popular of which portray industries as uncaring pillagers of the environment. The plot of James Cameron's 2009 blockbuster Avatar featured a greedy mining boss intent on destroying an ancient forest inhabited by native humanoids on the distant planet of Pandora to mine a precious mineral called unobtanium. Animated films for children also follow the lead; consider 1992's FernGully: The Last Rain Forest, in which fairy folk help stop a logging company from destroying their forest home.

While mining and forestry are frequently cast in the villain role, the oil industry is also a popular target. But you can only sell so many oily movies. Who would have predicted that natural gas, an energy source that can't be spilled and burns cleaner than all other hydrocarbons, would hand Hollywood a new villain to demonize (or should I say Damonize)?

The new movie Promised Land, co-written by and starring Matt Damon, takes aim at hydraulic fracturing, commonly called fracking, which is unlocking the enormous potential of natural gas shales in British Columbia and many American states. Curiously, in what is clearly intended to be an anti-fracking film, Mr. Damon's character has little of substance to say about the alleged environmental risks.

Perhaps the film's researchers looked at U.S. Environmental Protection Agency data showing that, far from being a scary new technology, hydraulic fracking has been used for some 60 years in 1.2 million wells without a single confirmed case of groundwater contamination. Fracturing has also been used in Canada for a long time. As a young engineer in 1975, I directed the fracking of the first well drilled by the company that grew to become Encana Corp. Since then, Encana has safely fractured tens of thousands of wells on its way to becoming North America's largest natural gas producer.

Unable to find factual support for their anti-fracking mission, the screen writers of Promised Land resorted to attacking Mr. Bakan's original villain, the corporation. The natural gas company employing Mr. Damon's character uses bribes, scheming and misrepresentation to obtain drilling leases from unsuspecting ranchers. Despite offering nothing but shallow innuendo, Promised Land will likely persuade many movie-goers that fracking is dangerous and damaging. Others will simply add natural gas companies to their long list of corporate villains. In the war between Hollywood and business, Hollywood wins this round either way.

Therein lies the challenge. How can business fight back to offset the Hollywood image of corporations as predatory and uncaring? It's a big problem for business leaders, but simply sitting in their boardrooms despairing over the latest misinformed movie plot only ensures that Hollywood wins.

So I was heartened to hear about plans by the Marcellus Shale Coalition, an industry group financed by shale gas producers, to run ads in Pennsylvania cinemas encouraging movie-goers to get the facts about fracking by linking to a website. The group is also using social media to get its message out. Facebook and Twitter are filled with comments about the benefits of shale-gas development, including royalty income for struggling farmers and jobs for young people. Canada's shale gas industry should be following the coalition's lead.

Here's another point to help in the fight against Promised Land. The Heritage Foundation reported that the film was financed in part by a Mideastern production company, Image Nation Abu Dhabi, which is part of state-owned Abu Dhabi Media. Abu Dhabi, as it happens, is seeing its oil exports being displaced by North American gas production. If such an obvious conflict of interest were to involve a Western corporation, it would no doubt form the plot of yet another anti-business movie. It's time for Western business leaders to take off the gloves and fight back against movie-industry misinformation. 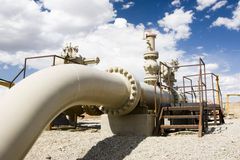 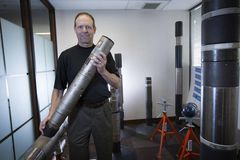 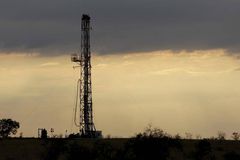