Which fossil fuel is the largest generator of greenhouse-gas emissions and toxic smog? If you answered coal, you're right. Coal produces half of all global carbon-dioxide emissions and almost all toxic smog.

China burns almost as much coal as the rest of the world combined. Between 2005 and 2013, new coal-fired power plants in China added one and one half times the entire consumption of the second-place coal consumer, the United States. Economists predict that by 2040, China's power-generation needs will be 50 per cent larger than today. That would drive energy-related global greenhouse-gas emissions from coal to more than 60 per cent, negating most, if not all, of the reduction efforts of other countries. But there's a much more urgent problem facing residents of Chinese and other coal-dependent cities across the developing world. Burning coal emits smog-producing nitrogen and sulphur oxides that, together with lung-clogging particulates, are knocking decades off of peoples' lives.

Fortunately, there's an historic opportunity to change this dire picture. Compared with coal, natural gas produces half the carbon dioxide, less than a third of the nitrogen oxide and just one per cent of the sulphur dioxide, with virtually no particulates. That China is looking to import LNG from B.C.'s shale gas is good news for both Canada and for the Earth's atmosphere. But LNG will only slow China's massive coal-fired power growth. Here's the really good news. According to the U.S. Energy Information Administration (EIA), China possesses the world's largest technically recoverable shale gas reserves that, at 1,115 trillion cubic feet, are almost twice as large as Canada's. These vast resources remain undeveloped due to the early stage of Chinese recovery technology. That's why the University of Calgary's announcement of a new Canadian/Chinese Research Centre aimed at unlocking that potential is so newsworthy. At the signing ceremony in Beijing on October 23, U of C President Elizabeth Cannon stated that the project "will help China move from a coal economy over to gas."

Where else in the world could shale-gas development help clean up the atmosphere? The answer: almost everywhere. An EIA study of 32 countries estimates shale gas reserves of 7,795 trillion cubic feet that, combined with non-shale gas resources, would supply global natural gas consumption at current levels for almost 200 years.

Even this staggering statistic underestimates the rich natural gas endowment of our planet. Natural gas hydrates, i.e. methane combined with water trapped in frozen crystals, represent an unexploited energy source that the U.S. Department of Energy estimates to contain future potential more than five times global shale-gas reserves. And that future may come very soon. Japan, with no gas, oil or coal resources, must import all of its hydrocarbon energy. But it does have enough offshore gas hydrates to meet its power demands for 100 years. Japanese researchers are hard at work with a goal of commercial production by 2019. India's Natural Gas Hydrate Program has found one of the world's richest gas-hydrate resources in the Krishna-Godavari Basin, a discovery that could help stem the strong growth of coal-fired power in that country.

Ever since the coal-fueled Industrial Revolution darkened the skies of Charles Dickens's London, "king coal" has dominated power generation and industrial processes. Technological advances unlocking vast supplies of natural gas present an historic opportunity to eliminate the toxic smog that, two centuries later, continues to shorten the lives of people around the globe. One would think that this enormous human health benefit, plus the fact that gas-fired power halves greenhouse-gas emissions, would see environmental activists cheering. But, alas, some are not. Instead, NGO's such as the Suzuki Foundation and the Pembina Institute are lauding a paper published in the journal Nature alleging that the growth of natural-gas use is counterproductive to reducing climate change. Why? Because it will slow the switch to their ideological holy grail of a world powered by windmills and solar panels. This, even though highly subsidized "green power" has nearly doubled electricity rates in parts of Europe, while generating such a minuscule amount of energy that some must import gas-displaced American coal just to keep the lights on.

After more than two centuries dominated by coal, vast supplies of cheap natural-gas provide an historic opportunity for a cleaner, more prosperous world. It's time for other countries to follow North America's lead in seizing that opportunity. 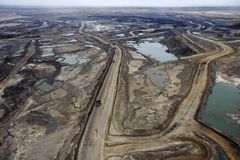 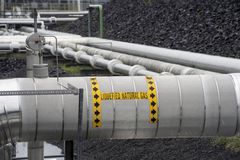 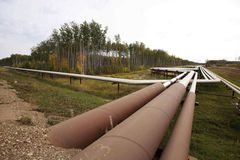