TransCanada Corp. is proposing a major shift in the way oil moves across Canada, urging the oil patch to consider a massive $5.6-billion new pipeline system that would carry large volumes of western crude to refineries in Ontario, Quebec and beyond.

The East Coast Pipeline Project, as TransCanada has dubbed it in presentations to energy companies, could do more than supply the east with fuels made from oil sands crude. It could serve as an alternative to Northern Gateway, the controversial West Coast export pipeline project from TransCanada competitor Enbridge Inc. that has faced a wall of opposition from first nations and environmental groups.

The TransCanada proposal would send 625,000 barrels a day across the country to Montreal, Quebec City and potentially Saint John, N.B., where Irving Oil Ltd. runs a large refinery. Tanker exports could then also take the crude to Europe or Asia.

The proposal is conceptual, and the company has not disclosed public details about a project that may never be built. But it comes amid a period of turbulence for the Canadian oil patch, which is confronting numerous obstacles to moving its oil to market, and is considering a large variety of novel options as a result.

"If you're an oil shipper these days, you're probably interested in anything that can get you to a different market," said one person familiar with the plans.

For TransCanada, the project would help solve two of the most pressing problems facing the energy sector today. The company's Mainline, the principal pipeline backbone that carries natural gas to heat Ontario homes with Alberta gas, has been flowing half-empty due to weak demand. That has caused numerous problems, including huge increases in the cost of moving gas cross-country.

At the same time, oil companies – especially in the oil sands – have grown fearful of being boxed in, as export projects like Gateway and Keystone XL, the proposed TransCanada line to the Gulf Coast, stumble.

The East Coast project, described to The Globe and Mail by industry sources, would involve converting roughly 3,000 kilometres of underused natural gas pipe – the Mainline is made up of a series of parallel pipes – into oil service. It would also involve building at least 375 kilometres of new pipe from Hardisty, the Alberta oil hub, to the Mainline at Burstall, Sask., and from near Cornwall, at the other end, to Montreal. Another 220 kilometres would be required to reach Quebec City.

Oil could be loaded onto ocean-going vessels either on the St. Lawrence River, or destined for American refiners via Portland, Me., through a pipeline to Montreal whose flow could be reversed.

TransCanada declined to elaborate on the eastern pipeline idea: "We will continue to look at all options to expand our business but I am not aware of any plans for TransCanada to do this kind of project," spokesman James Millar said.

The idea of sending oil east is not without critics.

Paul Lechem, an analyst with CIBC World Markets Inc., said he is "not sure what converting a pipe to oil service would achieve," since "Eastern Canada is not the preferred destination" for exports. There is far more refining capacity in the Gulf Coast, for example, which processes eight million barrels a day. Ontario and Quebec each have roughly 400,000 barrels a day of refining capacity.

In addition, Enbridge is working on plans to reverse its 240,000-barrel-a-day Line 9 pipeline. If approved, that pipe would move enough oil to feed both an Imperial Oil Ltd. refinery in Nanticoke, Ont., and a Montreal refinery run by Suncor Energy Inc.

Enbridge has met with officials from refineries in Quebec City and Saint John to discuss their appetite for Western Canadian crude. Companies could barge oil from Montreal to Quebec City, and then perhaps ship it by rail to Saint John.

Texas-based Valero Energy Corp, which owns the Ultramar refinery in Quebec City, said the company is always keen to broaden its access to crude feedstock. Irving also expressed interest in broadening its supply options. Suncor is supportive as well.

"We have indicated our support for Line 9 reversal because it provides supply options for our Montreal refinery," said Suncor spokeswoman Sneh Seetal. But she said the company believes both TransCanada and Enbridge plans have merit. "What's key is we just need the pipe to get it there," she said.

But the economics of shipping Western Canadian crude to the East Coast are daunting, and would become even more difficult if there is a narrowing of the nearly $20-a-barrel differential between internationally traded crudes like North Sea Brent and North America's trend-setting West Texas intermediate.

"Significant changes to the crude diet to really ramp up the volumes of western-based heavier crudes in Eastern Canada is going to require some significant investment in refinery reconfiguration," said Peter Boag, president of the Canadian Petroleum Producers Institute, which represents the refining and marketing sector.

TransCanada, however, is positioning its pipeline as more than just a pan-Canadian project. It sees it as a potential alternative for exports to Asia, an idea that may appear difficult since it would require sending oil much longer distances, and loading it into smaller and less efficient tankers. 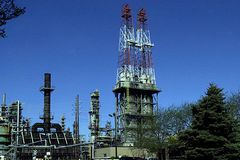 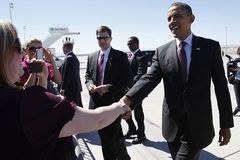 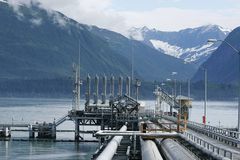 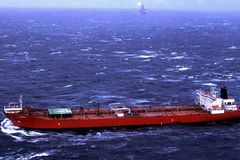 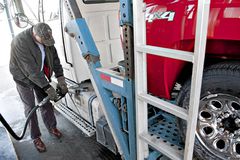 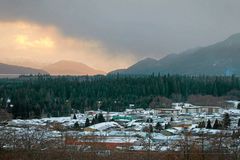 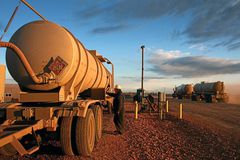