The increasingly bitter strike at Vale Inco's nickel mining and processing operations in Sudbury, Ont., has become the longest in the company's century-long history.

More than 3,000 workers have been on strike in Sudbury and at Vale's smaller operations in Port Colborne, Ont., since July 13, now beating the dubious record of eight months, three weeks and two days set during a strike at Inco in 1978-79.

"It's a record that we'd rather not have broken," said Wayne Fraser, United Steelworkers director for Ontario and Atlantic Canada, who was also on the union's bargaining committee during the 1978-79 strike.

However, without a dramatic change in either the union's tactics or the company's outlook, observers say it's difficult to imagine how or when the strike will be resolved.

Nickel prices have risen sharply since the strike began last July - from around $7 (U.S.) a pound to more than $11 today - but one labour analyst says demand for the metal will have to rise even further before Vale has a reason to settle.

"[Vale]has been able to weather this, in part, because the demand for nickel has not been as high as it could be, and certainly if the recession ends and things start to really take off again, I imagine they're going to have a lot more pressure to want to open again," said Alan Hall, director of labour studies at the University of Windsor.

Vale SA - a Brazilian company that bought Canada's Inco Ltd. for $19-billion (Canadian) in 2006 - said in a recent conference call that stainless steel production declined in 2009 for the third year in a row. Since nickel's primary industrial use is in stainless steel, this has consequently hurt demand for the base metal.

Demand for nickel improved in the first quarter of 2010, but this is mostly due to producers restocking their inventories and isn't sustainable, said Salman Partners mining analyst Raymond Goldie.

"Once inventories get built back up to normal levels then you only replace the inventories as needed, so I think we'll be looking at growth in demand for all of the base metals of about half the rate that we saw in the good old days of 2001 to 2007" - 2 per cent a year instead of 4 per cent, Mr. Goldie said. He added that he expects the price of nickel to start heading back down to the $7 (U.S.) level by late summer.

And even if demand for nickel improves enough that Vale sees a reason to increase output at its Canadian operations, it has already proven it can do so without the help of its striking workers.

In Sudbury, the company is using non-striking union members and non-unionized contract employees to restart some operations. To date, Vale has restarted its Sudbury mill and smelter and is operating portions of its Coleman mine and Garson ramp. The company is also working to resume full production at Coleman as well as its Creighton mine.

This doesn't mean the union has no control over the strike, but it needs to mobilize the broader labour movement in order to exert more political pressure, said Charlotte Yates, a labour analyst and dean of social sciences at McMaster University in Hamilton.

"There has to be some kind of change, and that either has to be that the labour movement mobilizes behind the union and begins to seriously think of strategic disruptive ways of bringing attention to the strike... or there needs to be some kind of political pressure exerted so the government feels compelled to get involved in some way," Ms. Yates said.

But Ottawa has so far refused to get involved in the dispute, despite the union's accusations that Vale is a foreign entity trying to change Canada's labour culture.

"The strike is a labour dispute between Vale Inco and its union, and these labour relations are governed by a well-established legislative framework which Vale and the union must respect," Ms. Meahan said in an e-mail.

Another factor preventing a quick end to the strike is the fact that its impact has been fairly localized, Ms. Yates said.

The 1978-79 strike was, at the time, the worst in Canadian history in work days lost because the Inco work force was much larger then.

That strike, which devastated Sudbury's economy, drove home the perils of being a one-industry town. This time, the city is coping reasonably well, largely due to economic diversification.

An improving economy, new mining discoveries and support in the Ontario government's most recent budget for the northern part of the province could also be delaying a resolution, as Vale employees begin to find new work.

"Lots of them have gone out and got work," Mr. Fraser said. "Remember, this is a very highly trained, highly skilled work force, and they are of value to other companies and other companies are going to realize that."

Virtually no progress has been made in talks between the company and union since the strike began. Mediated talks fell apart in mid-March after Vale's Ontario workers resoundingly voted to reject a new offer by the company. And talks at the company's operations in Voisey's Bay, Nfld. - where workers joined their striking colleagues on Aug. 1 - broke down almost immediately in January.

Meanwhile, reports of violence and threats from both sides are serving to make things increasingly tense on the picket line, with the two sides blaming each other for the absence of negotiations. 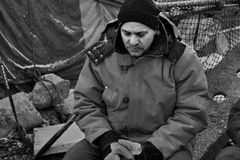 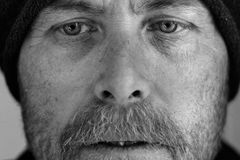