Vancouver billionaire Jim Pattison has been steadily buying shares in Westshore Terminals Investment Corp. over the past three years, even as the coal industry's slump deepens.

Westshore operates a coal-export terminal at Roberts Bank, located 35 kilometres south of Vancouver. At the end of October, companies controlled by Mr. Pattison owned 22.5 per cent of Westshore's outstanding shares, up from 15.1 per cent in mid-2012.

Mr. Pattison, 87, is the founder, owner and chief executive officer of Vancouver-based Jim Pattison Group, a private conglomerate that has diversified assets that range from car dealerships and billboard advertising to supermarkets and radio stations.

So far in November alone, Great Pacific Capital has added another 453,600 Westshore shares to lift the investment firm's holding to nearly 4.8 million shares, according to insider-trading filings. That boosts Mr. Pattison's overall stake to more than 17 million shares, or a 23-per-cent interest in Westshore.

Mr. Pattison is increasing his bet on coal exports while other investors flee. Westshore shares fell 3 cents to close Friday at $18.87, down 45 per cent since hitting a 52-week high of $34.24 this past May.

Great Pacific Financial Services Ltd., 0774327 B.C. Ltd. and 327 Holdings General Partnership are the other entities (owned directly or indirectly by the businessman) that have Westshore shares.

On Friday, an executive at Great Pacific Capital and Jim Pattison Group declined comment but referred to a standard statement issued in the past on Mr. Pattison's investments: "In the future, Jim Pattison, through one or more of his companies, may acquire additional shares of Westshore or dispose of such shares subject to a number of factors, including general market and economic conditions, and other investment and business opportunities available to it."

One of Westshore's main customers is Teck Resources Ltd., a large exporter of steel-marking metallurgical (or coking) coal to Asian steel mills. Amid the coal market's downturn, Teck has been continuing to ship through Westshore.

Benchmark spot prices for metallurgical coal have tumbled to $73 (U.S.) a tonne, or one-third of the levels seen in the summer of 2012.

Westshore appeared to be weathering the storm in coal markets earlier this year, keeping busy with customers such as Vancouver-based Teck and U.S. coal producers.

But on Oct. 28, Wyoming-based Cloud Peak Energy Logistics LLC said it will halt its exports of thermal coal through Westshore, agreeing to pay a series of penalties for opting out of shipments from 2016 through 2018. Thermal coal is used to generate electricity.

The reduction of export volumes prompted Westshore to announce the same day that it will cut its quarterly dividend to 25 cents (Canadian) a share, starting in the fourth quarter, compared with the previous rate of 33 cents. Westshore's stock price has declined 29 per cent since the Oct. 28 announcements.

Vancouver-based Westshore forecasts that export volumes next year will be 26 million tonnes, down from the original expectation of 30 million tonnes.

Westshore, which expects to be operating in 2016 at 79 per cent of its export capacity of 33 million tonnes, has still experienced much heavier traffic than British Columbia's other major site for exporting coal, Ridley Terminals Inc.

Ridley has been running this year at only one-quarter of its shipping capacity. A federal Crown corporation owns the Ridley terminal, located in the Port of Prince Rupert in Northern British Columbia. 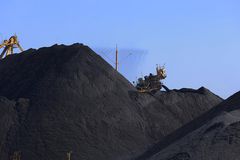 Westshore Terminals: A play on coal for the yield-seeking investor
February 9, 2015 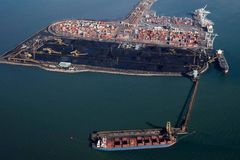 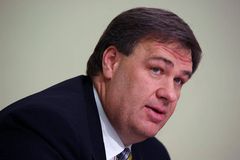