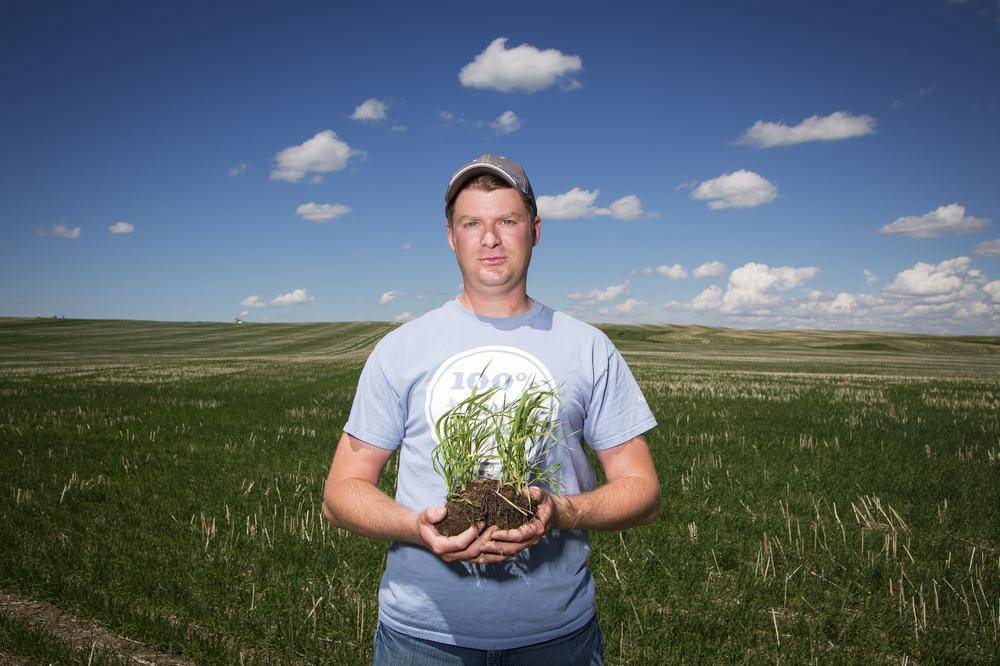 After a cold and wet spring that delayed the planting of crops across Western Canada, Jay Schultz has finished seeding his Alberta farm. The plants have responded to the warm weather and rain by sprouting leaves and tillers, the green shoots that, in a few weeks, will begin to bear the grains of hard red spring wheat. 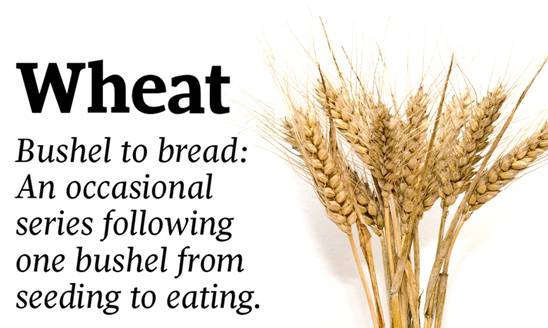 “It’s good to see something green finally coming up,” Mr. Schultz said in an interview from his 6,000-acre farm an hour east of Calgary, where he has watched row after row of green shoots appear amid warm sunny days and moderate rain. “Moisture just does wonderful things for germination.”

Mr. Schultz’s wheat is up and growing, but a lot can happen between now and harvest. Hailstorms, drought and political unrest in faraway places – any and all can affect the worth of his crop. 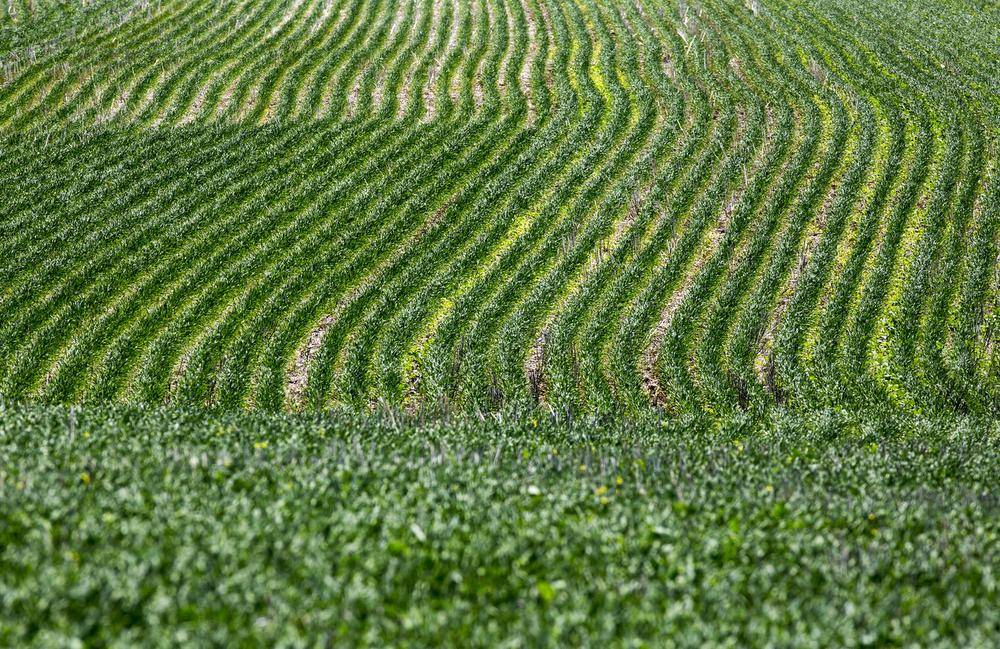 This year, warm weather and moderate rain has produced the beginnings of a healthy crop on Jay Schultz's farm. (Todd Korol for The Globe and Mail)

When Mr. Schultz began planting in early May, wheat prices were at a 10-month high, buoyed by expectations for a smaller global crop due in part to unrest in Ukraine – one of the world’s top wheat exporters – and a harsh winter in the U.S. that was expected to have damaged the winter wheat crop.

But prices have fallen nearly 20 per cent since then, as the farmers in Ukraine and Russia have surprised markets with expectations for a massive harvest. Asian buyers have been switching from more expensive North American and Australian wheat to the cheaper Black Sea grain.

None of those dangers is as clear and present as the weeds. The 17-hour days, early mornings and late nights on the tractor are over, and Mr. Schultz has been spraying the fields with herbicides to ensure the wheat is not competing with weeds for water, sunlight and nutrients.

Mr. Schultz, who has a degree in crop sciences, says this is a crucial stage for the wheat. In its early stages, the wheat decides how many tillers, or sprouts, to grow, based on the amount of space between it and the next plant – or weed.

“Right now, the plant is kind of writing its code about what kind of yield potential it can do,” he said. “It’s kind of thinking about how it’s going to grow.” 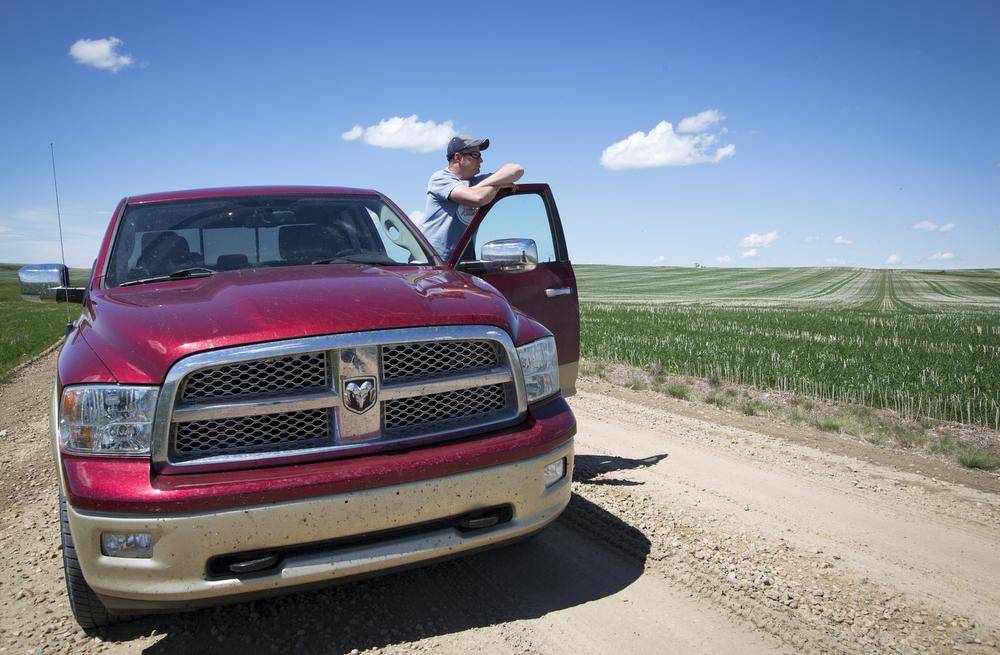 In a few short months, if all goes well, the wheat will stand three feet high and be ready to haul by truck to one of the handful of elevators nearby. The end of long planting days means he has time to read the daily analyst reports, speak with grain merchants and decide when – and if – to sign a forward contract to sell his wheat.

In the meantime, it’s the planning, planting, spraying and weather that will determine the success or failure of the crop.

The wheat crop’s strong start means the heavy crop will need steady rainfall between now and July, however, if the grains are to properly fill out, he added.

Although the rains have ensured Alberta’s grain has plenty of moisture, the subsurface – which is several inches deep – is too dry, Mr. Brook said. 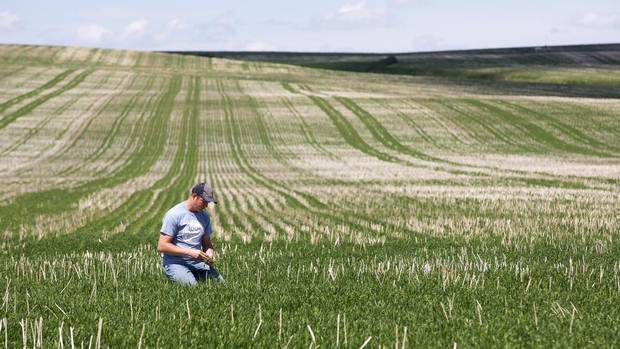 Farmer Jay Schultz checks his wheat crop for moisture and disease. (Todd Korol for The Globe and Mail)

“Right now, the weather’s warm. We’re getting good sunlight and there’s moisture. The crop will be moving very rapidly,” Mr. Brook said. “We have a great start, but one of the problems with a great start is if you have a heavy crop coming, it’s going to need significant amounts of moisture to fill and finish.”

Alberta is better off than its neighbours. Much of the province has finished seeding the fall crop, slightly ahead of neighbouring Saskatchewan. But in Manitoba, a province known for flooding and poor drainage, heavy snow melt and recent rains had delayed some farmers from planting their crops. Many were racing to finish before June 20, the seeding deadline for crop insurance.

The conditions early on don’t necessarily dictate the result, however. Last year, warm temperatures and timely rain turned what looked like a slow seeding start into a record crop in Western Canada. At Mr. Schultz’s farm, the wheat grew so tall it reached his dad’s chest. He started harvesting and hauling early when he realized how big the crop was, avoiding the transportation jam that would vex Western Canada. 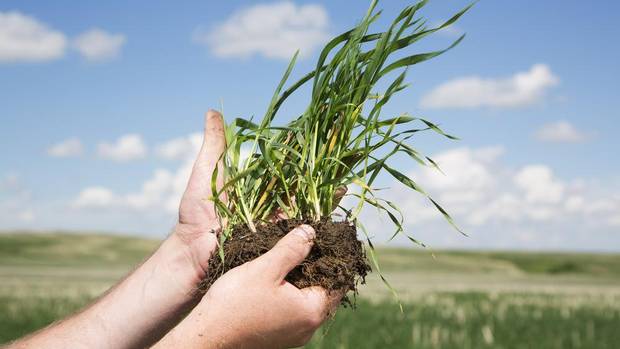 Much of the 76-million-tonne crop Western Canadian growers harvested last fall remains in farmers’ bins or in elevators, awaiting rail cars that will take it to international buyers via ports on the West Coast, Thunder Bay, Ont., or Quebec. The massive crop and severe winter strained the country’s grain-handling system, and left farmers facing a cash shortfall as they tried to buy seed and fertilizer for this season.

Even now that the grain trains are moving, thanks to the end of the worst winter in years and a federal order that forced the railways to double the amount of grain they were shipping, no one expects that the backlog will be cleared by the time the new crop comes in. Not with about 18.5 million tonnes of the 2013 harvest to move. Add that to the 62 million tonnes Agriculture Canada expects in next year’s harvest – less than the 76 million tonnes in the current crop year, but still a substantial amount. 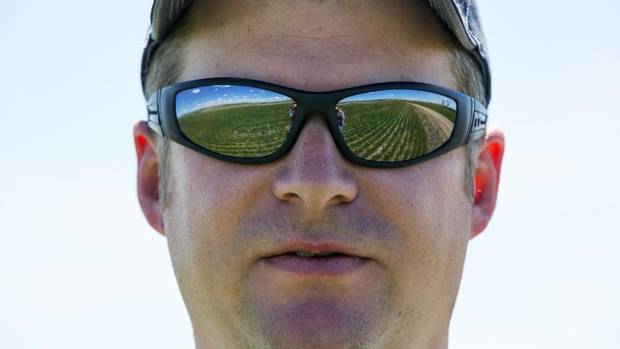 After all the planting, weeding, and praying, in a frantic effort to grow enough wheat, grain handlers, railways and farmers like Mr. Schultz could once again be stuck with grain they can’t sell.

“My concern is, if we have a really good harvest,” Mr. Brook said, “where is all this grain going to go?”