How deep is the hole the oil industry is currently stuck inside? To figure that out, you only need to look as far back as last week, which saw another two trainloads full of oil derail and storage numbers that put U.S. crude stocks at record highs. Every new pipeline leak or train derailment puts the environmental risk of moving ever greater amounts of oil into even sharper relief. At the same time, storage tanks that are bursting at the seams say everything you need to know about the troubled economic returns currently plaguing the energy business.

Despite a falling rig count, U.S. oil production is now running at more than nine-million barrels a day, its highest level since the early 1970s. In Canada, where companies are also slashing spending plans, total output this year is still slated to increase by hundreds of thousands of barrels a day.

Not long ago, hearing about those types of production gains would be music to the ears of investors. Today, the tune is decidedly more bearish. Increased crude production from shale plays and Alberta's oil sands is only compounding the problems of an already glutted world oil market.

By most estimates, producers are pumping around two-million barrels a day more than is needed to meet global demand. According to a recent analysis by Bloomberg, more oil is now being held in U.S. storage tanks than at any point during the last eighty years. The refusal of high-cost marginal suppliers to put the brakes on production growth, let alone actually shut-in any output, suggests that oil prices, already cut in half since last year, could have even further to fall.

The dismal outlook for North American producers is once again being reflected in the price differential between benchmark U.S. crude and world oil prices. The spread between West Texas Intermediate and Brent crude, which was narrowing, is now beginning to open back up. The gap is particularly challenging for Canada's oil sands producers, who can charge even less for every barrel of hard-to-refine bitumen. The more output that oil sands producers manage to churn out these days, the less their bitumen is worth. It's clearly not a business model the market finds too attractive. The cool reception to a $1.5-billion share offering just announced by Cenovus is hardly bullish for the prospects of future financings. The way falling commodity prices are putting a hurt on balance sheets that's grim news for the other companies that will surely need to tap the public markets before this current downturn shows any signs of turning around.

Further production growth also means more hundred-car tanker trains will be rolling through suburban neighbourhoods across the continent. With each one comes a growing risk of derailment, as well as the accompanying explosions like those that happened last week in northern Ontario and West Virginia.

Among the more disturbing aspects of those accidents is the involvement of new-and-improved tanker cars that are scheduled to replace the aging DOT-111 models. While Ottawa has just announced new regulations to make rail operators more accountable for spills by raising minimum insurance levels and requiring the bulking up of a compensation fund, such initiatives still won't do anything to prevent more derailments from occurring. Indeed, rail shipments of crude, which have already quadrupled in Canada in the last few years, are expected to more than triple to 700,000 barrels a day by the end of 2016.

Instead of loading more surplus oil onto rail cars to be hauled to already over-stuffed storage tanks, both investors and communities across North America would be better off seeing the industry cut back on production. For companies that have already sunk a lot of money into drilling programs, however, cutting production will put their cash flow position into an ugly place. Although they may realize that less production would be good for everyone in the long run, getting out of their own way is proving tough to do. For the industry as a whole, that will only serve to draw out the time before prices start to firm up. For the rest of us, it means more oil trains will continue to roll through our backyards. 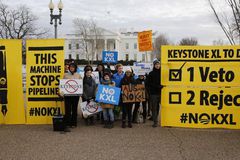 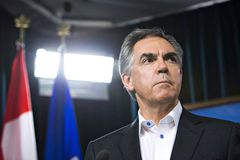 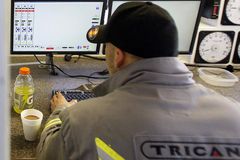 Opinion
Getting to Yes has never been tougher
February 27, 2015

A huge weight has been lifted off the loonie
Subscriber content
February 26, 2015 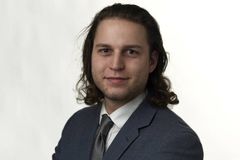