The world's top climate change scientists are now 95 per cent certain that humans are responsible for global warming. That's the headline takeaway from the latest findings by the Intergovernmental Panel on Climate Change. Global temperatures are the hottest since the last ice age and the planet is only getting warmer.

What to make of this news? On one hand, it's likely not much of a surprise to most of us. Extreme weather events like superstorm Sandy are becoming more commonplace. Glaciers are melting, drought is gripping more parts of the world, and the amount of Arctic sea ice shrinks more each year.

A warming planet clearly holds profound consequences for us all, but one group that should by paying particular attention are the world's energy producers. The details of the IPCC's findings take direct aim at the long-term value of fossil fuel reserves.

The IPCC has put new numbers to the planet's so-called carbon budget. To limit the rise in average global temperatures to 2 degrees Celsius from preindustrial levels, the IPCC says we can burn no more than 1 trillion tons of carbon. The bad news is that we've already combusted more than half that amount. At our current rate of fossil fuel consumption, we'll burn through the rest in less than three decades.

Global energy producers have already found more than enough reserves to ensure we can blow past this mark without breaking a sweat. Even after using up our carbon quota, it's estimated the world will still have 2.5 trillion tons of carbon waiting to burn. Every year, moreover, producers add to global reserves, whether through unlocking natural gas shale formations, oil sands bitumen plays, or drilling deep into the ocean floor. It's worth asking, though, are these carbon reserves really valuable resources or will they end up as stranded assets?

The energy industry – oil, natural gas, and coal producers – will undoubtedly dismiss the report as alarmist. The IPCC's findings, though, aren't fundamentally different from those of the International Energy Agency, a bunch that's typically much more sympathetic to energy producers. Under current policies, the IEA puts the chances of holding global temperature increases to less than 2 degrees – the threshold at which global warming tips us into the danger zone – at a scant 2 per cent.

Executives at energy companies are quick to trumpet their fossil fuel reserves to investors. From a market perspective, it's easy to understand why. Carbon reserves, be they oil, coal or natural gas, are valuable assets that will generate future cash flow for owners. Indeed, proven reserves play a large part in determining the market valuations of energy stocks. A much more rare occurrence, though, is hearing executives discuss the carbon footprint that will result from combusting those same reserves. That side of the ledger, according to the IPCC report, is becoming a more pressing liability.

We can hope the world won't just blithely continue to emit ever-increasing amounts of carbon into the atmosphere, given the environmental threat it poses to the planet. Nature's feedback loop, whether it's storms, droughts, or flooding, is already sending a stark message. How long will it be before world leaders start listening in earnest and come up with a whole new set of rules for carbon emissions?

When that happens, what will it mean for the present value of hydrocarbon reserves that currently buoy the balance sheets of global energy companies? Just look at the sinking share prices of U.S. coal firms following the Environmental Protection Agency's tough new standards for carbon emissions for a glimpse of what's likely to come. 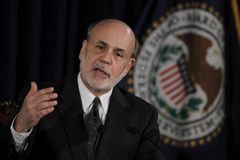 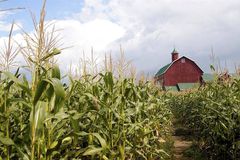 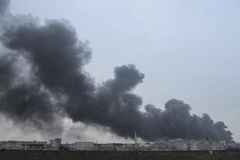