The number of proposals in serious contention to export liquefied natural gas from British Columbia has dwindled to four, down from a dozen viable plans in the fall of 2014, a new study concludes.

Trade publication World Gas Intelligence said the player with the best chance of forging ahead is Woodfibre LNG, a small-scale project near Squamish, 65 kilometres north of Vancouver.

In B.C., 20 LNG facilities are on the drawing board, but over the past 18 months, the outlook has become increasingly bleak, with a global glut of LNG supplies and tumbling prices for the commodity.

"Just four LNG projects now look feasible on Canada's West Coast – and even these may not go ahead, at least until prices and demand pick up," according to the analysis titled Canadian Death Spiral.

The other three B.C. projects in the "most-likely-to-succeed club" are in the province's northwest. Ranking second is Pacific NorthWest LNG, a proposal to build an export terminal on Lelu Island in the Port of Prince Rupert. Pacific NorthWest LNG, led by Malaysia's state-owned Petronas, has faced delays and is awaiting a decision from the Canadian Environmental Assessment Agency.

In third spot is the LNG Canada venture in Kitimat, led by Royal Dutch Shell PLC. The fourth B.C. plan deemed to be still seriously in the hunt is WCC LNG Project Ltd., co-owned by Exxon Mobil Corp. and Imperial Oil Ltd., which is seeking to construct at Tuck Inlet in Prince Rupert.

Major B.C. players that have lost momentum include Kitimat LNG and Prince Rupert LNG, with World Gas Intelligence describing those two as on "life support." Kitimat LNG is co-owned by Chevron Corp. and Woodside Petroleum Ltd., while Prince Rupert LNG is now owned by Royal Dutch Shell after the energy giant completed its acquisition last month of BG Group PLC.

Others with fading dreams include the AltaGas Ltd.-led Triton LNG proposal in Kitimat, and Aurora LNG, a venture led by China's CNOOC Ltd., a bid to construct on Digby Island near Prince Rupert.

"The British Columbia government is still clinging to hopes that a major LNG export project will go ahead," the report said, noting that among proposals to build large liquefaction plants, Pacific NorthWest LNG remains the front-runner.

Pacific NorthWest LNG has budgeted $11.4-billion for its terminal on Lelu Island, while an affiliate has already invested an average of more than $2-billion a year from 2013 through 2015 on natural gas drilling in northeast B.C.

The analysis said the Petronas-led group has been frustrated by the federal environmental agency's "glacial decision-making process," but the co-owners will be reluctant to walk away after devoting so much time and money.

Environmental groups are opposed to Pacific NorthWest LNG, warning that juvenile salmon habitat is at risk of being destroyed in the Skeena River estuary. But John Helin, mayor of the Lax Kw'alaams First Nation, sent a letter on March 15 to the regulator to announce that the band council will support the project subject to certain conditions, notably the creation of an environmental performance committee.

B.C. Premier Christy Clark continues to stick with her prediction that companies will be operating three LNG terminals in B.C. by 2020. Only Woodfibre LNG, however, is in a solid position to be up and running by then.

"To be fair, the situation is not peculiar to Canada, as cratering oil and gas prices have combined with a growing LNG supply glut to paralyze new liquefaction projects almost everywhere," World Gas Intelligence's study said. 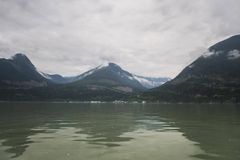 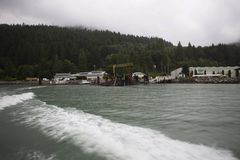