The World Bank said Tuesday it will stop virtually all lending for oil and gas projects in the developing world after 2019, sending a powerful message to global producers that financial institutions are reassessing the risks of fossil fuel development.

World Bank president Jim Yong Kim made the announcement at an international climate summit being hosted by French President Emmanuel Macron to mark the second anniversary of the signing of the United Nations Paris Agreement on Climate Change, in which countries committed to limit the rise in global average temperatures to less than 2 degrees C.

"We're determined to work with all of you to put the right policies in place, get market forces moving in the right direction, put the money on the table, and accelerate action," Mr. Kim said in a speech delivered in Paris. "That's the only way we can meet the commitments we made two years ago, and finally begin to win the battle against climate change."

The bank will make exceptions for natural gas developments in the poorest countries that need the fuel to provide access to energy for its citizens.

Oil and gas investments, including loans and equity stakes, account for roughly 2 per cent of the Washington-based development bank's $280-billion (U.S.) asset base. Its International Finance Corp. – which finances private-sector activity – invested $238-million in the sector last year.

The World Bank announced in 2013 it would stop financing coal-fired generation projects.

Federal Environment Minister Catherine McKenna – who is attending the Paris summit – said Canada will work with the World Bank to leverage private financing for developing countries that want to phase out coal-fired power, part of Ottawa's international effort to reduce coal use in the electricity sector.

"We were certainly pleased to see the announcement by the World Bank today," Ms. McKenna said in a media call from Paris. The minister said the increased demand from institutional lenders for greater disclosure of carbon risks from the companies in which they invest will help drive capital to lower-carbon energy sources.

"Everyone should be concerned about risk exposure as we move forward," she said. "We know that we are in a transition period and the risks are extremely large if you're still investing in things like coal and not considering the exposure you are bringing to your shareholders and your board."

However, critics suggest Canadian institutions are laggards in that regard. A report released this week by German environmental group, Urgewald, list several Canadian financial companies or pension funds among the top 100 investors in the coal industry worldwide. Those include Sun Life Financial Inc., Power Financial Corp. and the Caisse de dépôt et placement du Québec., Royal Bank and Manulife Financial. Although not in the top 100, the Canada Pension Plan Investment Board was also identified as a major investor in the industry.

CPPIB spokesman Michel Leduc questioned Urgewald's conclusions, saying its numbers seemed to include both metallurgical coal and thermal coal that fires power plants. Mr. Leduc said the CPPIB is required under its legislation to maximize its returns for beneficiaries, taking into account the risks that arise in the market. Those risks now include the global push to combat climate change.

"We're intently focused on a prudent gradual transition along the return-risk course of progression in favour of renewable energy sector that will displace more traditional sources, including thermal coal," he said.

Export Development Canada (EDC) has also faced criticism for continued support of the country's oil and gas producers, especially the oil sands industries, which has been the fastest-growing source of greenhouse gas emissions in Canada.

Environmentalists insist EDC's efforts should be considered subsidies for the fossil fuel industry, which Canada has committed to phasing out.

The EDC provided nearly $12-billion (Canadian) in support for the oil and gas sector last year for services such as receivables insurance, and working capital insurance and other export-related financial products. But the corporation insists its business is done on a commercial basis, unlike the World Bank, which provides development assistance to poor countries or corporations operating in those jurisdictions.

"EDC's business is seeing a shift from O&G to renewable energy and clean technologies, and we expect that shift to accelerate over the near term," spokesman Phil Taylor said in an e-mailed statement. "During the market's transitional period, we believe in a balanced approach: providing commercial financing to Canadian O&G companies while continuing to be the leading financial supporter of Canadian clean-tech companies." 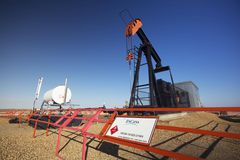 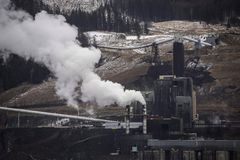