The new rules, effective on Monday, allow exporters to provide import documents from transit countries instead of requiring paperwork from the final destination, a Government Gazette signed by Zambia Revenue Authority Commissioner-General Berlin Msiska shows. The document was sent to Bloomberg News.

The edict only applies to future payments and not money already owed, with the revenue authority planning to start talks over a backlog of disputed claims "on a company-by-company basis," said Jackson Sikamo, president of the Lusaka-based Zambia Chamber of Mines.

Lungu said the government was also in talks with mining companies over a new higher-royalty tax system that became effective in January and which operators say may result in 12,000 job cuts this year. Barrick Gold Corp. said it would start the process of idling its open-cast Lumwana mine in the northwest of the country because of low copper prices and the new royalty system that replaces a tax on profits with levies on sales of as much as 20 per cent.

The government "won't allow a single mining job to be lost and has accordingly directed the Ministry of Mines to ensure that operations at Lumwana mine are not idled," Lungu said in a statement posted to the presidency's Facebook account. Zambia is "rapidly addressing" concerns over the higher mineral royalties, he said.

The revised value-added tax regulation is "a positive, it's a move in the right direction," Sikamo said by mobile phone. "We want to sort out the refunds going forward and have discussions on the backlog."

The withholding by the government of more than $600-million in value-added tax repayments has led to companies suspending in excess of $1.5-billion in investments, with at least one operation halting. The new royalty system is hurting profits at companies while copper prices trade near five-year lows. Glencore PLC, Vedanta Resources PLC and First Quantum Minerals Ltd. have operations in Zambia.

Lungu said the government will consider finding a technical partner to operate Lumwana together with state-owned ZCCM Investments Holdings to secure jobs if Barrick places the mine under care and maintenance.

No other Zambian mine has announced production cuts and the country will probably produce 900,000 metric tons of copper this year, the most in 40 years, Lungu said. The country produced 708,000 tons in 2014, according to preliminary figures from the Ministry of Mines.

The old VAT rules forced companies to receive payments from customers directly into their Zambian bank accounts and required them to supply import receipts from the country of final destination for their product to claim VAT refunds. Mine owners complained that this was almost impossible to adhere to as they sold their copper to trading companies and didn't know the final destination.

Konkola Copper Mines, Vedanta's local unit, said in November the revenue authority owed it $130-million in VAT credits under the dispute, while First Quantum said last week it was owed $246-million by the end of 2014.

KCM said on Monday the government's decision made it economical to increase the use of its smelters by buying concentrate from other companies to process.

A Jan. 20 meeting between the mines chamber and Lungu over the new tax system that operators say threatens the viability of some operations "went very well," the chamber's Sikamo said. Lungu said the government is "prepared to discuss and look for a solution."

Zambia's new mineral-tax system replaces corporate income tax with a 20-per-cent royalty for open-pit operations and 8 per cent for underground mines, effective Jan. 1. Royalties were previously a uniform 6 per cent.

About 2,000 workers went on strike on Monday at Lumwana demanding a conclusion to wage talks and clarity about Barrick's plans to idle the mine, James Chansa, president of National Union for Miners and Allied Workers, said by mobile phone. 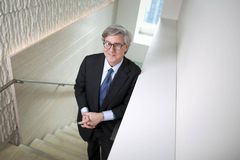 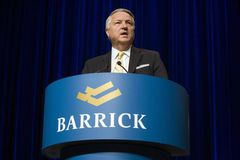 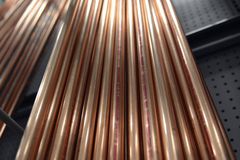