The media industry is facing a moment of reckoning.

Like never before, consumers have the ability to reject the intrusion of digital advertising. Apple Inc.'s announcement in June that the latest update to its mobile operating system would allow people to download ad blockers for its Safari Web browser threatens a growing and crucial realm of digital ads: mobile.

To some extent, the crisis itself is nothing new. Since the dawn of the commercial Internet, there has been a fundamental imbalance: Content is not free to create, but people want to consume it for free – and advertisers won't fund it with the Xanadu-like ostentation of the print era. But the current concern over ad-blocking software has reignited the conversation.

"This is a drastic response from consumers to poor user experiences," said Sonia Carreno, president of the Interactive Advertising Bureau (IAB) in Canada. "Consumers are expressing their dismay on slow [Web page] load times, intrusive ad formats, a general discomfort about their privacy, and most notably, the lack of quality creative out there. … We do this to ourselves."

Ad blockers have existed for years, but for a time their use was somewhat niche. On computers, though, the use of ad-blocking software such as Ghostery, Adblock Plus and many others, has been growing. And the motivation for mobile users is more acute. On desktops, a slower-loading page – due in large part to the advertising technology running behind the scenes – is an annoyance. But most desktop users, particularly in North America, have relatively generous Internet plans. On mobile devices, where people have to keep a sharper eye on their data limits, there could be a financial cost.

The developer behind ad-blocking app Crystal claimed that when he tested 10 news websites on his iPhone 6+, on average pages loaded 3.9-times faster when using the ad blocker, and used 53-per-cent less bandwidth.

"When you think about the bandwidth consumed, that is a form of theft on the consumer side," Ms. Carreno said.

Those hurt by ad blockers aren't the only ones to object. After his blocking app Peace shot to the top of the Apple store last month, its creator shut it down, writing that he didn't "feel good" about the way ad blockers "hurt some, including many who don't deserve the hit."

Ms. Carreno believes a reconciliation with consumers is necessary. Over the next couple of months, IAB Canada will be conducting research into the kinds of ads that people are willing to see in exchange for free content, and wants publishers, advertisers and their agencies to agree on cutting out ads that people find unacceptable. Starting soon, the group will also be launching an ad campaign to talk to Canadians about the importance of ad-supported content.

Others have attempted similar approaches. Publications such as The Guardian, The Washington Post and Wired have experimented with pop-up screens that ask users of ad blockers to either turn off the software, add their websites to a white list allowing ads, or make a small financial contribution in lieu of looking at ads.

"Many people already receive our journalism for free online, and in the long run, without income via subscriptions or advertising, we won't be able to deliver the journalism that people coming to our site expect from us," Kristine Coratti Kelly, a spokesperson for The Washington Post, said in an e-mail.

She added that the communication with users of ad blockers was a test, which is now finished.

"As an industry, we need to treat users with more respect – creating better, faster ads that work well across all devices that don't downgrade the overall online user experience," Eamonn Store, CEO of Guardian U.S., said in a statement. "We also need to be better at explaining to our readers that ads play a crucial role in supporting open access to quality and trusted journalism."

But others are skeptical.

"That ship has sailed, long ago," said Johnny Ryan, head of ecosystem at Pagefair, a firm that sells services to publishers to respond to ad blockers. "There's no amount of hand-wringing or begging that will get me to watch an ad … your reader will not help you."

A recent study from Pagefair and Adobe found that in early 2013, just fewer than 54 million people globally used ad blockers; that number is now more than 200 million. Like Ms. Carreno, he believes the industry needs to be stricter about the ads allowed on the Web.

If it isn't, it's in trouble, because blocking is getting easier. Eyeo GmbH this week launched a version of its Adblock Plus blocker for Apple phones, which it says is the first free blocker in the App Store.

"Better ads are clearly being called for by the consumer," said Ben Williams, a spokesperson for Adblock Plus.

The company this week also announced it is creating an independent board to oversee its "acceptable ads" program, which allows publishers to apply to have their ads whitelisted to slip through the blocker.

It has been controversial: According to reports, the program has been accepting payment from some of those publishers.

Others are looking at building blocking right into mobile devices. This week, Digicel Group Ltd., a Jamaica-based telecom provider in the Caribbean and South Pacific, announced it would build in an ad blocker from Israeli company Shine Technologies that allows mobile users to opt into ad blocking through their devices, without having to download an app.

"Mobile carriers are gravitating toward ad blocking," said Roi Carthy of Shine. "And consumers are saying, enough is enough." 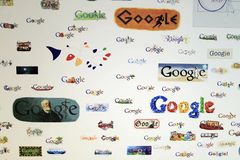