The baby flies through the air, shooting fire from her titanium-alloy palms.

This is " Iron Baby ." The Canadian-made, computer-generated animated video has been watched on YouTube 18 million times since it was posted in 2010; an audience more than two-thirds the size of the one for Marvel's actual 2009 trailer for Iron Man 2. That 26 million views have poured in for a movie advertisement – and that millions more have watched a parody so slick it belies the amateurish descriptor "user-generated content" – speaks to the growing appeal of the video platform that Google Inc. purchased in 2006.

A report that will be released on Friday, "YouTube Comes of Age," is examining Canadians' consumption of online video, and the promise it holds for advertisers.

The study by Toronto-based Solutions Research Group comes the week after YouTube announced it had hit a milestone: 1 billion monthly users. Advertising to that massive audience is key to Google's plans for making money off the site: in its blog post on the subject, it noted that all of the largest advertising spenders in the U.S. have campaigns on YouTube. That's partly because it provides instant feedback from viewers. They comment on videos. They click "like" or "dislike." Analytics show how many people watch; how many watch all the way through; the exact point in a video when they click away; and more.

"Half the time, you don't know why people watch and what they like. Take that in the context of ads. … Google knows exactly what happens," said Solutions Research Group head Kaan Yigit. "There's a remarkable power in that knowledge."

While TV is certainly not dead, YouTube is gaining in influence. Nearly half of those in the SRG survey said they are watching more on the site than they were a year ago, and only 9 per cent said they were watching less. That's because the material is seen to be improving: one-quarter of respondents said that YouTube content is more plentiful, and better, than before. On social media, people's friends are posting more links. And some explained that the videos they sought out were relevant to their interest in new topics or things they wanted to learn. They are hungry for stories.

"It's moving away from traditional advertising, where it's a very rational message, to the realm of storytelling where we're trying to create content that adds value," said Ammar Khan, social media manager at Ford Motor Co. of Canada. Last year, the company hired the Iron Baby director, Montrealer Patrick Boivin, to highlight the features of its Escape SUV. The result was a video in which a man outwits a group of brain-hungry zombies by distracting them with the magic of the key-less trunk opening, and the quality of the stereo system.

Between Mr. Boivin's YouTube channel and Ford Canada's channel, the video and its short epilogue combined have nearly a million views. In its research, Ford found that people who had seen it had a 12-per-cent jump in favourable opinion of the vehicle.

Viewers are noticing advertisers' growing incursion into the space, according to SRG's new report. Roughly half of those surveyed said they noticed more ads on the site. But there's a good reason for advertisers to be interested: YouTube viewers have purchases in mind, making them an extremely valuable target market. The study found that 29 per cent of its online Canadians had watched a video on YouTube "for or related to something you are interested in buying," just within the past month.

Even when they're browsing, viewers don't want to watch something that feels like an ad. Tapping into Mr. Boivin's "super user" appeal was a conscious strategy for Ford.

"We're going to continue with the tactic of working with people who have large YouTube audiences," Mr. Khan said.

They are not the only ones who have come calling. Mr. Boivin has been hired to do work for Lego , Nike , and Google for the release of its Nexus One phone, among others. The majority of his income now comes from these freelance advertising gigs; the rest, from the revenue that YouTube kicks to him for ads it places alongside his own work. He is now working with a studio to make a feature film. He cannot talk about the project yet, but says it will be announced soon. He has noticed other prominent YouTubers getting more commercial deals, as well.

Mr. Boivin has made TV commercials in the past; his award-winning satirical show Phylactère Cola ran on Télé-Québec from 2002 to 2003, opening up contract opportunities. He sees a big difference working on projects for the Web, however – which also represents the larger shift in ad storytelling that YouTube and the larger social media space are triggering.

"They come to me and they want my signature. I have a lot more freedom," he said. "… You don't have to fit in a particular time, you don't have to respect all the TV rules. It's more creative."

WHAT THE STUDY FOUND

New research reveals some interesting things about Canadians' relationship to YouTube, with implications for advertisers paying increasing attention to the sphere of online video.

WE'RE USING IT FOR MORE THAN ENTERTAINMENT

WE'RE TELLING ADVERTISERS WHO WE ARE BY THE VIDEOS WE WATCH

45% searched YouTube in the past month for videos related to a hobby or interest.

Source: January, 2013, Digital Life Canada survey from Solutions Research Group. The ongoing survey interviews 1,000 online Canadians over the age of 12 every three months, with additional questions this time about YouTube consumption. YouTube's parent company Google Inc. was not involved in the study and did not commission the findings. 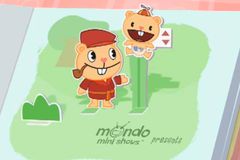 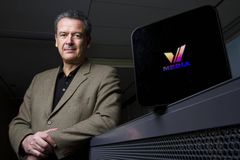