Groups representing the majority of Canada's largest advertisers and their agencies have joined a global effort to better regulate targeted online advertising.

Members of the self-regulating group, collectively known as the Digital Advertising Alliance of Canada (DAAC), announced on Tuesday a program to give consumers more information about how data about their Web use is collected, and to allow them to control whether they want to receive targeted advertising messages.

DAAC's move is an offshoot of a similar initiative launched in the U.S. in 2010, which has since spread to the European Union. Within a few weeks, Canadians will begin to see an "Ad Choices" icon – a blue triangle with a lowercase "i" inside it – on many more online ads. The icon serves as notice that the ads appear based on their Web browsing behaviour. Clicking that icon will allow users to learn more about ad targeting, and will give them the option to opt out of that kind of behavioural advertising.

Opting out will not mean that consumers will not see ads online; just that those ads will not be targeted based on their behaviour.

"To a large extent it's been a wild west for far too long," DAAC chairman Bob Reaume said in an interview. The group includes industry associations representing marketers, as well as their advertising agencies and the agencies who buy media to host that advertising.

The Interactive Advertising Bureau of Canada – whose membership includes publishers such as The Globe and Mail and Torstar Digital, tech companies such as Google Canada, as well as ad networks and agency trading desks – is also part of the group.

Each of the individual companies must formally sign on to the program and use the Ad Choices icon as the industry groups representing them have only been involved in the program's development.

The goal isn't to encourage people to opt out. The DAAC aims to educate people about how they are targeted, and perhaps to make them more comfortable with the data-focused world of digital advertising.

"[Targeted advertising] is a service to consumers," Mr. Reaume said. "If you don't have toddlers in the house, why should you get diaper ads?"

The industry increasingly depends on that type of targeting. A growing number of digital ads are purchased through exchanges and networks that sell ad space based on the type of person who will see it, instead of the media environment in which ads are placed. This audience targeting depends on online data collection, which tracks an individual's Web behaviour and other characteristics.

The Office of the Privacy Commissioner of Canada intends to watch the program to ensure it complies with Canada's federal private sector privacy legislation, spokesperson Valerie Lawton said in an e-mail.

"Our Office is pleased that the advertising industry is taking action on this issue … the use of online behavioural advertising has grown dramatically and we are concerned that Canadians' privacy rights are not always being respected," she said.

The Office has told the DAAC that it will need to educate Canadians about the new icon, and referred to a Carnegie Mellon study last year that disclosures about behavioural targeting were often not clear to Internet users.

According to the Office's own research , 92 per cent of Canadians think that user consent should be required for companies to do Internet tracking.

The DAAC initiative will be enforced by Advertising Standards Canada, the industry self-regulatory body. ASC also fields consumer complaints about advertising; last year, roughly one-fifth of those dealt with online ads, though none addressed privacy concerns about behavioural targeting.

In ads we trust: How best to get the message across
September 17, 2013 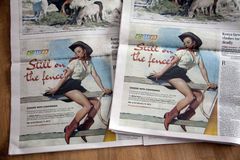 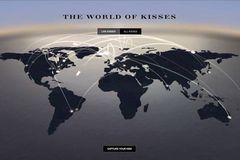