The engine gave its libidinous roar and in a squeal of rubber, the expensive sports car hurtled toward a concrete wall. But as that BMW narrowly slid through a hole in the wall, the marketing executives behind that flashy promotional video worried they, too, might be flirting with disaster.

Their anxiety stemmed from the fact that the luxury car maker was attempting to re-establish the high-performance image of its brand using a medium that did not have much cachet: online video. You know – the stuff of silly cats and surreal candy campaigns.

"There was a lot of discussion about whether this was the right move, and I was very anxious," said Marc Belcourt, brand communications manager at BMW Canada.

Since the video launch in June, 2011, however, his view – and that of his competitors – has shifted. The "Walls" video that introduced the BMW 1 Series M Coupe to Canada has shot up above 4 million views on Google Inc.'s YouTube site. More importantly, along with a companion video that showed the car drifting around a helipad high above street level, the video is driving up the bottom line.

Sales of the Series M rose 12 per cent in 2011 compared to 2010, and last year was the most successful sales year ever for BMW Canada.

In the first half of 2011, Mercedes-Benz had outsold BMW every month. In June, the month the video launched, BMW outsold its luxury car rival by 700 vehicles and continued to outsell it each month for the rest of the year.

The success led BMW Canada to launch another video, "Bullet," this summer. It has also reached more than 4 million views, and the car it features – the M5 – has exceeded its sales targets for this year by 63 per cent.

The BMW case underscores that perceptions are slowly changing among marketers – and online video is growing up.

"It's not dogs on skateboards – the content has really improved," said Marshall Self, head of media solutions at Google Canada.

Canadians are consistently ravenous consumers of online video compared to their global counterparts. According to comScore, online video viewing in Canada was up 58 per cent last year and YouTube viewing was up 170 per cent. Tablets are driving more video consumption, as are social media platforms, where compelling video content is very attractive for sharing.

"There's a perception that the young and the digitally sophisticated, online video's going to resonate more with them. But for this – a little older, more affluent – we were a bit surprised," said Kris Davis, a senior vice-president with Media Experts, which did the media buy for the BMW campaign.

The firm has in recent months begun using new software, called Pointlogic, that helps it determine the media mix for a campaign to best reach its target audience.

In the case of BMW's most recent campaign, the target was men 45 to 64 with household income above $300,000 with an interest in architecture and design and who keep abreast of fashion. The software determined that it could influence roughly half of that group with online video – and that came second only to magazine inserts. Television ads were determined to influence half that many, and banner ads online would influence only 5 per cent.

The agency also supported the video with outreach to influential automotive bloggers, placement in movie theatres and elevator digital screens, and with online, magazine and billboard ads driving people to the site.

But it was a risk: protecting the luxury image is important for auto makers such as BMW, because while sales of their top-performance vehicles like the M are relatively small, their marketing creates a halo effect for the whole brand.

Because the Series M is not a huge part of BMW's sales, however, the amount required for a TV campaign "would have been an irresponsible use of money," according to Mr. Belcourt – especially after the downturn of 2007, which hit luxury car makers hard and made it more difficult to fight for marketing budgets, he said. The initial Series M campaign had a relatively modest budget of $900,000.

And while TV remains incredibly influential, higher-end brands are starting to wake up to the potential of online video. According to research by Google, light TV viewers (who are watching video more online) tend to have higher incomes than the heaviest TV users.

With the success of BMW Canada's online video campaign, global competitors are starting to jump into the fray. At around the same time "Bullet" was released this summer, Mercedes-Benz released its own spot featuring a pro golfer shooting a ball that a driver catches in a convertible's open roof (the same message of performance). And last month Mitsubishi released a video that appears to be a spoof of the BMW "Bullet" ad, smashing through a chandelier and a stack of wine glasses under the label, "Unpretentious."

Beyond simply viral content, there are also more opportunities for paid video advertising online as premium media outlets such as Vanity Fair, The Wall Street Journal and others put more effort in their own video offerings. (The Globe and Mail is among those media organizations investing in video.) While broadcasters at first charged "prohibitive" fees for pre-roll on the TV shows they stream online, the market is beginning to even out, Mr. Davis said.

A report this month from the Interactive Advertising Bureau showed that while still a very small slice of overall media spend, online video is the fastest growing advertising category.

But it can be a hard sell for clients – especially unpaid campaigns that are designed to go viral, said Brent Choi, chief creative officer at Cundari, the agency behind the BMW videos. Clients like to know they have paid for a certain-sized audience. But that audience may not be paying attention

"It's so dangerous because if the video is not good, it's wasted," he said. "TV, it might be wasted too but at least you feel good because someone was forced to watch it … [Online video] is successful if it's good. You can't B.S. a view count."

"The dynamics have changed," Google's Mr. Self said. "We're not forcing people to watch. It's the democracy of online video – everyone has a choice …User choice is really changing advertising."

Watch these videos in a slide show: The 10 most popular Canadian-made ads on YouTube

Posted: Oct. 2006 (One of only two on this list that does not appear to have been posted by the advertiser – appears to be the account of the ad's director.)

The Canadian duo of Janet Kestin and Nancy Vonk helped to define the potential of online video with this campaign, which won the Grand Prix in both the Cyber and Film categories at the Cannes advertising festival in 2007.

Dermablend: "Go Beyond the Cover"

YouTube views: 10.8 million (the agency says it's more than 15-million when other sources are counted)

Featuring "zombie boy" Rick Genest, the video showed just how effective the premium cover-up makeup is by making the model covered in tattoos from head to toe, look like his skin had never been touched by the needle. It then removed the makeup to show the elaborate art that the product had made completely invisible. It won a silver lion in the Cyber category at Cannes this year.

McDonald's Canada: "Behind the scenes at a McDonald's photo shoot"

The fast food chain has been attempting to address its critics, and dubious customers, with answers to their most unflattering questions. The marketing strategy revolves around transparency and fostering trust in the brand.

The original goal for the campaign was to reach 800,000 views. The amount that it exceeded that number is an example of the importance of "seeding," a technique that distributes a video to a network of bloggers and other online sources that are particularly influential for the ad's target demographic. Spreading a video across the Web in this way gives it a chance to go viral. In the eight weeks after the "Touch the Rainbow" campaign launched (which "Cat" was part of), sales of the candy went up 78 per cent.

Posted: Nov., 2010 (Not placed by the company, but by a Barbie Collectors fan group.)

YouTube views: 5.3 million (An example of the preponderance of Internet use among younger generations; many Barbie enthusiasts have grown up with YouTube.)

Agency: Cundari (Which launched a follow-up this summer, "Bullet." It has already hit 4 million as well.) 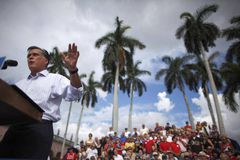 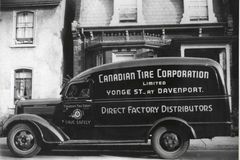 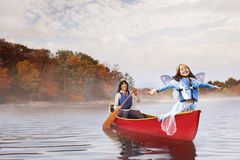 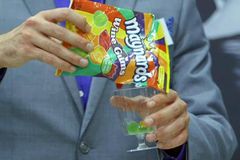 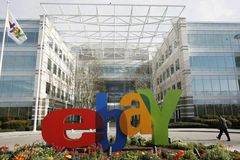 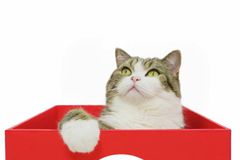