Aeroplan has built its brand convincing people to collect loyalty points to pay for flights. In recent years, it has been expanding the things those points can buy: charitable donations, song downloads, necklaces, and even fondue sets. Starting Friday, another item will be added to the rewards catalogue: tuition.

The loyalty program, operated by Aimia Inc., is the first partner of a startup called Higher Ed Points Inc. The goal is to take some of the pressure off paying for post-secondary education by allowing consumers to use the points they have sitting in loyalty accounts to contribute to university or college tuition for themselves or for someone they know. After a soft launch on Friday, the program will be officially announced on Nov. 7 at a conference hosted by the Higher Education Quality Council of Ontario (HEQCO).

The program comes at a time when tuition is rising and student debt puts a significant weight on the shoulders of young people attempting to kick-start their adult lives. And it also represents an opportunity for the loyalty industry.

According to a 2011 study from Colloquy (a research group owned by the same parent company that owns Air Miles) 90 per cent of Canadians reported they were currently enrolled in at least one loyalty program. That's far more than in the U.S., where the rate is just 74 per cent. But compared to the growth in loyalty program participation in the U.S., membership has been falling slightly – in 2009, 94 per cent belonged to at least one program.

A newer study, released in July, found that Canadians now belong to 8.2 loyalty programs on average, down from 9.2 in 2008. Researchers found that the amount of choice in the crowded loyalty field has made consumers much more discerning. Relevant, attractive rewards have become the key to customer retention.

"We went full-speed ahead," Francine Sternthal, director of project management at Aeroplan, said of the company's reaction when they began talks with Higher Ed Points in March. She noted that Aeroplan began expanding its non-flight rewards program in 2004, with the goal of increasing its appeal.

"This was a category that we hadn't touched before, and nobody else was playing in that area," she said.

At launch, just three post-secondary institutions are in the system to transfer points to tuition dollars: the University of New Brunswick, Toronto's Centennial College, and Kwantlen Polytechnic University in B.C. However, Higher Ed Points is currently in talks with a number of other schools.

"There are a whole slew of them in the wings that we'll start rolling out on a weekly basis," Ms. Sternthal said.

Higher Ed Points's founder Suzanne Tyson also hopes to convince other loyalty programs to come on board. Ms. Tyson worked at Air Miles from 2000 to 2004, and until September, 2012, she ran Student Awards Inc., which helps students to find scholarships and other programs to assist in paying for their education.

Ms. Tyson believes this has not been done before because there was no middleman to do the work of converting loyalty points into tuition dollars – a one-stop-shop that could serve as a loyalty hub for a number of schools.

Higher Ed Points has built that hub. When a member redeems points for tuition, Aeroplan simply issues a confirmation code. The Higher Ed Points website has built a system to validate the code, and transfer money to a student account at any participating school (or hold the points in reserve for that student until her school has signed on.)

For Aeroplan members, the tuition redemption is available in increments of 35,000 miles, which translates to $250. There is no limit on the amount of points that can be donated.

Ms. Tyson points out that this is an opportunity for loyalty programs. Students who receive gifts of loyalty points toward their tuition will be more likely to have loyalty to that brand at the top of their minds.

While Bank of Nova Scotia and Cineplex Inc. have had success among young people with the SCENE loyalty program, they are not as active in the loyalty space.

"A lot of loyalty programs have a difficult time getting youth in the door," Ms. Tyson said. "… Students will be paying attention to the program, and hopefully will get their own cards. That creates a whole bunch of new retail opportunities. Students have huge expenses. They spend a lot of money on consumer packaged goods and grocery products. There are lots of opportunities for grocery stores, and CPG companies, and phone companies, to issue points."

Higher Ed Points is also setting up its website with politely-worded requests that can be used to send requests via social media to friends and relatives who may be inclined to help.

While loyalty programs see a fair contingent of members who are voracious points collectors, there is also a fair amount of dormant currency in some loyalty accounts – the right request could remind some members of the points they are not using, which could be donated.

"It's going to take a lot of Aeroplan miles to pay the full freight of someone's education. But the reality is that many students are having to work while they're at school – and sometimes that's not just part-time," Ms. Tyson said. "If they can take some of that time and focus on school, that's a huge help."

With kids and money, it comes down to building good habits
November 1, 2013 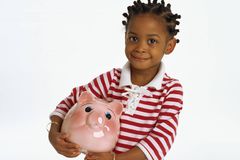 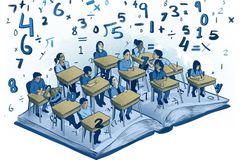