Bryan Pearson wants to explain himself.

The chief executive officer of Air Miles' parent company LoyaltyOne Inc. acknowledges the firm has been "slow to respond" while under fire in recent months. As the deadline approaches for miles five years and older to expire, it has faced criticism for poor customer service for those scrambling to cash in nearly-defunct miles, and for a website that shows customers rewards out of their reach while failing to show some rewards within their miles budgets.

In an interview at Toronto-based LoyaltyOne's offices this week, Mr. Pearson said he wanted people to understand the rationale for the change first announced in 2011.

One reason this is happening is for marketing purposes. "If [collectors] use their miles and get something, on average they become 15 per cent more active in the following year after the redemption," Mr. Pearson said. "They grow their overall engagement.… It is a business discussion and a marketing decision."

This explanation, though, overlooks the fact that the front line of marketing is customer service. With long waits for help – Mr. Pearson says 75 per cent of all calls are now answered within 10 minutes, still a long time, and attempts to reach an agent through online chat this week took roughly 30 minutes – the experience is not always positive.

"It's a pretty aggressive strategy in some ways," Mr. Pearson acknowledged.

However, he said members will now be able to "right-size" their accounts to collect the types of miles that are best for them. In 2012, the company announced it was splitting the program in two: The traditional miles that go toward travel bookings, merchandise and other rewards are now called "Dream" miles, while "Cash" miles can be redeemed at checkout at retail partners. Collectors can choose which type of miles they want to collect in future.

But miles accumulated in a Dream account can't be converted to cash, or vice versa. The company says this is because the two accounts have different economics. Still, some type of conversion, even at a discount, would give members more control. Mr. Pearson said the company isn't considering that.

Another reason for introducing the expiry period is financial: LoyaltyOne had built up nearly 20 years of liabilities when it announced the change in 2011.

"You have an estimate of a certain number of the miles that will never be used by collectors – either because collectors die, or they collect and they don't collect any more, or whatever happens," he said. But unused miles were sitting on the company books.

"How do we create financial certainty around what the business model is and where it's going to go?"

It's an interesting question, since the business model is essentially built on that liability.

Air Miles makes its money from retailers who pay the company for each mile they give to consumers with a purchase, and for marketing outreach that Air Miles does on the retailers' behalf. Retailers pay so that they don't have to shoulder the costs of managing their own loyalty programs. They use it to track shoppers' purchasing habits – which can be useful for everything from knowing which products to stock in which stores at what volume, and for tailoring marketing offers based on shoppers' preferences. Retailers can also use bonus miles promotions to move inventory where needed.

Air Miles has to buy the rewards that consumers get when redeeming miles. Air Miles negotiates lower prices for those rewards and makes money on the difference between what retailers pay for giving out points, and what Air Miles pays for the equivalent amount in rewards.

Miles that are never redeemed are the most lucrative because the company has already been paid to issue them and does not have to give anything back in the form of rewards. So there is a major financial upside for Air Miles in having miles expire.

There are a few things about the change that Mr. Pearson would have done differently: the first is not to tailor rewards offers to people's preferences. That's why, he says, some customers noticed offers for products they could not afford, while in other accounts with enough points for those products, they did not appear.

He would also have ramped up his customer-service staffing earlier to cope with the increased level of calls. Finally, he said, he would have communicated better.

Mr. Pearson emphasizes that Air Miles is a free program, but amid all the talk of "big data," when people are more aware than ever that their personal information has financial value for companies, consumers may not see it that way.

"I see it more as a value exchange. Information for a better experience. Information for little extras that I may receive because I'm sharing what type of customer I am," he said. "Our job over the next three months and into the first quarter next year – what will really determine whether they're interested in continuing to support the program, is, did I get something of value?"

On an online petition asking the company to allow collectors to transfer unused "Dream" Miles to "Cash" Miles:

"There's a small group of fairly vocal consumers. It's important to us to listen to them, and to make whatever changes we can make around the program that are within the bounds of what we've had as a strategy. We have two distinct programs, Cash and Dream.… An add-on effect [of expiry] is causing people to stand up and pay attention to the miles they have, and look to think about what they want to do. As we come out of next year, we're going to have a more engaged, more active group of collectors behind the program. We think in the long run, that will be more positive for the program. If there are people out there who feel that we should take a different strategy, you can probably find in any number of businesses people who disagree with the strategy.… I didn't like New Coke."

On the class-action lawsuit seeking damages over the expiry:

"At this point for legal reasons we're not going to make any comment. Given what happened when Aeroplan was approaching their expiry, it's not surprising.… We expected that someone out there would try to make a case around that. We're too prominent a brand with too much activity for people not to see that as an opportunity. They came sooner than we would have anticipated because the event hasn't actually happened.… We're not in a position to comment [further]."

1) Keep it simple: "People were coming in and they were comparing two cards that they thought should have seen the same product, and they were seeing different products when it came up.… We made a decision, why don't we show them the full assortment of product, because what we want to do is get them excited about what's possible. That's where people were seeing two experiences of what product is seen or not seen. And that creates, is there an element of mistrust that's built as a result of that?"

2) Be prepared: "We expected people would get through summer months and activity to ramp up end of August. We had a lot of technology upgrades and a lot of supplemental hiring planned for the last trimester of the year.… It caught us a little bit by surprise. We were scrambling to hire more customer-care agents.… In hindsight, planning to be ready end of March would have been a good idea."

3) Communicate: "We announced in 2011, we thought we had done a fair amount of communication. There was lots of awareness that was created.… If you had to roll the clock back, we probably would have done more straightforward communication to consumers in the intervening years." 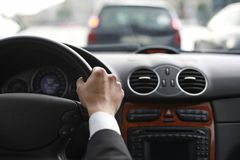