When 89 per cent of a company's revenue comes from advertising, you would think someone would be in charge of advertising.

But Twitter Inc. went nearly a decade without a chief marketing officer, before hiring Leslie Berland away from American Express Co. in January. Of course, the company was focused on working with advertisers before that. But without a CMO, it did not sufficiently articulate what Twitter means as a brand – both to the users who drive its growth, and to the advertisers who pay the bills. On Monday, the company will expand that team with the addition of its first head of consumer marketing in Canada, Laura Pearce, formerly vice-president of brand strategy at Blue Ant Media.

The hires are part of a larger attempt to address slower than expected growth at the company: While other platforms such as Snapchat have been aggressively courting both users and advertisers, Twitter has had trouble attracting new users. Although it is making more money per user than before – and roughly 70 per cent of those users are on mobile devices, a growing area of interest for advertisers – the platform needs to grow in order to thrive in an environment with intensifying competition for social-media advertising dollars.

Last year, before hiring Ms. Berland, Twitter launched its first major advertising campaign for itself, which ran on television during the baseball World Series. Last month, it launched a series of videos highlighting the way people use Twitter to keep up with what's going on in the world.

"A lot of that was U.S. focused," Ms. Berland said in an interview Thursday. "…What you'll be seeing soon is a manifestation of that in Canada."

The work comes out of research Twitter did showing that people who use the platform understand what it is for, but those who are not yet users find it confusing – for example, many people surveyed thought that they could only join Twitter if they had something to say and could commit to tweeting daily, as opposed to passively using it to check in on sporting events, the news, or other topics that interest them. The company believes that could be hindering user growth.

"I believe there's a real opportunity to change perceptions. … What you're seeing is a sharp focus on storytelling about who we are, what we are for, what we stand for," Ms. Berland said. "There is a lot more to come."

Twitter is looking to significantly change the way it promotes itself to prospective users, but also to advertisers.

"I'd be very disappointed if we weren't in the market in a very different way," Ms. Pearce said. "You should expect to see us being more vocal … and being off the platform more than before. How are we speaking to people that are not on Twitter?"

A big problem when it comes to Twitter's brand identity is the high-profile stories of harassment that goes on there, including hate speech directed at public figures, journalists and others – a problem certainly not isolated to Twitter, but for which the platform has gained a bad reputation.

This issue could both discourage new users from hopping on board, and could be a problem for advertisers who generally look for non-toxic environments in which to promote their brands.

"We're definitely working on this. … There is product work going on in San Francisco right now that is one of our top priorities," said Twitter Canada managing director Rory Capern. The company has created a trust and safety council working on how to respond to online trolls. "The line that we walk is between freedom of speech and safety. That is a very careful consideration for Twitter and always has been."

Twitter is working on giving advertisers more reasons to consider spending money there. It has been introducing more ad products, such as branded "stickers" that can be added to photos. And a big priority is investing in video content. The company has announced deals to live-stream sports events with the National Hockey League, the National Football League and Major League Baseball right on Twitter, and running ads against those digital streams. In Canada, however, the video prospects are quite different thanks to streaming rights already locked up in many cases by the broadcasters who hold the television rights; here, Twitter is working on deals with those broadcasters to air highlight clips of sporting events shortly after they happen, sharing revenue for the ads that run before those clips. One example is its Olympics partnership with CBC, which has been posting Games clips, often with preroll ads.

"We know advertisers have a better opportunity to connect with people when they're doing something they're truly interested in," Ms. Pearce said.

Of course, these are moves the other social networks are making as well: Facebook, Instagram, and Snapchat are all building new ad products at a fast pace, and have all delved into video content. They are also aggressively expanding their measurement capabilities, to demonstrate return on investment on social-media advertising. In a cluttered ad market, Twitter will need to persuade advertisers that it has an edge over its social-media rivals – and prove just how much their investments in the platform ultimately pay off. 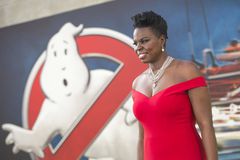