A small U.S. toy company has struck a chord with a new commercial that criticizes the cavalcade of girly pink products marketed to young girls. But the Beastie Boys, whose song the ad remade as its anthem, are not feeling the love.

In its first six days, the new ad for GoldieBlox has racked up more than seven million views on YouTube with its scenario of a group of girls building a massive Rube Goldberg machine in their house. The ad is set to the Beastie Boys hit Girls, with its original demeaning lyrics ("Girls to do the dishes, Girls to clean up my room … all I really want is Girls" etc.) rewritten to demand toys that let girls "use our brains."

However, as The Hollywood Reporter writes, the group's lawyers have contacted GoldieBlox to notify them that the ad is copyright infringement. In response, the company has gone to court in California to ask for "a declaratory judgment" to stave off any legal action. It is asking that its video be declared "fair use" under copyright laws since it is a parody of the original song.

"GoldieBlox created its parody video specifically to comment on the Beastie Boys song, and to further the company's goal to break down gender stereotypes and to encourage young girls to engage in activities that challenge their intellect, particularly in the fields of science, technology,engineering and math," the court documents state.

It is not the first time the Beastie Boys have pushed back against the use of their songs in ads. Last year, for example the group sued energy drink maker Monster Energy Co. over the use of its music in a promotional video for an event it was hosting in Lake Louise, Alta.

When Beastie Boy Adam Yauch, also known as MCA, passed away in May of 2012, the last line of his will stipulated that his music should not be used in ads. It read: "in no event may my image or name or any music or any artistic property created by me be used for advertising purposes." (Emphasis his.)

Some have questioned the legal validity of this portion of the rapper's will, but the group's two surviving members have shown they are prepared to fight to enforce those wishes.

Later in their careers, the Beastie Boys have apologized for homophobic lyrics in past songs and moved toward a more progressive stance toward women – including in the song "Sure Shot," much-quoted following Yauch's death, which included the lyric : "I want to say a little something that's long overdue/ The disrespect to women has got to be through/ To all the mothers and sisters and wives and friends/ I want to offer my love and respect to the end."

These are the lyrics to the 1987 song Girls followed by the version found in the GoldieBlox commercial.

Girls, hey all I really want is girls

And in the morning it's girls

'Cause in the evening it's girls

And it's chill to hear them talk

And I can always make 'em smile

From White Castle to the Nile

Back in the day

There was this girl around the way

She liked my home-piece MCA

He said he would not give her play

Her pants were tight and that's OK

If she would dance I would D.J.

We took a walk down to the bay

"Hey me and you should hit the hay"

I should have probably guessed they're gay

So I broke north with no delay

I heard she moved real far away

That was two years ago this May

I seen her just the other day

Jockin' Mike D. to my dismay

Girls – to do the dishes

Girls – to clean up my room

Girls – to do the laundry

Girls – and in the bathroom

Girls, that's all I really want is girls

Two at a time I want girls

GoldieBlox advertisement lyrics to the tune of "Girls"

Girls. You think you know what we want, girls

Pink and pretty it's girls.

And everything else is for boys

And you can always get us dolls

It's time to change.

We deserve to see a range.

'Cause all our toys look just the same

We are all more than princess maids.

Girls to build the spaceship

Girls to code the new app

Girls to grow up knowing

That they can engineer that.

Girls, that's all we really need is girls

To bring us up to speed it's girls

Our opportunity is girls

Probing the mind of the online consumer
November 22, 2013 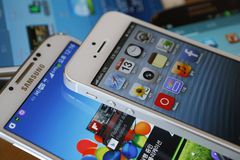 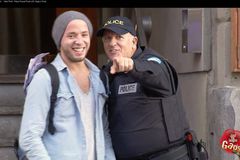