It's not often that a company with an annual marketing budget of $1-billion thinks of itself as a shrinking corporate violet. Coke after all, is known for its global ad campaigns: efforts that literally change the face of Christmas, or that teach the world to sing in perfect harmony. Last year at this time, the company's Canadian division was tying the country together with a 45,000-kilometre Olympic torch relay that stretched across more than 1,000 communities. If it doesn't thump its chest, it doesn't have a brand value estimated by Interbrand to be worth more than $70-billion (U.S.).

Yet there was Nikos Koumettis, the president of Coca-Cola Ltd. Canada, saying of the company's corporate social responsibility initiatives: "Concerning CSR, we were silent." Other companies, meanwhile, were stealing the limelight.

This struck Coke executives as unfair. "As a company culture, we were and still are, I think, a company that prefers to do a lot of stuff rather that talk about it," Mr. Koumettis said. "For 10 years now we were doing a lot of things relating to the environment. But the awareness of all those things was close to zero."

"A lot of other companies - the way we feel at least - were doing much less than us, talking much more."

If that's true, then you can mark 2011 as the year Coke breaks its silence. Next month, Coca-Cola Canada will kick off the beginning of a long-term campaign that represents what executives are calling a "significant investment" in marketing their environmental bona fides. Last month, the company convened a roundtable discussion on sustainable partnerships at its largest Canadian facility in Brampton, Ont., hosted by Toronto news anchor Anne Mroczkowski and attended by more than 60 business leaders, politicians and non-profit executives, including the local MP Ruby Dhalla, Ontario Minister of Natural Resources Linda Jeffrey and Ontario Minister of Transportation Kathleen Wynne.

But while Coke executives participated, the event was designed to allow the company to bask in the reflected light of non-profit organizations benefiting from its munificence. Gerald Butts, the president and CEO of World Wildlife Fund Canada, praised Coke's commitment to not just change its business practices, but influence others in the process.

Last year, the company gave WWF Canada $500,000 to aid in freshwater preservation, protection of polar bears, and to sponsor the organization's Earth Hour initiative, part of a worldwide partnership worth $20-million annually. While the WWF has Coke's ear on sustainability and wildlife issues, it also benefits from the beverage giant's advice on marketing expertise.

"Coke is the No. 1 purchaser of aluminum on the face of the earth - which is one of the most carbon-intensive commodities," noted Mr. Butts. "The No. 1 purchaser of sugar cane. The No. 3 purchaser of citrus. The second-largest purchaser of glass, and the fifth-largest purchaser of coffee. We could spend 50 years lobbying 75 national governments to change the regulatory framework for the way these commodities are grown and produced. Or these folks at Coke could make a decision that they're not going to purchase anything that isn't grown or produced in a certain way - and the whole global supply chain changes overnight. And that in a nutshell is why we're in a partnership."

"Coke is literally more important, when it comes to sustainability, than the United Nations."

By 2020, Coke has committed to reclaiming and recycling the equivalent of all of the packaging it uses around the world. It has also committed to adding back into water systems an equivalent of all the fresh water it extracts during production of its beverages. In Canada, both of those goals are likely achievable within that time frame, if challenging: Recycling efforts here are far more integrated into society and local infrastructure than south of the border - never mind in less developed countries.

"Canadians, from all the research we have, are much more environmentally sensitive than other countries," said Mr. Koumettis, in explaining why the company used Canada as the launching pad for its PlantBottle, a completely recyclable bottle that has a smaller carbon footprint in part because it is made of up to 30 per cent plant-based material.

In Canada, Coke is working with the WWF to protect and repair sensitive water systems, such as the Skeena Watershed in northern British Columbia. The company currently has water strategies in 86 countries, including India, where its efforts include widespread rain collection: an innovative move, but not a solution. Which is one reason executives admit they don't yet know the pathway to their goals.

But a tour through the Brampton plant shows a company that's reshaping its business practices with concerns for sustainability at the core. Down on the factory floor, a chart tracks the progress made over the last 12 months in recycling the materials (plastic, cardboard, aluminum, wood, metal) that come into the plant, how much ends up in landfill, and the factory's water usage ratio (that is, how many litres of water it takes to make a litre of product). Recycling now regularly flirts with the 99-per-cent mark; its water ratio continues to fall.

Despite the fact that Coke is only (at least by its own estimation) really just beginning to market its sustainability initiatives, the company says its key measures are improving, most notably with a "double digit" increase among its key youth demographic in what it calls "brand trust." 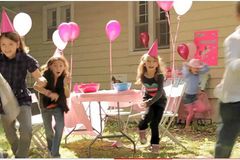