Binge-watching is transforming the way we watch and talk about TV; the phenomenon of devouring an entire season of a show in just just a few sittings is on the rise. One of the services that has been most instrumental in that change, Netflix Inc., has crunched the numbers on how we watch television right now. Here are some findings from a survey the company commissioned from research firm Harris Interactive:

Proportion of those regular streaming viewers who report binge-watching regularly

"The greatest joy in our business comes not from a gold medal or a place in the industry hall of fame – it comes from doing the work and from doing it with people of integrity and ambition and good humour."

– Mike Hughes, president of Richmond, Va.-based ad firm The Martin Agency and member of the One Club Creative Hall of Fame, writing his own obituary. Mr. Hughes passed away after a battle with lung cancer on Dec. 15, and left behind the "autobiographical obituary" as the final post on his blog.

Forget the young actors with runway looks and the visual puns such as rocket launches and fireworks: To advertise its personal lubricant to baby boomers, K-Y is getting real.

The brand has released a series of hilarious new ads that show women captivated by watching their middle-aged husbands making a small effort; whether with personal grooming, yard work, or fitful attempts at exercise.

Each of the activities takes place against a scintillating slow-jam soundtrack, followed by the slogan, "warm up to love again."

According to the agency behind the ads, DDB Canada, consumer research showed couples often find it difficult or embarrassing to discuss products such as this.

Tim Boughtflower, the group brand director at Johnson & Johnson Inc., which makes K-Y, said in a statement that the "light-hearted approach" was meant "to pique a woman's curiosity" and make women consider the product.

The ads are currently running online and will be on television starting in the new year.

That's just one of the double-standards facing women in the workplace that is being explored in a new commercial. The spot from Pantene Philippines was released last month, but is now gaining worldwide attention online, in part because. Partly, that's because of the kind of promotion that marketing money can't buy: Over the weekend Sheryl Sandberg, chief operating officer at Facebook Inc. and author of the book Lean In – which has dominated the conversation about women in the workplace this year – posted the ad on her Facebook page.

"This is one of the most powerful videos I have ever seen illustrating how when women and men do the same things, they are seen in completely different ways," she wrote. "Really worth watching." It has since been shared by her followers more than 2,000 times – reaching thousands more through those people's social networks. This week, the ad had more than seven million views on YouTube.

The ad for the Procter & Gamble-owned beauty brand, made by agency BBDO, features women and men going through their days, with adjectives labelling how their behaviour is perceived.

A woman working late is "selfish," for example, while a man doing the same is "dedicated."

Pantene would appear to be borrowing a page here from Dove's playbook. That brand, owned by Unilever, has for years used messages about female strength and empowerment, through its "campaign for real beauty," as a sales tactic for its beauty products. 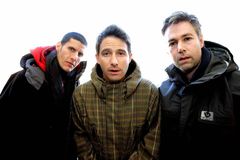 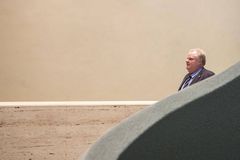 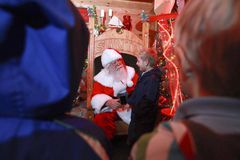