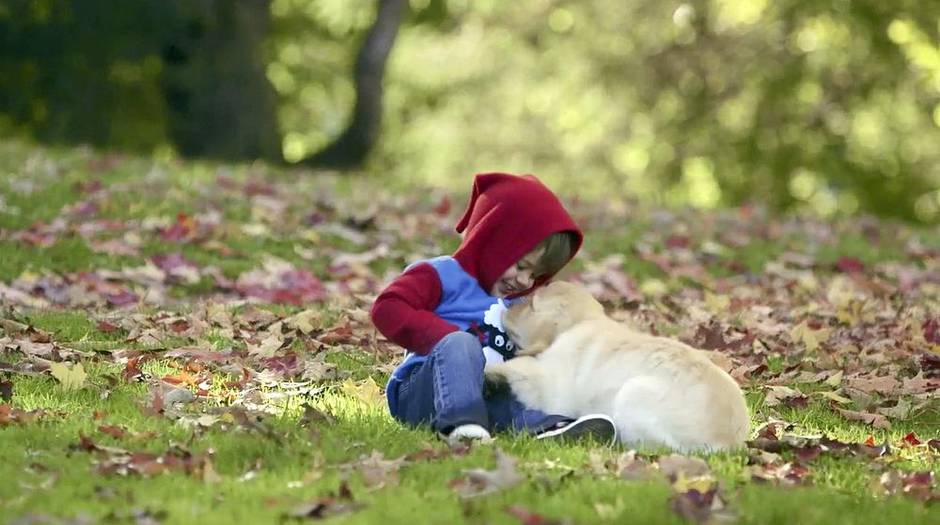 Autumn sunlight spills through the window. Actors playing an idyllic family relax on a white couch. The cameras are in place, and a crew member calls for silence.

Animal handler Vi Hessing approaches with a golden retriever puppy, seemingly engineered for cuteness with silken fur and unwieldy paws. Everything is in place for the shoot: a scene in a fake commercial.

Launching on Friday, the campaign promotes a new service called “PuppySwap,” which offers to swap out your adult dog for a more appealing puppy. The ad shows how easy it is to use the mobile app to request a new pet once the old one has lost that infant appeal.

Sound horrifying? That’s what the Toronto Humane Society is hoping.

The organization wants to spread the message that a pet is a lifetime commitment. The conclusion of the ad states, “PuppySwap isn’t real. Unfortunately pet abandonment is.” (View a photo gallery of the commercial shoot)

Prank advertising – fooling people in order to make a message stand out – is a trend that gained prominence a couple of years ago. It has been panned as a cheap and sometimes mean-spirited gimmick in the service of selling products such as deodorant, high-definition TVs and pop.

But charitable organizations are finding that when a hoax or a prank is used to spread an important message, people are more tolerant of the strategy. And it can make a difference for a frequently ignored issue.

In April, Britain-based The Pilion Trust charity released a video showing a man wearing a placard that read “F– the poor.” Angry people stopped to argue with him about the need to help the homeless. The group then sent the same man out with a placard saying, “Help the poor,” and recorded crowds of people ignoring him.

Recently, the Montreal Society for the Protection of Animals (SPCA) and Association for the Protection of Fur-Bearing Animals launched online ads created by agency Republik, with beautiful models promoting a fake website called FurDiscounts.com. When people visited the website, they were taken to the anti-fur website MakeFurHistory.com.

In September, Plan Norway launched a blog featuring a 12-year-old Norwegian girl named Thea posting pictures and writing about her plans for an arranged marriage with a 37-year-old man.

Within a few hours, the organization revealed that it was behind the “Norway’s first child bride” campaign. It continued for weeks, with posts about the wedding preparations. They even staged a ceremony. (Thea didn’t go through with it.)

“We did not want to go out and lie or try to fool anyone,” said Anna Birgitte Kleven, marketing consultant for Plan Norway. “We wanted to do something different, that would make people stop and think … in a different way than if you were just thinking about girls abroad. This is happening to 39,000 girls every day.”

The organizers were expecting more debate about the controversial story, but the response was largely positive. When people did object in comments on social media, others stepped up to defend Plan’s message without the organization’s involvement.

The story hit home, and it was picked up around the world. Even though they knew the ceremony was fake, protesters showed up; the crowd quickly filled the church. While the fall is often a slow time for recruiting people to sponsor a child in another country, Plan Norway’s sponsors doubled compared with the same period a year before, on a smaller budget.

“This trend of getting people upset – or having an impact by going at the negative – is pretty powerful,” said Randy Stein, partner and creative director at ad agency Grip Limited, which came up with the new PuppySwap campaign.

More than 180,000 animals are taken into shelters across Canada each year, according to a 2012 report from the Canadian Federation of Humane Societies. Of those, roughly 60 per cent find homes. 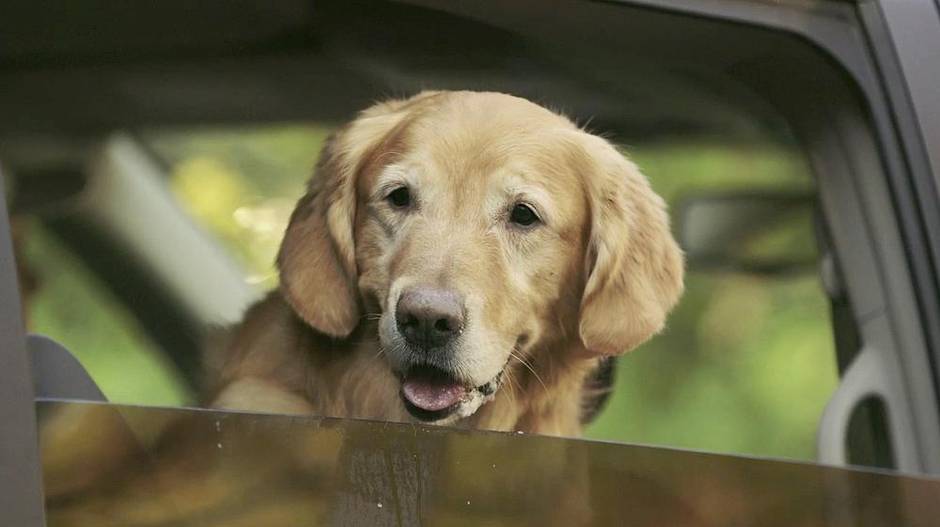 Grip approached the Humane Society to suggest the idea. While the meeting did not go entirely smoothly (a boardroom was unavailable because it was full of kittens) the organizers immediately latched on to the idea.

“We thought ‘PuppySwap’ had an impact,” said Makyla Deleo, manager of media relations and event logistics at the Toronto Humane Society.

On the set in Mississauga, the adult golden retriever takes time between takes to frolic in the leaves and approach a stranger for some pats. In the video, his sweet face makes for a moment of pathos as he is carted away in a PuppySwap van.

“When people have an emotional reaction to the message, it makes them think. … Sometimes a stunt can do that,” Ms. Deleo said. “When you’re selling a product, people can feel cheated. They think there’s a marketing conglomerate behind it, and they’re annoyed by that. When it’s for a good cause, I think they have a different taste in their mouth at the end of it. … We just want awareness of the issue. Less animals in shelters, is the goal.”