As the Olympics kick off on Friday, Brooks Running Co. has a message for the athletes that it sponsors: "Best of luck, you know who you are, as you prepare to compete you know where."

The message, posted on Instagram and Twitter on Thursday, included an asterisk identifying it as a "generic worldwide quadrennial sporting event advertisement."

It was just one salvo in a larger assault Brooks has mounted on the International Olympic Committee's limitations on advertising from companies that are not official Olympic sponsors – even if they sponsor individual athletes.

The opening ceremony at the Rio Olympics: what to expect

In early June, Brooks launched a website, Rule40.com, and associated social-media accounts to push its message. It even launched an online store (shipping to the United States only, so far) selling shirts featuring a generic yellow square labelled "running shirt" and "#rule40 violation-free sportswear."

The campaign was kept separate from the Brooks brand until last week, when the Wall Street Journal discovered the brand link.

In some ways, it's an odd year to be launching such a protest: Rule 40 of the Olympic Charter is nothing new, and in fact the Rio Games are the first to operate under new exemptions. These allow companies who are not sponsors of the IOC or associated national federations such as the Canadian Olympic Committee, to apply for a waiver to continue to promote their connections to individual athletes they sponsor. In the past, they have been prevented from doing so during a blackout period that begins nine days before the opening ceremonies.

One company that applied for a waiver is Under Armour. Under the exception, it is airing a commercial showing swimmer Michael Phelps training for competition. Virgin Media launched an ad last month featuring sprinter Usain Bolt, with the slogan, "Are you ready to be moved?" The ads do not refer to the Games explicitly or use any Olympic imagery such as the rings.

Terminology such as "Rio," "Games," "Olympics," "gold," "medal" and even "effort" are banned for marketers that are not Olympic sponsors.

But other companies have argued that the rules do not go far enough. Asics Canada told The Globe and Mail that the conditions of applying for a waiver far ahead of time, before its marketing materials were ready, was an unrealistic requirement. Brooks also decided not to apply for a waiver.

"The deadlines were earlier than we even knew who our Olympians were going to be. It makes it impossible," Mr. Williams said. "We ended up abandoning the process."

Many Olympians, he added, are unknowns to anyone outside of their sport; when the Games spotlight lands on them every four years, marketers have to explain to audiences who they are to build up excitement and create value for the brand that supports them.

Then again, Allison Stokke is hardly a household name, nor does her sport – pole vault – have much profile outside the Olympics. But that did not stop GoPro from launching an ad in April featuring her story and that of other athletes, while adhering to the rules for non-Olympic sponsors.

Still, many believe the restrictions are too great.

Athletes have used social media to complain about the restrictions they face during the Games. During the 2012 Olympics in London, athletes objecting to Rule 40 used the hashtag #WeDemandChange to spread the word about the issue.

On Thursday, U.S. Olympian Jeff Porter posted a photo of his Nike shoes on Instagram, with the caption, "Now I'm officially ready to head to Rio! Because of #rule40 I can't say much more than that but thanks **** for sending these to me." Just before the blackout period began in late July, U.S. steeplechase athlete Emma Coburn tweeted, "#Rule40 starts tomorrow so I won't be able to say Thank You to my sponsor. THANK YOU FOR EVERYTHING @newbalance".

Olympic officials argue that the rules around advertising protect official sponsors, who pay millions of dollars a year for the right to promote their connection to the Games – investments that go toward financing the Olympic movement, including organizing committees for the Games, international sports federations and national Olympic committees. National sport organizations provide some funding to athletes to help with their training, but many depend on corporate sponsorships to be able to finance full-time training, and those can be hard to come by.

Brooks, obviously, has skin in the game. It wants marketing value for the money it pays to sponsor athletes. Mr. Williams argues that athletes should be able to make themselves more marketable to brands like his, by being allowed to engage with their sponsors at the time when the most attention is focused on them.

"These athletes are the stars of the Olympics," he said. "… We wanted to shed a light on the inability of athletes to market themselves." 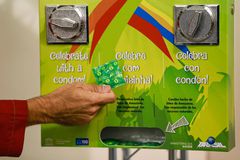 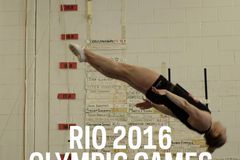