Is Budweiser trying to have its pumpkin ale and make fun of it, too?

The Anheuser-Busch InBev SA-owned brand has received some negative feedback following a commercial it ran during the Super Bowl last Sunday.

The ad, which aired in the United States, attempted to strike back against the growing popularity of microbreweries by calling Budweiser "proudly a macro beer." Images of mustachioed hipsters were contrasted with pretty waitresses, crowded bars and frosty bottles. Meanwhile text on the screen mocked beers that are made for "dissecting" and to be "fussed over."

"Let them sip their pumpkin peach ale," the ad's text reads. "We'll be brewing us some golden suds."

The message received some backlash on beer forums and social media sites online. It is an odd time for Budweiser to present itself as the beer of salt-of-the-earth folk with disdain for craft brews that are particularly popular among younger drinkers – particularly because its parent company has been buying up craft breweries in an attempt to appeal to those drinkers.

Only 10 days before the big game, in fact, InBev announced that it is buying Seattle-based Elysian Brewing Co., which makes three pumpkin ales. In recent years, the company also acquired craft breweries 10 Barrel, Goose Island (which makes a peach ale) and Blue Point (which brews a pumpkin ale).

The tension of Budweiser's conflicting marketing messages highlights a bigger problem: Young consumers are moving away from the big brewers' flagship suds.

Craft beer is the exception, growing to an estimated 6-per-cent market share. And it's encouraging more competition: the number of licensed breweries in Canada increased by 50 per cent last year.

That has led big breweries to try to get in on the action. Molson Coors Canada bought Granville Island Brewing Co. in 2009. Existing big beers have tried to warm up to craft drinkers, as well: In 2013, Labatt Brewing Co. Ltd. brand Alexander Keith's launched its Hop Series. The beers' marketing emphasizes the origin of their hops and their tasting notes.

Considering InBev's acquisition strategy, it's difficult for a brand such as Budweiser to mock a segment of consumers while sibling brands ask for their money, said Scot Keith, co-founder of Vancouver ad agency 123w that counts Muskoka Brewery among its clients.

"That's a classic example of the left hand not talking to the right hand," he said. "That bothers people, when you've been the big guy for so long, and there are some local players and you're taking shots at them. … It seems desperate."

It also opened up the brand to criticism from competitors. MillerCoors took to social media to release a statement saying "all beers should be fussed over," and touting its "artfully crafted" brews. Ninkasi Brewing Co., a small brewer based in Eugene, Ore., released a parody of Budweiser's ad on YouTube. Ninkasi, whose beer is sold in nine states as well as B.C. and Alberta, used the opportunity to celebrate its consumers as discerning drinkers.

"It ties into the culture that you're seeing grow around quality of life, quality and sourcing of food, understanding where your products are coming from," said co-founder and CEO Nikos Ridge. That trend is particularly strong among younger consumers. Those are also the people most tapped in to a wealth of information and connectedness on social media, who will pick apart marketing messages that don't ring true, he said.

"The hope is that authenticity continues to grow as a factor that people care about," Mr. Ridge said.

A representative for A-B InBev declined requests for an interview. In an e-mailed statement, Brian Perkins, vice-president with Budweiser in the United States, said the "overwhelming majority" of the reaction to the commercial has been positive.

"The prevailing discourse in beer is that small must be good, and big must be bad. We don't accept that," the statement said. "Lager is one of the most difficult styles to brew well, and we have the highest standards of care to get it right. We are owning who we are without apology." 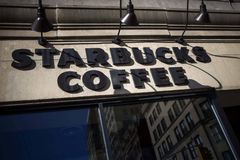 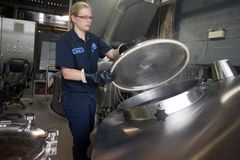 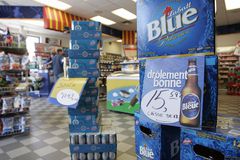 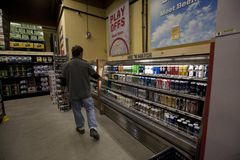 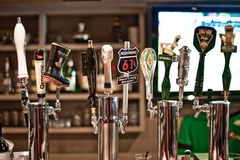