"Please turn off your ad blocker in order to continue."

That message greeted people who visited Forbes.com starting last month if they were using one of the increasingly popular ad blockers that strip advertising out of web pages. Last Thursday, the publication provided an update on this experiment, saying that it delivered 29 million "impressions" (or single views of an ad) that would otherwise have been blocked since Dec. 17.

The use of ad blockers is "a building dilemma that threatens the industry's digital revenues," wrote Lewis Dvorkin, chief product officer at Forbes Media.

More than 200 million people around the world now use ad blockers, up from just under 54 million in 2013, according to a study last year from Pagefair and Adobe.

That's a problem, both for advertisers that are paying good money to try to reach people, and for media companies that rely on an ever-shrinking pool of advertising revenue. For those media outlets, ad blocking is one of the digital shifts that threaten their very survival.

But some argue that the industry has done this to itself.

"We haven't done our jobs and given people what they actually want to see," said Arleth Slater, 26, who runs a marketing company in Toronto and also uses Adblock Plus. "We need to go back to paying attention to the consumer."

We asked a number of people who use blockers for their input on why they do so, and what it would take to convince them to stop.

"You appreciate the words a lot more without ads, without that periphery," said Simon Burns, a 21-year-old Canadian entrepreneur living in San Francisco, who uses Adblock Plus on his computer and the Firefox Focus blocker on his mobile phone.

Ads online were mildly annoying for Casey Wolf, but she was able to mostly tune them out; it was when online ads began including animation or full videos that played that she was drawn to ad blockers.

"It's not just irritating; it kind of made me anxious to have that draw on my attention all the time," said the 58-year-old retiree, who lives in Vancouver. Like most blockers, the Adguard filter she uses lets some ads through. But there are far fewer. The Adguard tracker claims it has blocked more than 2,400 ads since she began using it in November.

Users complain that they were annoyed by ads that were not relevant to them at all.

"I would be totally down if the ads were intelligent, and for products I wanted," Mr. Burns said.

Fabio Neves, a 39-year old web developer in Toronto, was also turned off by seeing ads that were not applicable to him or to the content he was seeing. He is a fan of a blog called Create Digital Music and is happy to see those ads because they focus on products that apply to the hobby he is reading about there.

Ms. Slater says the look of ads never bothered her much; she would just tune them out. But about two years ago, as her Web experience became slower and more bogged down with ads that gobble up data, she was convinced to begin blocking. "It wasn't until ads started impacting my Web experience," she said. "The richness of the media is too heavy right now. Once you see how fast it is [with a blocker on] you don't go back."

Yosef Kanner, a 26-year-old graphic designer from New York, agrees. He was tired of seeing ads slow down his computer and gobble up processing power. On his phone, since he began using a blocker, he has noticed he uses less data – which can make a financial difference for those prone to going over their mobile data limit.

"The most annoying thing is that it slows down people's online experience," said Maryne Lahaye, a 23-year-old illustrator and YouTube contributor from France, who now lives in Toronto. She has used Adblock Plus for about four years. "I use it because of some ads filled with viruses and because of those ads that pop up in a loop without stopping, shutting down my computer or making access to a website impossible. … It's up to people not to promote spam."

"The whole reason I use ad blockers is security," said James Donaldson, a 32-year-old IT consultant in Toronto. He uses uBlock and NoScript on his computer and AdAway on his phone. "People can insert javascripts into ads, and if your browser has a vulnerability … you can become part of a botnet. It's impossible to track down … and the people who actually display ads on sites, they don't do proper filtering."

Security is Mr. Neves' main concern as well. He is wary of websites that use third-party ad providers that hold auctions for their ad space, which can open the door to low-quality ads and malware. He now uses uBlock Origin, but has been using blockers since the mid-2000s.

Ms. Wolf turns off her WiFi router when she is not using the Internet out of concerns about malware or other security breaches. She also is wary of advertisers tracking her behaviour online.

So is Mr. Kanner, who uses Ghostery on his computer because it focuses on trackers. He said the industry's "AdChoices" program to give consumers control over advertisers tracking them is insufficient.

"I prefer to use the blocker because AdChoices will only cover AdChoices ads. If there's another tracker, I have to opt out of that one separately. I'd have to track the trackers," he said.

So can users be convinced to turn off their ad blockers for some or all of the sites they enjoy?

Mr. Burns said he'd rather pay for content he likes than go back to seeing ads. He already subscribes to the Economist, donates to podcasts such as 99 per cent Invisible and makes donations through platforms such as Patreon to YouTube creators and others who make content he values. He would be very open to micro-payments of roughly 10 cents per article from top-notch publications, he added. For more casual distractions where payments may not make business sense, he is willing to see ads, but he prefers what's known as "native advertising," articles sponsored by an advertiser that provide information or entertainment.

For the most part, the people who block ads are not ignorant of the fact that advertisers contribute to the economy or that websites rely on ad revenue.

"I'm not against ads. I'm against the way they do it," said Madeleine Delisle, an Adblock user in Montreal. "I don't mind if you tell me something about a product, but don't push me."

"I will shut it down if it's a website I trust and know it won't damage my computer. It can be annoying at times, but I understand the need for ads ... I get it, I really do," Ms. Lahaye said. She said for her to stop using an ad blocker entirely, ad security would have to be greatly improved.

"I only keep the ad blocker on for sites that are really, really, ridiculously annoying," Mr. Neves said. "No pop-ups. Nothing that gets in the way of the content. That's stupid. It's horrible. It's annoying. Don't do it. Nobody likes them."

It's good advice for websites trying to convince their readers to open their screens to ads once again.

If you do not use an ad blocker while you read about Forbes' update on its experiment to repel ad blockers, you are likely to see, as I did, multiple video ads that play automatically on the side of the screen. The movement may distract you from the text you're trying to read, and you may notice that the page reloads continuously or slows down the browser. It's enough to make you want to clear out all that clutter – and makes the argument about the necessity of those ad revenues just a little less convincing.

Five quick wins for your digital marketing strategy in 2016
January 7, 2016 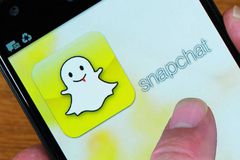 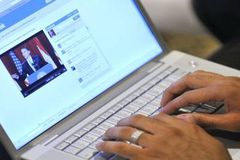