Each year, Doritos spends great wads of cash on advertising airtime during the Super Bowl – but does not use an agency to make its ads. In a bid for more attention to its campaign, the Pepsico-owned brand runs a "crash the Super Bowl" contest inviting people to make its ad. This year, it opened up the contest beyond U.S. borders, and three Canadian ads have made the list of two-dozen semifinalists from around the world.

But the Canadian offerings share an annoying theme: humour (such as it is) at the expense of women. In "Chips Before Chicks," a man jumps out of a helicopter to join a party on a speedboat filled with busty babes, only to shove them aside to get at the real prize: a bag of chips. The tamest example is "Most Generous Man," in which two guys compete for magnanimity by giving away the most Doritos; the winner transfers his last chip mouth-to-mouth with an unwitting old woman while his foe is astounded by the sacrifice. The third semi-finalist shows a fisherman scattering Doritos in the water as bait, only to have a beautiful mermaid surface with a come-hither stare. He kills her and mounts her on his wall.

Twitter is hoping to sell more advertising by targeting ads to people based not just on their Twitter activity, but on their online behaviour outside the social media hub.

On Thursday, Twitter announced a wider launch of "tailored audiences," which it began testing in July. It allows advertisers to share information about people's browsing with Twitter to allow the service to deliver ads based on those people's interests. For example, an airline that sees someone visit its website looking for flights to Jamaica could share that with Twitter, adding that person to a delivery list for ads for flight deals to Jamaica. That can work by sharing a "cookie ID" that identifies the computer, and can match up with the cookies of a Twitter account.

Twitter says that some brands who used this technology during the testing phase saw better consumer engagement, and improvements in converting website visits into sales. Users can opt out of receiving these tailored ads by unchecking the "promoted content" box in their privacy settings. People who have do-not-track settings in their browsers will also not be targeted, the service says.

What is the greatest advertising sin in Canada? Lying. That's the message in the latest consumer research commissioned by the ad industry's self-regulatory body, Advertising Standards Canada.

Here are some of the other findings:

– 79 per cent: They understand and accept the relationship between watching ads and how those advertisers pay for content people want to watch.

– 92 per cent: They would probably stop buying something from a company that used misleading or offensive ads.

– 61 per cent: They have stopped giving a company money because its ads were unacceptable.

– 85 per cent: The following things are unacceptable: "promoting 'free' products or services that are subject to fees; not including all costs in the advertised price; using image-altering software to highlight the results that can be achieved from product use; and inaccurately depicting what a product is or can do."

– 41 per cent: misleading or false advertising

– Majority: "Agree that advertising is helpful in their decision making as consumers."

– Majority find the following unacceptable: "themes of violence, ageism, sexism and racism; demeaning portrayals of persons with disabilities; poor treatment of animals; disrespect for the environment; and depictions of bullying"

– Gender divide: Men are less likely than women to be offended by nudity, sexuality, and unrealistic body images in ads. 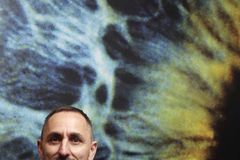 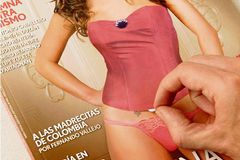