In 2009, the producers of the TV hit Mad Men had a problem: Don Draper was drinking too much.

The enigmatic ad man was so devoted to his drink of choice – Canadian Club, neat – that the label on his vintage bottle of the whisky was looking worn. So the producers called Beam Inc. , the distiller that has owned Canadian Club since 2006.

"We mocked up a case of ['60s-style bottles]and sent them along," said Tish Harcus, curator of the brand's archives in Canada. "When you're watching Mad Men, all the bottles you see are straight from Walkerville, Ont."

The company was more than happy to help. Every shot in which the brand appears on the water-cooler AMC hit lends Canadian Club a bit of pop culture cachet, and it is now benefiting from its fifth season of exposure.

Two of the most talked-about cable shows on the air – the other is HBO's Prohibition drama Boardwalk Empire – are set during the two high points of Canadian Club's popularity.

All of this free product placement has been an unexpected boon for Beam, which has responded by shifting its marketing strategy to connect the brand's past with its future. The distiller has declared that Canadian Club is a major priority product for 2012, and has boosted its advertising budgets for the brand.

"It has made a huge impact on the brand," Ms. Harcus said of the liquor's TV stardom, which has given an air of excitement to a segment of the liquor industry that hadn't had much lift in recent years.

Sales were largely flat across the board for a number of years. "The category has been stagnant," said Cheryl Hudson, brand manager for Canadian Club in Canada.

After years where few new versions of the bottles hit the shelves, Beam is launching a new brand of whisky directly tied to its Prohibition-era heritage. It is called Dock 57, a name taken from the shipping dock in Walkerville (now part of Windsor) where bootlegged bottles would leave for their trip to the U.S. during the Prohibition years.

During that time, every Canadian dock from British Columbia to the East Coast had a number. Beam Global's in-house designers spent a day and a half in the Canadian Club heritage centre in Windsor, and noticed an old wooden shipping crate stamped with the number 57. That bit of 1920s Canadian Club history gave the new whisky its name and its label, which is designed to look like the side of a wooden crate from the era.

In the past year, Canadian Club has seen a boost in sales: its Classic brand is up nearly 8 per cent compared with last year; sales of its Reserve increased 23.2 per cent, and the Sherry Cask has more than doubled its sales.

Beam does not attribute all the sales growth to the TV exposure, but the company believes it has reinvigorated popular perceptions of the product. "People are talking about it again, and it's visible to young consumers," Ms. Hudson said.

Other producers are noticing the expansion in the category, as well, and following suit: in the past 18 months, eight new Canadian whisky products have been launched in the national Canadian market, including Crown Royal Black and a clear whisky called White Owl. The new brands account for 41,900 more nine-litre cases of Canadian whisky in the market than were shipped a year ago.

They're not alone: Fashion brands have been rushing to cash in on the renewal of '60s cool that Mad Men has inspired, including a line of Estée Lauder makeup and a Banana Republic clothing collection.

While Canadian Club has not partnered directly with Mad Men, it has capitalized on its popularity in the Sterling Cooper offices. In 2007, the year the AMC hit debuted, the brand launched a print ad campaign titled " Damn right your dad drank it," using photos of dapper types in skinny ties wooing beautiful women and swilling the whisky.

"Brands get boring," noted Robert Kozinets, chair of the marketing department at the Schulich School of Business at York University. "What marketing is always looking for is symbolic, emotional appeals, that hit you in the gut"

The 1920s, given life in the popular Boardwalk Empire, is another era that offers a nostalgic, emotional connection to consumers. To celebrate the show's second season, Beam partnered with HBO in the U.S. on a dual marketing push for the return of the series – and for Canadian Club, the liquor at the heart of its gangsters' machinations.

Looser tie-ins popped up in restaurants and bars across Canada, which held their own speakeasy events. Many tapped into promotional materials, such as cards on tables provided by Canadian Club and listing old-fashioned drink recipes. "We had Nucky drinks," Ms. Hudson said, referring to the name of Boardwalk's main character, played by Steve Buscemi.

The rise of mixology in bars has seen a resurgence in retro mixed drinks such as the Manhattan and the Old Fashioned. "It's rebranding the 'cool' on to these drinks … and reinforces the fact that this brand is a legacy brand. It had meaning then, and it should have meaning now," Prof. Kozinets said.

This pop-culture exposure is crucial for two demographics Canadian Club is trying to reach: younger drinkers, and women. For years, whisky was seen as a tired product more suited to older men, but the popularity of the TV shows means the very age of the drink is what makes it hip.

"People are looking for authenticity, not just in whisky, but in products overall," Ms. Hudson said. "These historical periods – we were the brand that was there." 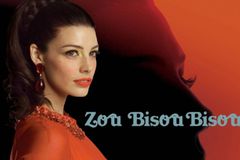 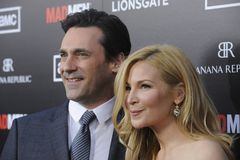 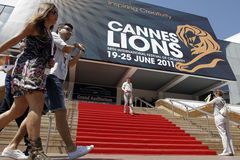 India's wineries seek to change the taste of millions
December 26, 2011 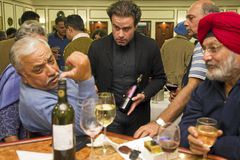