A four-year deal will see adidas Group Canada become the Canadian Olympic Committee's official high-performance apparel and footwear supplier, the organization announced Tuesday. At the same time, Canadian Tire announced its own deal with adidas to be the only retailer, aside from adidas itself, selling the new line of Olympic-branded athletic shoes and training gear through its chain of stores, including Sport Chek, Sports Experts and the flagship brand. The two companies will also sponsor a group of Canadian athletes in a combined multimillion-dollar marketing venture.

Hudson's Bay will continue to sell Team Canada products such as Olympic mittens, hoodies and scarves – and will continue to supply the clothing athletes wear during opening and closing ceremonies, in the Olympic village and on the podium (except for the adidas shoes). But it will now share the field with Sport Chek, Sports Experts and Canadian Tire stores when it comes to selling athletic wear such as shoes, jackets, fleeces, long- and short-sleeved t-shirts, hair bands, and other items branded with the COC rings.

It is the first time the COC has ever had two apparel partners.

Sport Chek stores will carry more than 70 items in the new clothing line starting on Nov. 7 this year, and a smaller selection of six to eight core items will also be sold in the flagship Canadian Tire stores across the country and Sports Experts stores in Quebec, starting Nov. 30.

"Every athlete of every level in the country who wants to train, whether you're in Grade 11 at basketball practice or on a university team, or if you're a 40-year-old runner, this is the stuff that Canadian athletes are going to be training and working out in, day in, day out," Duncan Fulton, head of communications for Canadian Tire and chief marketing officer for Sport Chek parent company FGL Sports, said in an interview. "I think this line will be the single most popular Christmas gift this year."

The deal follows on Canadian Tire's announcement in January of an eight-year partnership with the COC to become the official national sports retail partner.

As part of the agreement with adidas, Sport Chek will be responsible for marketing the new line (the two companies share an advertising agency, Montreal-based Sid Lee). In order to do so, they separately signed sponsorship deals with seven Canadian athletes, who will be the faces of the campaign, called What it Takes, which will launch in the fall. They are ski cross athlete Chris Del Bosco, alpine skier Erik Guay, short-track speed skating medalist Charles Hamelin, bobsleigh gold medalist Kaillie Humphries, skeleton gold medalist Jon Montgomery, snowboard cross gold medalist Maëlle Ricker, and gold medal-winning hockey player Meaghan Mikkelson. Some of these athletes have already appeared in ads for Sport Chek this year.

The deal represents a new source of sponsorship revenue for the COC. It also reflects a broader evolution long under way in the sports marketing and sponsorship world: Where athletic organizations in the past would partner with a single car maker or fast-food chain, for example, increasingly these sponsorships are being divvied up to allow for more niche-focused deals.

"It's happening in every category of sponsorship," said Brian Cooper, chief executive officer of S&E Sponsorship Group, a sports marketing consultancy that counts Sport Chek among its clients. "The financial institution category – you can break it down to a discount brokerage, retail banking, wealth management. … Everyone's looking for new dollars. Instead of doing it by general audience, they're now segmenting it by targeted product."

"Everyone agreed that one was the outfitter and one was high-performance apparel," he said.

Adidas has similar Olympics deals in 11 countries around the world, and was a highly visible brand during last summer's Olympic Games in London, thanks to a £100-million ($161.7-million) investment to be the exclusive sportswear partner of the event. Its Montreal agency Sid Lee was behind the high-profile Take the Stage campaign, which was part of the Olympics marketing machine that adidas AG credited last August for helping to boost its third-quarter sales amid an otherwise weak period for sportswear. Sales of its Olympics-licensed products recouped the German company's initial investment by the time those Games had finished.

"Team GB [Great Britain] gave us amazing visibility," adidas Group Canada president Jim Gabel said in an interview. The company is making more than a $100-million investment in building infrastructure in Canada over the next three years, including a new distribution centre in Ontario and mini-shops within Sport Chek stores where the new collection will be sold in a dedicated space. The brand has been gaining market share in Canada in recent years, he said, and believes there are further opportunities to grow here.

HBC's current deal to supply opening and closing ceremony uniforms, podium outfits, and casual wear for athletes extends through 2020, and its line of clothing for the Winter Games in Sochi, Russia, will launch on Oct. 30. The company did not respond to questions about whether it regards this deal as a dilution of the value of the marketing partnership that previously was exclusive to HBC.

The high-performance line will be worn by COC athletes in training. The apparel supplier for uniforms worn on the field of play varies by sport, according to the COC – in hockey, for example, Team Canada is supplied by Nike.

Canadian Tire's Mr. Fulton said in an interview that he did not believe carving out a separate apparel deal would weaken the value of the COC's sponsorships.

"Some organizations do a horrible job of handing out too many categories against too many partnerships, and they dilute the value that you're investing," he said. "The COC has done a terrific job of carving out really clear categories and selling them to one group, and completely protecting your rights in that category."

The deal also specified that both Sport Chek and adidas continue their marketing around those athletes year-round, as well as during the Games, according to the COC.

"My personal sponsors, they stick around. But corporate sponsors, they typically sign on for the games and then disappear [after]," Erik Guay said in an interview. "This is different."

"Here we are with absolutely the best brands in sports, with Sport Chek and adidas," Mr. Aubut said. "...We don't want any more, hearing about the athletes just for two weeks ... we want to be sure they have complete visibility, every day of the year. Those partners make that difference."

With a report from reporter Marina Strauss 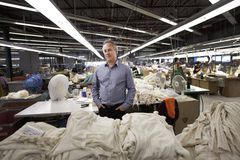 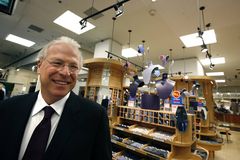 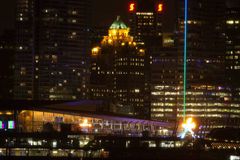