That is, the outrage of pet owners shown in the company's advertising, who don't like some of the ingredients in big-name pet foods. But now, those big companies are starting to strike back.

Recently, Hill's Pet Nutrition Inc. has also gone after Blue Buffalo in complaints to the National Advertising Division of the Council of Better Business Bureaus. In March, the NAD determined that Blue Buffalo should avoid ads with "references to competing manufacturers 'fooling' or otherwise misleading customers" because of a lack of evidence that by-products are less nutritious. It also recommended the company change claims about competitors – such as the suggestion that other foods "never" have meat as the first ingredient (citing, for example, 17 out of 34 Iams products that do).

These fights illuminate the change in pet product marketing in recent years. Whereas in the past our pets were beloved, now they are full-fledged members of the family. People refer to themselves as "pet parents." And companies that advertise to animal owners are, increasingly, releasing more premium products and advertising pet products in a way that is much closer to how products for the rest of the human family are advertised.

When it comes to food, that means touting "antioxidant ingredients" – a trendy nutritional selling point for human foods too. And just like in overall food advertising, there has been an increasing focus on food for pets that is "natural."

Blue Buffalo issued a response to the lawsuit in a letter on its website addressed to "pet parents." It vowed to fight Purina's claims, which it characterized as "voodoo science."

Blue Buffalo wrote that Purina's "inability to compete successfully with natural pet foods is the key motivation for this frivolous lawsuit."

Neither Blue Buffalo nor Purina would comment for this story.

There is very real potential in marketing to pet owners. Canadians have increased their spending on products and services for their pets by about 4 per cent per year in recent years, according to a recent report from pet market research firm Packaged Facts. And this market is increasingly valuable to companies, since even in times of recession, pet owners do not tend to scrimp on purchases for their furry friends.

The report forecast that pet product spending will grow by about $1.7-billion, to about $8.3-billion, in the next four years.

"Fuelling this trend is a steady stream of super-premium products and services, with natural and organic products especially important ... [as well as] expensive high-tech medical therapies, new prescription pet medications, and luxury services," the report stated.

The report also stated that humanization – pet products mimicking the types of products humans buy for themselves – is a growing trend in marketing to pet owners.

"You can watch, whatever's popular in human culinary trends, you'll see them become popular in pet trends," said Kristen Levine, founder and president of Fetching Communications, a Tampa, Fla.-based consultancy focused on pet marketing. "Grain-free and gluten-free is a great example. A few years ago, all of a sudden sweet potatoes began popping up in pet food. Now, we'll be seeing more beans and legumes."

Pet food packaging design has also become more elaborate and visually appealing, she noted. Bags of food from brands such as Merrick frequently feature pictures of ingredients that look good enough for humans to eat. In 2012, Merrick hosted a marketing event in New York City called "Doggupy" (a play on Occupy Wall Street). It protested "inferior kibble" and called for pet food that is "worthy of a fork."

This trend goes beyond food.

Last year for example, Orabrush, a line of tongue cleaners that purport to cure bad breath, launched a brand extension called Orapup. Thanks to a bacon-flavoured syrup, dogs are enticed to lick the brush themselves, and owners aren't bowled over by the olfactory assault of canine kisses. It sold more than $800,000 worth of product in its first three days on the market.

The makers of Milk-Bone launched a new product about four weeks ago with a "unique shape" to clean dogs' teeth. The packaging is designed to look like a toothpaste box. The advertising shows humans brushing their teeth alongside their dogs, who are also engaging in what the company hopes will become a daily ritual.

"We are drawing those parallels between the human habit of oral health," said Niloufer Afzal, marketing team lead for DLM Foods Canada, which makes Milk-Bone and Meow Mix. "...We're trying to create that humanization, which is one of the most prevalent trends in the category."

While DLM Foods makes mid-level pet brands, the company is designing more premium products to reflect the change in the market. Grocery store shelves used to be the domain of mass brands with premium brands sold exclusively in specialty stores such as PetSmart. Now the line is blurring, Ms. Afzal said.

Companies have even started to create advertising that speaks directly to pets: In Europe, Purina's Beneful brand laid a dog whistle noise into its television ad to get Fido's attention. Friskies created games for the iPad that would appeal to cats (such as what appeared to be a fish swimming in a virtual pond).

Wearable technology such as smart watches and exercise monitors are all the rage for humans, and so that means naturally, devices such as FitBark and Tagg have popped up. They allow owners to track their pets' activity during the day, monitor their health closely, and in some cases locate them if they get lost. The more pet owners are open to these types of products, the bigger the potential profits for companies.

"The whole thing goes back to the idea that we believe pets are part of the family," Fetching Communications' Ms. Levine said. "We love them like family and we want to make sure that their lifestyle is as good, even, as that of our children. " 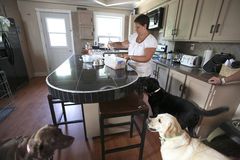 Study finds 'entrenched' racial bias in Canadian TV ads
May 6, 2014
Why advertisers are diversifying their model families
May 1, 2014 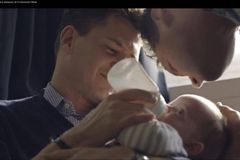 For luxury brands, rude customer service can pay off
May 2, 2014 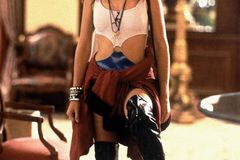 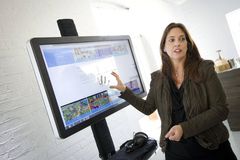