For a country already obsessed with talking about the weather, nothing gets our attention quite like the news that it is too cold for polar bears.

At the Lincoln Park Zoo in Chicago this week, the resident polar bear was taken to a climate-controlled indoor enclosure when the temperature dipped to its lowest extremes. Anecdotes such as this got people talking, and in a social media age, that means a big opportunity for advertisers.

Last year, the team behind the Oreo cookie brand was lauded in marketing circles simply for having a quick, clever response on Twitter to the news that a blackout had disrupted the Super Bowl – an (admittedly high-profile) event that lasted for one evening. The "polar vortex" made our lives miserable all week. Advertisers are wising up to the need to be part of high-profile conversations. This week, the weather was a dominant topic.

There are qualifiers to the polar bear story – a zoo dweller has less blubber than her wild counterparts in Canada's Arctic, and even Chicago's bear spent time outdoors this week as the biting cold continued – but it was still a great symbol for our collective misery. Conversing about the deep freeze that descended upon North America is everyone's favourite new pastime. And advertisers are beginning to respond in real time to events such as this and the ice storm that hit Central and Atlantic Canada just before Christmas.

On Dec. 23, Canadian Tire Corp. Ltd. launched a new commercial online promoting its Motomaster automotive battery by testing it in a truck made from ice blocks. (The ad hit television starting with the NHL Winter Classic game on Jan. 1.)

The ad, of course, had already been planned months before. But when the vortex spun Arctic air into southern Canada and parts of the U.S. this week, Canadian Tire saw the opportunity. It began shifting more money into social media advertising – buying more time for the ice truck ad to run in the "preroll" before YouTube videos for example.

"It's actually been one of those moments when a lot of things came together," said Susan O'Brien, vice-president of strategy marketing for Canadian Tire Retail.

Recently, the company has been pushing harder to respond to weather conditions as they happen. Cold weather presents an even greater opportunity. Not only are people more receptive to the message, but the deep freeze also pushes people indoors, where they watch more TV, use more online video, and are more likely to see the ads.

Real-time response does not happen only in the digital space. An executive at one media-buying agency said an insurance client bought newspaper and radio ads just after Christmas in order to respond quickly to the ice storm. It used those media because the ads could be produced quickly and localized to the most affected areas. (The executive asked not to be named since the agency had not asked the client for permission to discuss details of the campaign.)

At Pelmorex Media Inc., the parent company of The Weather Network, the cable channel is using new technology that allows it to run ads specific to local weather conditions, only in specific markets – even though it is a nationwide cable channel. And it has set up its television ad sales so that they can turn on a dime in response to extreme conditions.

For example, Troy-Bilt, which manufactures snow blowers, is now in the second year of a sponsorship of the "Storm Watch" program feature on the channel. Any time a storm hits, the company is automatically triggered as the sponsor of up-to-the-minute information.

Ad sales also tend to jump for The Weather Network's digital properties, such as its website and mobile applications, as well, as more people check in on the conditions. Because digital advertising is bought according to the audience, that means there is more advertising to sell.

"As soon as the storms hit, our audiences go up, of course. So our advertisers are starting to have more and more conversations with us around it," said Paula Presley, senior vice-president of global ad sales at Pelmorex.

Recently, clients in industries such as retail, insurance, consumer packaged goods and quick-service restaurants have all adjusted their advertising spending in response to the weather, she said.

"The technology allows you to act upon information in real time," said Gurman Hundal, co-founder of Media IQ Digital, a London-based agency that opened its first office in Canada in November. The agency focuses on real-time bidding on advertising through digital exchanges that have reshaped the way media is bought and sold in recent years.

The advertisers responding to weather conditions are not always obvious ones such as cold remedies or sunspot travel: Mr. Hundal works with a bank who has responded. Why? When it's cold out, people spend more time indoors, and online. That's good news for products that require more thought before a consumer will buy in.

"In those times, we find they're researching more products that have a higher consideration span, such as chequing accounts or credit cards," he said. "… If we see the temperature drop below a certain point, we'll increase their ad spend. … We've seen it in business insurance as well. The uptick in the last two weeks has been considerable."

Most travel companies do advertise heavily in the winter, but do not change advertising spending based on extreme weather, said Sean Shannon, managing director of Expedia Canada. That's because most travellers book well in advance, based on holiday time such as March Break.

Carolyne Doyon, vice-president of Club Med Canada, agreed: The company spends 20 to 25 per cent of its advertising budget in Canada in January, regardless of the weather. Where it will respond to extreme weather is for unexpected events such as those final surprise snowfalls in early spring. In cases like that, the company has bought digital ads with Pelmorex, showing, for example, a temperature of minus-25 C and an ad with a white sand beach where it is plus 25.

While it does not adjust advertising spending often, Club Med will try to take part in the conversation about the weather on social media. For example, in mid-December when a snowstorm hit Ontario and Quebec, the brand took to its Facebook page with images presenting side-by-side comparisons such as a snowbank in Burlington, Ont. (-12 C that day) and a palm tree-lined beach in Punta Cana (+28 C).

There is some need for caution, however. Media-buying and planning firm Media Experts considered buying some search advertising this week for its clients to take advantage of "polar vortex" becoming a newly recognizable phrase. However, since Google searches turned up headlines referring to the storm "leaving 21 dead," it shied away.

In general, however, advertisers are increasingly seeing the benefit of using their marketing budgets in a more timely manner, and taking part in whatever conversation is captivating people at a given moment.

"This notion of in-the-moment advertising is what many try to accomplish," said Penny Stevens, president at Media Experts, "and the weather is just one of those very in-the-moment triggers." 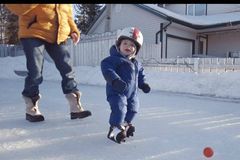 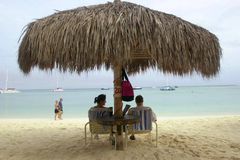 From the cold, a promise of lasting warmth for natural gas
January 8, 2014 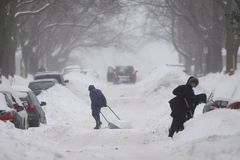 Ten things to do while you’re stuck at the airport
January 7, 2014 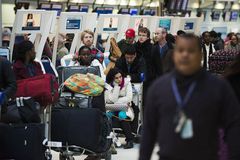 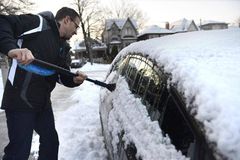