Canada's Competition Bureau is looking into the issue of "astroturfing" – fake online reviews written to look like they come from regular consumers, but that are actually written by someone affiliated with the product or service being reviewed.

The federal watchdog confirmed on Friday that it has received complaints about the practice from consumers and has begun looking into the matter. The bureau would not confirm whether it has launched a formal investigation, how many complaints it has received, or which reviews are involved.

"We've definitely received complaints about astroturfing, or fake reviews online," said Phil Norris, senior communications advisor with the Bureau. "...We are aware of this issue and we're looking into it."

This week, BCE Inc. confirmed it had to send a message to employees at subsidiary Bell Canada not to write reviews of its own products.

That statement came after Scott Stratten, author and founder of the Oakville, Ont.-based firm UnMarketing, wrote a blog post pointing out that some of the five-star reviews for Bell's "MyBell Mobile" application on the Apple AppStore appeared to have been written by Bell staffers.

The names associated with the reviews included: Mike McEnery, a Bell associate director; Steph Steen, a marketing manager; Charbel Nassif, a performance manager, and others. Those reviews called the application "awesome" and "excellent," but were in sharp contrast to one- and two-star reviews by others, which called it "shameful" and bemoaned the "fake reviews" to the contrary.

"The postings were the result of an overzealous effort on the part of our service team to highlight the app," Paolo Pasquini, director of communications and social media, wrote in an e-mail this week. "It's certainly not Bell's practice to encourage employees to rate our products, and we're sending a clear message out to the team to that effect."

Bell did not respond to questions Friday as to whether it has heard from the Competition Bureau on this matter. The bureau said that it conducts its work confidentially and could not say whether it was investigating Bell.

"I can confirm that the Bureau is aware of media reports on the issue," Mr. Norris said.

Astroturfing is more common than many consumers realize and some companies offer to write positive fake customer reviews for brands for a fee.

That's a concern for consumers because research online and in social media plays a much larger role in purchasing decisions than ever before. People are more likely to buy a product if they believe other consumers have had a positive experience.

The Bell staffers who wrote reviews seem to have used their real names. However, any failure to disclose an affiliation with a product could raise concerns.

The Competition Bureau has never enforced the law in a case of astroturfing before. However, this summer, it released a bulletin urging consumers to be wary of fake online endorsements.

"It's a relatively new phenomenon," Mr. Norris said. "We absolutely encourage consumers to report any instances of suspected astroturfing or fake reviews ... [it] helps us to gather evidence."

This term refers to fake online endorsements created to persuade people to buy something. When reviews or testimonials are designed to look like they come from an average consumer, but are actually written by someone affiliated with the company behind the product or service being discussed, -- examples could include an employee of the company or a marketing firm paid by the company -- that's astroturfing.

What does the law say?

The criminal provision (section 52) applies if there is clear evidence that materially misleading or false representations were made "knowingly or recklessly." -- for example continuing to make those types of representations even after receiving a consumer complaintThe bureau must determine that it would be in the public interest before pursuing the criminal track.

What if a company is guilty?

If a person is guilty of violating the criminal provision, it can mean a fine of up to $200,000 and/or jail time up to one year for less serious offences (summary convictions). If the violation is an indictable offence (more serious) then the court can impose fines at its discretion and/or jail time up to 14 years.

If a person or corporation is guilty of violating the civil provision, there are a number of possible consequences. The court could order the conduct to stop, could force the person to publish a "corrective notice," and even freeze assets in some cases until restitution is paid to customers. The court can also impose administrative monetary penalties. For individuals, these can be up to $750,000 in the first instance, and $1-million in subsequent cases. For corporations, the penalties can be up to $10-million in the first case and $15-million in subsequent cases.

Russell Smith: Getting into a tizzy over amateur responses
October 24, 2014 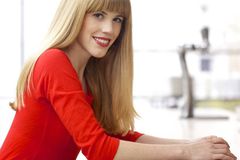 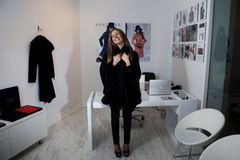