It seemed inconceivable that it had to be said.

When U.S. first lady Michelle Obama stood before a crowd in New Hampshire last week, she reminded them that "our nation's leaders should meet basic standards of human decency." Stumping for Democratic candidate Hillary Clinton, she decried the "bigotry and bullying" that has become characteristic of the American presidential election campaign.

People on all points of the political spectrum are feeling the effects of the most divisive political climate the United States has witnessed in years: Fifty-two per cent of American adults surveyed said the 2016 election has been a significant source of stress, according to a release last week by the American Psychological Association. In its release, the APA offered people tips to cope with their election stress.

Now, a Canadian advertising and marketing consulting agency wants to lend a hand.

Toronto-based The Garden has created a bit of a sensation with its campaign, "Tell America It's Great." Launched last week, the initiative encouraged people to use the hashtag #tellamericaitsgreat to send messages of encouragement to our neighbours to the south.

The slogan was a riff on Donald Trump's campaign slogan, "Make America Great Again." In the campaign video, one Canadian says, "I think you're already great."

"Every day it was a negative piece of news, and it was getting heavier and crazier. … It started to be depressing," said the Garden's co-founder, Shari Walczak. "We thought, is there a chance to inject a bit of optimism into the conversation?"

Certainly, the campaign is not meant to whitewash the existence of very real problems in American society – and that have been laid bare in part by the vitriol of this campaign cycle. But the agency's founders said they wanted to provide some respite from that negativity.

Americans have also responded, with messages labelled #tellcanadathankyou. Celebrities including Mia Farrow and George Takei tweeted their thanks.

"It's been bonkers," said The Garden's co-founder Shane Ogilvie.

The campaign has now exceeded expectations: over one million messages using those two hashtags (as well as #tellamericanitsgreat, a typo that caught on) on Facebook, Twitter, LinkedIn and Instagram, according to The Garden.

And on the way, it has become a bit of a marketing boon for the agency itself: The Garden launched last February, now employs 15 people and has worked with clients including Cineplex Inc., Ernst & Young, and the Glentel Inc.-owned retail stores Tbooth Wireless and WirelessWave. Unlike some ad agencies, which work on retainer as "agency of record" for brands, The Garden is part of a larger industry shift toward more contract work with clients on a project-by-project basis.

Since the campaign has received so much attention, the Garden has been fielding calls from a wider range of clients.

"People are reaching out to us from all over the world … ," Mr. Ogilvie said. "We can't predict what will come of it in the future, but right now we're getting a lot of attention. As a startup, getting our name out there is important. And getting it out there in this scale is incredible."

Jimmy Kimmel Live created a parody video sending best wishes back to Canada – which eventually devolved into insults about Justin Bieber and the Canada geese that brought down Captain Chesley (Sully) Sullenberger's plane.

"I knew we were in bad shape; I didn't realize we were in such bad shape we needed Canada to send us a cheer up video," Mr. Kimmel said on his show.

The attention has been so widespread, the agency says it was contacted by the U.S. Library of Congress to include the video, website and other campaign materials in its historical archives related to the 2016 election.

Ms. Walczak and Mr. Ogilvie believe the campaign's infectiousness contains a lesson for marketers: In social media, control over the message is in consumers' hands, and a conversation will go further when people – not brands – are leading it.

"Brands need to get used to the idea of taking not necessarily a back seat, but a side seat to the message," Mr. Ogilvie said. "Let the message be something that matters to people, rather than trying to do a hard sell." 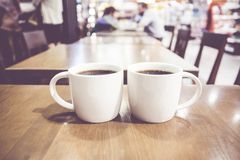