When he was a boy, Iain Chalmers remembers having two kinds of mustard in the fridge: French's and Dijon. Now, the vice-president of marketing at Diageo Canada has at least seven. He knows he is not alone. Consumers' more expansive tastes are making his job much easier.

The people embracing the mustard panoply of foodie culture are the same ones drinking craft beers and brown spirits. That has pushed up sales for spirits makers such as Diageo. And last week, Mr. Chalmers got another helping hand when Crown Royal Northern Harvest Rye was named the World Whisky of the Year.

For the influential Whisky Bible, published each year by British writer Jim Murray, to anoint a Canadian whisky, and call it a "masterpiece," is a big deal.

"It's a huge ranking," Mr. Chalmers said. "The accolades help with getting consumers into different brands – to say, 'The credibility of this must be really good. I'd better try it.'"

For Diageo's marketing strategy, the timing could not be better. Just last month, the company launched a new advertising campaign with the slogan "We make whisky the Canadian way." The ad highlights the distillery in Gimli, Man., and leans heavily on the type of imagery that spirits makers use to cue viewers to the quality of their products: fields of sun-dappled crops; a skilled distiller inhaling the scent of the product; wooden barrels used in the aging process.

Before that campaign began, Crown Royal's marketing had focused mostly on reminding drinkers – who are already edging away from beer – to consider whisky during occasions when they otherwise would have sipped suds. The brand has rink boards at a number of hockey venues, for instance.

But as the past three years saw what Mr. Chalmers calls "a renaissance in brown spirits," the brand decided to talk more about quality. The new ranking gives that ad campaign a major boost.

"It elevates Canadian whisky," Mr. Chalmers said. "For a few years, people were buying the bourbons, they were looking at scotches or Irish, but Canadian whisky wasn't as much in their consideration set. So we knew what we needed to do was to talk about the quality. This re-emphasizes our positioning."

Maybe too well. Compared with the total Crown Royal portfolio – which ships about 600,000 12-bottle cases per year in Canada – Northern Harvest Rye launched only this year and with just 10,000 cases. Most stores have quickly run out of stock in the past week. At one B.C. liquor store, Mr. Chalmers said, when five new cases arrived, they sold out in a matter of hours. Because the product is aged for three years, there is only so much more of it Diageo can bring online. Northern Harvest is also sold in the United States, where the stock is about 100,000 cases and enthusiasm has also been high.

The company is now considering how best to allocate its stock to take advantage of the ranking, particularly as the holiday shopping period arrives.

Mr. Chalmers is hoping that it will have a halo effect on the rest of the Crown Royal brands, which had double-digit sales growth in the past year. The company has introduced new products into the lineup, such as an apple-flavoured variant, to attempt to draw in the drinkers who are trying different things.

"This gives consumers a reason to put that into consideration. … It's no different from walking up to a shelf with wine and seeing 99 points from Robert Parker," he said, referring to the 100-point scale of the famous critic behind the newsletter The Wine Advocate.

Diageo will be working on communicating the news through retailers at the shelf, and through its advertising.

The segment is growing: From 2005 to 2014, consumption of Irish whisky in Canada rose 242 per cent; bourbon was up 85 per cent; "deluxe scotch" 4.5 per cent; and "deluxe" and "premium" Canadian whiskies grew 3.5 per cent, according to industry group Spirits Canada.

But the trend toward brown spirits had a slightly delayed effect for Canadian brands, Mr. Chalmers said. He is hoping that the ranking will change that, and his team is now considering how to manage the marketing strategy in the months ahead to capitalize on it.

"A few years ago, the industry was flat," he said. "Consumers are going to the brown spirits, and we want people to go to Canadian whisky." 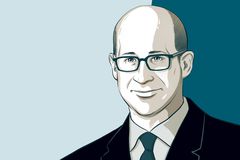