Knowing that 79 per cent of your customers are going to say no to large or small beverages (cold or hot) is the kind of customer insight Square is trying to impart to its cohort of Canadian merchants. And with the launch this week of a new simpler, mobile-friendly analytics platform that does some of the tricky math for sellers (and updates hourly, daily and monthly), Square hopes it can help its users stock the right items to keep its growth story going in Canada and the U.S.

A look at food orders placed in 2014 highlights some Canadian cravings: According to Square, we are far more likely to take bacon over sausage, we'll choose 2 per cent milk over skim, and banana came second to strawberries. Also, Canadians more frequently chose to eat at a Square merchant's store rather than get food to go.

Square – founded in 2009 in San Francisco and launched in Canada in October, 2012 – provides software and accessories to turn a smartphone or tablet into a credit-card reader and point of sale system. Square is able to pull data from customer transactions across its network, for which it charges 2.75 per cent per swipe. In 2013, at least 800 merchants processed $100-million in payments across Canada, and Square says it is on track to double the number of sellers in many markets.

Swati Mylavarapu, the business lead at Square Canada, says that 20 per cent of the nation's small businesses now use the service, but it's not all coffee shops and poutine shacks. The three largest merchant categories are retail, service providers (everything from accountants to beauty professionals to dentists) and contractors or repairmen.

"Transportation is one where we're seeing faster than average growth," says Ms. Mylavarapu, particularly for taxi drivers and limos.

Recent media reports have cast some doubt on Square, founded by tech darling Jack Dorsey, who also co-founded Twitter Inc. The Wall Street Journal and Fast Company magazine have suggested the privately held company, valued at almost $5-billion, may be burning cash too quickly and is rapidly cycling through such "plan B" ideas as short-term cash advance service Square Capital to boost revenue ahead of a possibly delayed IPO.

Square's attempts to get to very large scale in payments may be blocked by existing point of sale companies that already have most of the bricks and mortar retail market. Meanwhile, Amazon.com recently announced its own mobile payments service with lower fees for small businesses (not available in Canada yet).

Forrester Research has predicted the global mobile payments market could be worth $90-billion by 2017. But Square makes very little revenue per purchase, and has long acknowledged that customer data was the real value centre in its business. The convenience and "wow factor" of turning a smartphone into a cash register is appealing to sellers, but for them, too, Square's data tools let them identify new or returning customers, average spend and those critical customer preferences.

"In business school this is what you learn about," says Square user Tomas Romita of MADE Clothing Co. "We went and did an analysis, and after a couple months of data, we increased our profitability by 20 to 25 per cent … we had dead categories." For instance, he assumed a service that sells bespoke suits and shirts would also sell ties, but men just weren't buying them unless they were bundled together in a suit, shirt and tie package … so he stopped selling them stand-alone.

Mr. Romita also realized was he was leaving money on the table in some instances. By using Square to track and test certain add-ons available for a suit order (functional buttons, or lapel style) he was able to fine-tune the pitch for these extras. Now, "we are at a 90-per-cent upsell on our suits." 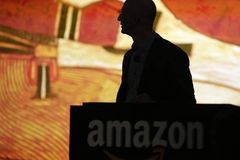 Invoicing apps put accounting department in palm of your hand
May 11, 2018 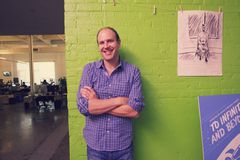 Ten ways to secure your customer’s information
May 12, 2018 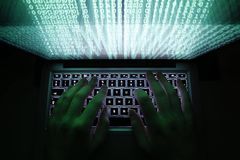