Sport Chek ran the test to see what would happen if it migrated all its advertising to Facebook.

Duncan Fulton, the head of marketing at FGL Sports, which operates Sport Chek, said the retailer wanted to run the experiment after discovering that only an estimated 17 per cent of its customers actually read their paper flyers.

"The flyer is a horribly inefficient marketing vehicle for Sport Chek," he told reporters recently at the annual general meeting for parent company Canadian Tire Corp.

For those two weeks, the retailer, which sells everything from clothing to sports equipment, saw its national sales spike 12 per cent, year over year, while sales of featured items jumped 23 per cent compared with the same period a year ago.

It's latest two-week test run ends Sunday and could lead the way for the company to divert about 25 per cent of its advertising budget for paper flyers toward digital advertising. The retailer spends about $20-million a year on printing its flyers. Canadian Tire, in comparison, spends about $100-million annually on flyers, printing about 11 million copies weekly.

But not all retailers are convinced that consumers are ready to give up the ubiquitous paper flyers.

"There is a lot of costs with paper flyers and retailers would love for digital to replace it, if it could be just as effective," said Philip Scrutton, of Toronto-based market research firm BrandSpark International.

"They don't feel like they can do that just yet. Print flyers are still a big part of shoppers' habits."

He said consumers, particularly those who like to shop at discount grocery stores, like paper flyers because they can carry them around, circle deals and easily access them for price-matching at competing retailers.

In a study from November, BrandSpark found that 95 per cent of 18,700 Canadian adults polled said they still check grocery store flyers at least once a month, either from the mail or in-store. About half of those polled reported checking print flyers before shopping and 23 per cent said they looked at online flyers.

But as more Canadians use their mobile devices for shopping, it's only natural for retailers to expand their advertising budgets to include digital, said Wehuns Tan, the CEO and co-founder of Toronto online advertising company Wishabi.

He said change has been slow, with many retailers merely supplementing their paper advertising with digital flyers, but not eliminating the leaflets completely – a move he doesn't expect for at least two to 10 years, if at all, despite the many advantages of digital over paper including eliminating printing and distribution costs and the ability to track sales through online clicks.

"We're not just targeting a group of households or blanketing Canada with flyers, but we're able to target consumers who might have an interest in the products," said Tan, whose company includes many American clients as well as Hudson's Bay Co., drugstore chain Rexall, and The Brick and Leon's Furniture Canada.

"Being able to customize and merchandise the right product to the right consumer is critical for the future of flyers."

For example, a pet store may not want to send flyers to someone they know doesn't have a pet, while home hardware retailer Home Depot can use weather reports in their digital flyers as a way to push related merchandise, such as shovels and snow-blowers during a winter storm, to specific areas of the country.

Tan said the success of digital flyers will depend on their accessibility and ease of use. Last November, the company launched a mobile app called Flipp, which aggregates flyers. The app, which can be used on a tablet or smartphone, has 500,000 users a week who use it to search all flyers for deals and create shopping lists.

With Sport Chek, their Facebook ads showed up in the newsfeeds of all users, and usually highlighted a lifestyle instead of just one product. When the retailer wanted to sell hiking shoes, it had an ad that showed an athletic outdoorsy man hiking through the woods. When it wanted to sell a bicycle, it showed a trail rider tearing through a forest.

Even though digital may be the future for Sport Chek, Canadian Tire will likely stick with their tried-and-tested paper leaflets for some time, Fulton said.

"I don't think the Canadian Tire flyer is going anywhere, any time soon … I still think it may be the most well-read piece of paper in the country," he said.

"But one day, it will be insane to remember the days that we put out 11 million pieces of paper to advertise offerings, given where digital is going today." 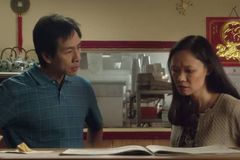 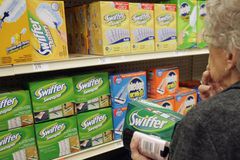