When Dove's "Campaign for Real Beauty" launched in 2004, it was a revelation.

Sure, the Unilever SA-owned brand ultimately was still trying to sell beauty products to women, but you can hardly ask an advertiser not to sell; at least, while doing so, Dove presented a different vision of beauty from the vast majority of advertising inflicted on women. The ads showed women's C-section scars, tattoos, wrinkles and freckles. In an industry dominated by convoys of mostly white, size-zero models, Dove ads included women with varied body types, ethnicities and ages.

But the campaign has turned on the women it claims to champion.

In a global launch this week, Dove released an online video featuring women in five cities around the world who arrived at office buildings or shopping malls and were confronted with two doors: one labelled "average," the other "beautiful."

The exercise was designed to show how hard women are on themselves. Many participants chose the "average" door, and reflected on how that felt.

The video raises troubling questions for Dove's marketing team. For one, women are rated on their appearance all day, every day. Passing strangers on the street regularly feel free to evaluate women vocally, or to tell them they would be prettier if they smiled. Is asking women to subject themselves to public physical evaluation really the best exercise for a brand built on promoting self-esteem?

"It puts it all on women: We should just shape up and increase our self-esteem, as if it were that easy," said Jean Kilbourne, the creator of the documentary film series Killing Us Softly: Advertising's Image of Women. "It so trivializes the extraordinary pressure there is on women to conform to a certain ideal – and the awful contempt that lies in wait for us when we fail."

While Ms. Kilbourne applauds what Dove has done with the campaign in the past, she said recent videos have become "very patronizing."

By conducting this kind of "experiment," Dove is trying to replicate its past success. In 2013, its "Sketches" video became a viral hit by examining how women put themselves down. An FBI-trained forensic artist drew women unseen, based on their descriptions of themselves, as well as descriptions of them by strangers. The drawings based on strangers' views were far more flattering.

That campaign received tens of millions of views and took home a pile of awards, including the highest honour at the Cannes advertising awards in 2013: the Titanium Grand Prix. While it attracted criticism, people who related to the message shared it, a powerful legitimizing force for a brand.

Since then, Dove has repeated the theme. Last year, a video showed women wearing a patch: They were told it would make them feel more beautiful. The big reveal? It was a placebo. Cue the introspection, followed by women's commitment to change their attitudes. The new "Choose Beautiful" video uses the same tactic.

"It felt heavy-handed and manipulative," said Kat Gordon, founder of the 3 per cent Conference, which advocates for more leadership roles for women in the ad industry. "If you think about what made the original Dove Real Beauty work so powerful, it was that they called B.S. on the standards that the world tells women to aspire to. … Showing women happy in their own skin was so jolting."

That is not to say that the campaign has never been problematic. Ads such as "Onslaught" – showing the bombardment of objectifying images of women in pop culture – were called out for hypocrisy, considering Unilever failed to get its own house in order. It owns the Axe men's care brand, which has been responsible for some egregious depictions of women in its ads. In international markets, Unilever sells skin-lightening creams, one of which is called "White Beauty."

But that early work – some of it from Canada, such as the award-winning "Evolution" video showing the impossible beauty standards created through photo retouching – felt very different, especially coming from a beauty brand.

"Trying to run a pro-feminist advertising and marketing campaign is a real paradox. ... In the end, it's still all about selling beauty products," said Meenakshi Gigi Durham, a professor at the University of Iowa School of Journalism and Mass Communication, and author of the book The Lolita Effect. "But given that we live in a consumer society I'd rather buy products from a company that's at least trying to find a more ethical way to reach customers, rather than one that's still completely entrenched in gender stereotypes, like Carl's Jr. or Victoria's Secret."

It's hard to know whether Dove truly paved the way for more recent marketing moves, such as the Always "Like a Girl" campaign, or clothing brand Aerie's pledge not to retouch photos of its models – or whether changing attitudes have simply made it profitable to hop on the bandwagon. Dove does provide a test case for businesses that progressive messages and profit can go hand-in-hand: Advertising Age reported that Dove's sales increased to $4-billion last year, compared with $2.5-billion in 2004. (The company would not confirm whether this number is accurate.)

The tone of the more recent videos, however, is more condescending. The campaign implies women need to simply rise above the intense scrutiny over their appearances that they face every day. More importantly, it implies beauty is somehow a core element of a woman's self-worth. If women are anxious about the beauty ideals presented to them, is the best solution to symbolically pat them on the head and tell them they are pretty? Or, should Dove evolve its campaign by discussing the larger scope of what makes women feel confident and fulfilled?

"There's this term being used – femvertising – and all these brands are trying to hop on the bandwagon," Ms. Gordon said. "I'm so much more excited about work that doesn't have such an obvious framework of 'rah rah women' and more about work that reflects the true female experience."

Dove stands to gain even when its work is controversial, because it starts a conversation.

"We created 'Sketches' and 'Patches' and 'Choose Beautiful' to intentionally provoke a debate about women's relationship with beauty," said Diane Laberge, marketing manager at Dove Canada, citing the company's research that found four out of five women surveyed are anxious about how they look. "It definitely is a real challenge for women."

Almost everything will offend someone, particularly when an advertiser attempts to speak to serious issues. Advocating for realistic portrayals of women is laudable: the "Real Beauty" campaign should not be abandoned entirely. But Dove needs to think about where it goes from here.

After more than a decade, the bland patina of "empowerment" may not be enough to reach younger consumers who are media-savvy and highly skeptical. If viewers begin to see Dove's approach as patronizing, the greatest risk is not that they will take offence, but that they will roll their eyes and ignore the message entirely. 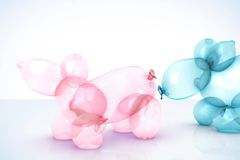 Trix are for kids (and adults): Cereal makers put their faith in nostalgia
April 2, 2015 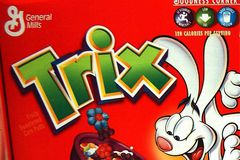 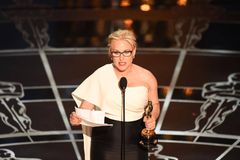