American rapper Dr. Dre has hip-hopped over strict Olympic marketing rules by giving his high-end headphones to athletes, with officials on Friday ruling this did not breach guidelines.

The International Olympic Committee (IOC) forbids athletes from taking part in advertising for anyone except the 11 international companies that pay around $100-million (U.S.) each for four years of global rights to sponsor the Olympics.

The rules are designed to prevent "ambush marketing," or non-sponsors getting free publicity on the back of the Games.

Officials became suspicious as an increasing number of athletes from Britain, China and other nations appeared at events sporting Beats by Dr. Dre in their national colours.

A spokeswoman from the trendy private members' club, Shoreditch House, near the Olympic Park in east London, confirmed the Beats brand had set up a collection point there for invited athletes.

IOC spokesman Mark Adams said officials were aware of Dr. Dre's offer to athletes from about 20 nations but stressed it was up to each national Olympic team to ensure athletes protected the sponsors.

"We have to take a commonsense approach," Mr. Adams said. "There is a difference between someone using equipment with a logo and someone promoting the brand."

Marketing experts said the tactics used by Dr. Dre raised questions about the rigidity of the IOC rules which have come under attack from athletes at London who are angered they cannot show support at the Olympics for the companies that back them.

"You are going to have athletes wearing the brands of companies that sponsor their national teams or themselves for the 3.5 years out of the Olympics. The IOC has got to relax."

Targeting Olympic athletes is in line with the marketing strategies used since the Beats headphones were pioneered in 2006 by Dr. Dre in partnership with music producer and entrepreneur, Jimmy Iovine, of Interscope/Geffen/A&M Records.

Their joint company, Beats Electronics, ensured celebrities such as Lady Gaga and Justin Bieber and sports names such as LeBron James were spotted wearing the large headphones with the trademark "b" and the headphones often appear in music videos.

Dr. Dre, born Andre Young, knows the celebrity game well. He found fame with the gangsta rap group N.W.A. in the 1980s and went on to produce albums and oversee the careers of many rappers, including Snoop Dogg, Eminem, 50 Cent and Game.

These celebrity endorsements helped spark a craze for the high-performance and high-price headphones, even in a sluggish economy.

Beats captured 53 per cent of the $1-billion headphone market in 2011, according to market researcher NPD Group.

Beats sell for $210 to $530 in the Westfield shopping centre next to the Olympic Park.

Athletes have used headphones and earphones ever since the advent of the Sony Walkman back in the late 1970s.

Sports psychologists say blocking out distractions can help athletes focus and get into "the zone," while listening to the right kind of music before a big race can help psyche athletes to go for gold.

A host of athletes have arrived at their events in London sporting Beats, including British diver Tom Daley and Chinese gold medalist swimmer Sun Yang.

This prompted a warning to British athletes.

"We have reminded them of the importance of protecting our sponsors," a spokesman for the British Olympic Committee said.

The one official sponsor that makes headphones, Panasonic, had no comment to make on the Beats marketing campaign.

No one was available at Beats Electronics to comment on the marketing strategy at the Olympics.

The Dr. Dre campaign emerged as dozens of athletes launched a Twitter protest against the IOC's Rule 40, which forbids competitors from mentioning their own sponsors during an Olympics and can lead to disqualification if breached.

U.S. sprinter Manteo Mitchell summed up the view of many Olympians when he tweeted: "I am PROUD to represent my country … But at the end of the day … THIS IS MY JOB!!!!" 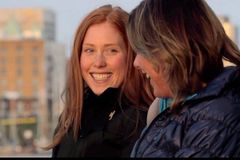 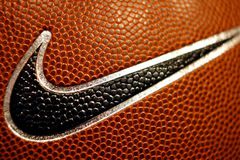 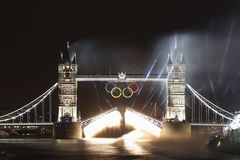