People without the money to buy a new vehicle may not seem an obvious target for a car company.

But Ford Motor Co. of Canada Ltd.'s latest marketing effort is going after just that type of consumer – on the theory that they are the car owners of tomorrow.

Beginning this month, Ford is partnering with car-sharing service Zipcar Inc. to try to dominate the company's fleets on university campuses.

It's an expansion of a partnership Ford Motor Co. struck with Zipcar in the United States last August, which saw it roll out vehicles to more than 200 schools south of the border. It will now have a presence at all 11 campuses in Toronto and Vancouver where Zipcar has cars parked for student members to rent, and will expand across Canada as Zipcar moves onto or near more campuses. Ford will make up 60 per cent of Zipcar's campus fleet by September.

The idea for Ford is to reach students and build loyalty among them, before they reach the stage of life when they are ready to buy a car. And it reveals the marketing power of increasingly popular car-sharing services such as Zipcar, Modo in Vancouver, AutoShare in Toronto, and others.

These services charge fees that allow consumers the use of a car often at lower rates than traditional rentals and without the expense of insurance, maintenance and other costs associated with owning. Members often have money constraints, environmental concerns, or downtown addresses with shorter commutes to work. But those consumers may graduate to owning their own cars later, and these services allow them to drive models they might not try otherwise.

"More and more manufacturers have taken notice," said Zipcar president and chief operating officer Mark Norman. "It seems like a very unique way to get products in front of an urban or student consumer that are hard to reach otherwise. There aren't that many dealerships right in the middle of urban centres, and definitely not near college campuses."

And even when there are dealerships nearby, most people are not inclined to go for a test drive until they are ready to buy. Ford is hoping to build loyalty among consumers before they get to that stage.

As part of its partnership, Ford is sponsoring $10 discounts off the $35 student memberships and is lowering the hourly rental rate for cars in the Ford campus fleet by a dollar. It's all to encourage a higher rate of Ford rentals.

"All things equal, Ford gets picked up first," Mr. Norman said of the experience in the United States so far.

"There's been some great success stateside with the program," said Paul Roy, director of product marketing at Ford Canada. " … This is a great opportunity to get someone behind the wheel who might not otherwise consider a Ford."

The auto maker is not the first to tap into Zipcar's potential as a marketing vehicle. Just over a year ago, in January, 2011, Toyota Motor Corp. used the membership program as a test market for its plug-in hybrid vehicle, the Prius. Before the 2012 model was even available for purchase, Toyota put eight of them at Zipcar locations in four cities in the United States (Boston and Cambridge, Mass., Portland, Ore., and San Francisco, Calif.). Toyota did this to get feedback about the plug-in vehicle and to test its popularity with Zipcar members to help it tweak certain features before it went to market.

"The marketing and the research teams there said this is a great new product from a sustainability standpoint; how can we get this in front of thought leaders and high users who would best put this product to the test, and tell people about it?" Mr. Norman said.

Using car-sharing as a marketing tool gives auto makers access to thousands of consumers who might have no interest in their other advertising efforts because they are not yet in the market for a car of their own. As of year-end 2011, Zipcar alone had more than 673,000 members in the U.S., Canada and the U.K.

"The primary reason for discontinuing a membership tends to be around a life change – a change in commute or a move out of the city," Mr. Norman said. "And [members]do say that when they buy, they tend to prefer models they've had a good experience with." Auto sales sizzle as recovery heats up
May 8, 2018 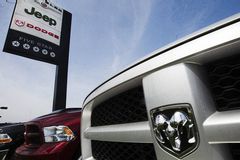